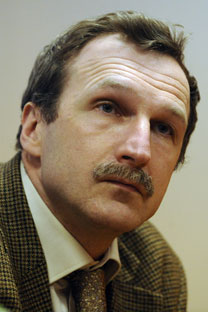 The political map of the Middle East and North Africa is starting to drastically change right before our eyes. Compared to this “Perestroika”, the Velvet Revolutions of the late 1980s in Eastern Europe will seem like child’s play.

It seems that, today, being happy for how “people are bringing down dictators”, who have overstayed their welcome and became mired in corruption, would be an oversimplification of the current events. There is not much reason to rejoice. Although, yes – they have become mired in corruption, yes – they have overstayed their welcome, and yes – they did waste their countries’ resources one way or another. However, a boisterous street crowd – is a poor guarantor of democracy – much like it is a poor guarantor of an efficient economy and quality governance.

The main question is – what’s next? Perhaps, in some or most of the “renewed” Arab states the old autocrats will be replaced with the new, property redistribution will take place, new compromises will be reached among the current elite – and the system will reproduce itself, with some cosmetic changes. Perhaps, part of the Arab world will continue seeing turbulence. The street crowds, having felt the power, will remain in politics and continue making new demands. New regimes will replace the old. The cost of the unending political chaos will be worsening a economic situation, destruction, and famine.

If, on another hand, we move from the subjective suppositions about street revolutions (brazen corruption, permanence of the governance style, the insolence of the elite, who have become out of touch with reality, etc.) to the objective, then the new leaders – whoever they may be – will not be able to avoid the objective problems. And this already becomes a challenge not only for the Arab states, or the former Third World countries, but also for the entire international security system and the global economy.

What to do about the colossal demographic pressure within the uprising countries, when nearly half of their population – are youth, who are unemployed and without life prospects? How to feed this abyss of people, considering the fact that moving the agricultural sector onto the intensive farming track calls for colossal investments, and a fundamentally new investment climate? Perhaps, if a universal government reigned over the world, it would make a conscious effort to allocate investment support for all the turbulent regions for the sake of social stability and progress. However, such government does not exist, similarly as fair trade rules, despite the WTO. The global economy is what we do have, but without an effective global regulator of cross-country relations. In essence, there are no institutions that could work on global issues on a level, higher than simply bureaucratic talk.

For now, the Arab revolutions do not hold the answer to the challenges, facing these countries. Either way, to produce such answer, a fundamentally new economic and social project may be needed. At one time, socialism, as a system, had played that role for the 20th century. The communist ideology stemmed from the understanding that there is “a just world order”. There is a possibility that a version of this type of answer will be again proposed by someone in the 21st century. For the Muslim states, it may be proposed by Islamists, as it happened in the dire Afghanistan by the Taliban. Meanwhile, there is a high chance that the new economic or social project (if it does indeed happen) will come into conflict with the Western project, the Western way of life, and Western values, in their form which was achieved after centuries of transformations – including the system of international and economic relations, which exists today, and in which countries that represent a large part of the world’s population do not believe they have played a significant enough role, or have a significant enough share.

In the end, the human population will always have the “in-case-of-emergency” method of regulating its own size in accordance with the resources, provided by the production capacity level, and the level of public and government institutions. And that is – war, which, this time, seems to be starting in the Arab East.