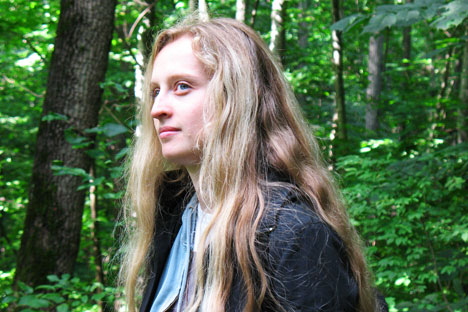 Anna Yablonskaya’s death in January’s Domodedovo bombing deprived the world of one of its budding artistic talents.

Playwright Anna Yablonskaya was among those killed in the bombing of Moscow's Domodedovo airport on Jan. 24. She had flown from Odessa to Moscow to collect a prize from Iskusstvo Kino (Cinema Art) magazine. Yablonskaya, whose real name was Anna Mashutina, would have turned 30 this summer. She is survived by her husband and three-year-old daughter.

A Ukrainian dramatist and poet who studied international law in Odessa, Yablonskaya wrote her works in Russian. In 2004, she was long-listed for the Debut Award, which set her on the path to international recognition. In 2006, she was invited to take part in Theaterbienalle in Wiesbaden and the Springdance festival in Utrecht. Last year, she went to London to participate in the International Residency at the Royal Court Theatre, which is due to stage a public reading of her most recent play, Pagans, in April. In Russia, it wasn’t only theaters that were interested in her works: Established producers and filmmakers also kept an eye on the young Odessa author who was seen as a new voice and promising talent.

What distinguishes Anna’s plays, poems and prosaic works was her embrace of tragedy. Whether strikingly comic, shrill or quiet, all her texts have a tragic touch. Her characters are estranged from this world, coping with problems They are mostly unhappy and live broken lives, but at the same time they are shown from a comic and grotesque perspective. Her texts also strike the reader as starkly realistic, portrayals of life in post-Soviet Russia and Ukraine. And yet at the same time, her creative method is close to that of Nikolai Gogol, the great 19th century writer who was also of Ukrainian origin. In Yablonskaya’s work, parallel worlds coexist with the everyday life of her characters, plunging them into fantastic or metaphisic experiences. They see the world through Gogol’s grotesque mirror, as in her Wasteland (Pustosh) play, which was shortlisted by Moscow’s New Drama Festival last summer. It is about a man who fails to come to terms with life after his experience serving in the army during wartime. However, Yablonskaya’s works are far from gloomy psychological dramas; in her plays, everything is exaggerated and brought to absurdity.

In Wasteland, the main character, Zhenya, who calls himself Scipio, lives in two worlds: outwardly in today’s Russia, but inwardly, some 2,000 years ago, as a Roman warrior in the declining the Roman Empire. Both worlds are closely intertwined: the ex-soldier living in today’s Russia finds a Roman uniform in the dump of a treatment facility where he gets a short-term job. Possessed with his Roman fantasies, he increasingly pulls his family into a different reality. Finally, he has to be treated by an obscure healer who used to work miracles as a Christian follower back in Roman times. In the end, we have the grotesque drama of a world with a hierarchy power structure, where people can be forced into deadly fighting as mere slaves.

In The Concierge (Kons’erzhka), things get even stranger. Yablonskaya wrote it using Shakespearean rhythms, but in terms of content she drew heavily on James Bond. While being very tough in some respects, her texts are also remarkably sensitive and intuitive. She observed people carefully, portraying them vividly with just a few strokes. The reader can easily imagine travelling in the same sleeper car of the Kiev-Moscow train with a 80-year-old woman from a border village, who was taken off the train because she had no idea about recent political events, and was traveling with an old Soviet passport. Under this comical surface, however, there lies a tragedy, and Yablonskaya knew it too well.

In her online blog, she often spoke of death, writing that she had “very little time left". And how little it was.