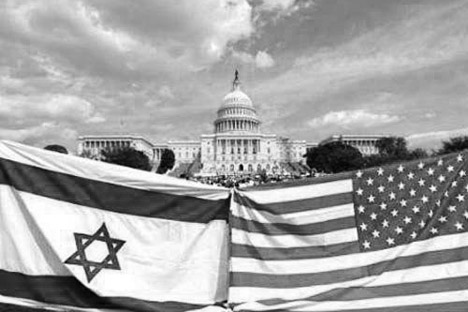 As the U.S. government debates where to cut spending, funding for Russia projects is low-hanging fruit, and for that, the Russian government is partially to blame.

A few weeks ago, Rand Paul – a newly-minted Republican senator from Kentucky, a darling of the Tea Party Movement, and the son of the prominent libertarian congressman Ron Paul – did what no American politician in his right mind would dare of doing: He called for the end of American financial aid to Israel.  Paul argued that faced with mushrooming budget deficits and the nation’s debt, the United States simply can’t afford paying $3 billion a year to a country boasting the 28th highest per capita GDP in the world.  “Should we be giving free money...to a wealthy nation?” asked Paul.  “I don‘t think so.”

There will be no real consequence to Paul’s initiative (except that it may well cost him re-election) since the all-powerful pro-Israel lobby would never let financial help to Israel stop or even decrease.  However, Paul’s escapade reflects the new mood of fiscal austerity that has set in on Capitol Hill following last year’s congressional elections.  A small army of freshman Republicans, inspired by the Tea Party, descended on Washington with one overriding goal in mind: to reduce the U.S. national debt (currently approaching $15 trillion) by mercilessly cutting government spending.  To them, the money the United States spends outside its borders seemed one of the most obvious targets.  As a result, Congress is now planning to reduce by at least $16 billion the amount of money the United States allocates for foreign aid.  Affected by these cuts will be $70 million in annual spending that go to support NGOs and human rights organizations in Russia.

While sending shock waves through Russia’s human rights community, this turn of events is likely to cause quite a few folks in Moscow nod in approval.  They will interpret the decision to cut the “democracy promotion” assistance to Russia as a sign of a “new realism” in Washington, proof of America’s diminished interest in Russian domestic affairs.  (It may even give a new life to the once popular argument in Russia that the Republicans are “better” than Democrats for U.S.-Russia relations, a notion that was so violently shattered by the eight years of the George W. Bush administration.)

In fact, the idea that the new composition of the U.S. Congress will make it less attentive – and, by virtue of this, less hostile – to Russia has little ground in reality.  True, the new Republican members of Congress are as ignorant and inexperienced in international affairs as they are passionate for “small government.”  The problem is that when it comes to foreign policy decisions, including Russia-related ones, they are not going to abstain.  Instead, they will delegate the decision-making to the “old guard” of congressional veterans, many of whom received their foreign policy training during the heyday of the Cold War.

Take, for example, Ileana Ros-Lehtinen, the new chairwoman of the House Foreign Affairs Committee.  Ros-Lehtinen doesn’t even try to hide her disdain for the Obama administration’s policy of “reset” with Russia.  She opposed the ratification of the New START treaty and called the civil nuclear cooperation agreement between Russia and the United States (the “123 Agreement”) a mistake.  Granted, Ros-Lehtinen’s position doesn’t allow her to affect U.S. policy toward Russia directly, yet by virtue of her ability to hold committee hearings (usually featuring rabid critics of the Kremlin as invited guests), she does have the potential to seriously poison the newly acquired positive tone in U.S.-Russia relations.

In the Senate, Ros-Lehtinen finds her mate in John McCain, who is rapidly becoming a restless advocate of a tough approach vis-à-vis Russia.  Barely a month goes by without McCain making yet another anti-Russian statement.  Back in December, he gave a speech in which he questioned the very utility of dealing “with the current Russian government."  (McCain obviously voted against the ratification of New Start.)  Just a few weeks ago, McCain used his address at the annual Munich Security Conference  to blast Russia for what he called “the illegal occupation of internationally recognized sovereign territory of Georgia.”

What complicates the efforts of the Obama administration to defend its Russia policy from Ros-Lehtinen, McCain and the like is the lack of an effective pro-Russian lobby in the United States.  So far, the Russian government has shown no interest in hiring professional lobbyists to represent its interests in Washington, a practice routinely employed by about 100 foreign countries from around the world.  Too bad.  Russia finally needs to realize that many past and present issues complicating its relations with the U.S. – the difficulty with the ratification of New START; the opposition to the 123 Agreement; the Jackson-Vanik amendment; the negative image of Russia in the American mass media – don’t arise by accident.  Instead, they are purposely created by the powerful anti-Russian interests in the U.S.  The best way to neutralize these harmful activities is to have its own, functioning pro-Russian lobby.

By calling to end the financial aid to Israel, Senator Paul might have committed the deadliest, perhaps even fatal, mistake of his young political career.  In contrast, Ros-Lehtinen and McCain have no reason to worry – regardless of what they say about or do against Russia.