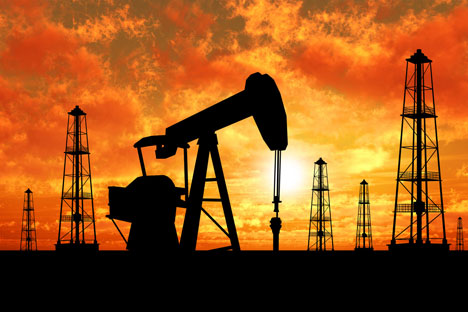 Russia’s economy took a hit in the first months of this year, causing some economists to worry that the recovery is starting to splutter and warning that the strong growth seen at the end of last year could reverse on the back of rising inflation.

From the top down, Russia looks in great shape – partly thank to the instability in the Middle East and North Africa that has sent oil prices past the $100 mark. Indeed, commentators are increasingly suggesting that Russia might emerge as a safe haven, as it is one of the few countries in the world that benefits from soaring oil prices.

To underscore this fact, the leading RTS stock market indicator broke 2,000 at the end of the first week in March, up 20 percent this year, on its way back towards its all-time high of 2,487.92, set on May 19, 2008 just before the crisis began. All the other major emerging market exchanges have sold off heavily as portfolio investors rotate back into the more traditional markets like the United States, calling some to wonder: “Is the emerging market story over?” More on that in a minute.

High oil prices are, of course, good news for the Kremlin. Growth in GDP is coming back nicely and will clearly exceed the state’s official 4 percent growth estimate for this year. The budget deficit will also come in this year well below the state’s 2 percent forecast. Total foreign investment is almost back to pre-crisis levels according to Uralsib analysts, coming in at $114.7 billion in 2010, up 40 percent from a year earlier. And the government officially announced at the start of March that it was going to start siphoning off tax revenues into the Reserve Fund again on as well as cutting some 300 billion-400 billion rubles from its 1.5 trillion ruble borrowing plans this year. The expectation was the Reserve Fund would run dry in 2011, with domestic and foreign borrowing plugging the state's spending gap.

However, like elsewhere, rising inflation driven by food and oil prices has worried everyone. Inflation in 2009 and 2010 were at post-Soviet lows of 8.8 percent and was briefly at an all-time low of 5.5 percent in July 2010. However, this year it has spiked to an annualized rate of well over 10 percent, causing the Central Bank to reverse its growth-supporting loose monetary policy with two rate hikes since December, the second one coming as a surprise at the start of March.

Rising prices have already caused pain. Retail sales were recovering strongly at the end of 2010, but they “dropped off a cliff” in January, according to Daniel Thorniley, the founder of DT Global Business Consulting, who advises most of the biggest fast-moving consumer good companies working in Russia.

It gathered pace at the end of last year due to the summer drought and poor harvest that pushed food prices up.

"These companies had stellar results in the last months of last year," said Thorniley, "but then sales dropped off a cliff at the start of this year. Clearly the demand is not stable."

Oil has brought macroeconomic relief, but the problem is that real and sustainable growth depends on domestic demand, and that is spluttering. Oil exports account for about a third of GDP and commodity prices are volatile, whereas consumption already makes up 52 percent of GDP and, once the spending starts, it is a stable and long-term driver of growth.

Russians are not happy with the sticker shock. An increase in real disposable income of 3.5 percent that was supposed to arrive in January actually turned into a 5.5 percent decrease. With less expendable cash, the Russian consumer pulled back, and nearly every retail statistic fell as a result.

Still, these results are not a death sentence for the recovery, as many commentators believe these results are just the "funny numbers" from January. Thanks to the Russian Orthodox Church calendar, nearly the entire country is on holiday from New Year’s Eve until “Old” New Year’s Day on Jan. 14.

Still, the recovery of the investment numbers testify to the fact that Russian and multinational companies are a lot more confident about the future of consumer demand, and burgeoning imports last year—almost entire made up by the imports of machinery—suggests that companies are currently retooling. The main upshot of the crisis seems to be a change in focus by the leading manufactures from chasing high-margin profitable goods to building up lower-margin but more sustainable revenue streams.

"The challenge in Russia is for companies to move away from a good profit model to a model which gives strong top line growth. This is still a challenge in Russia and globally," said Thorniley. Competition in Russia has arrived as companies are increasingly chasing the Joneskis’ ruble rather than the oligarchs’ dollar.