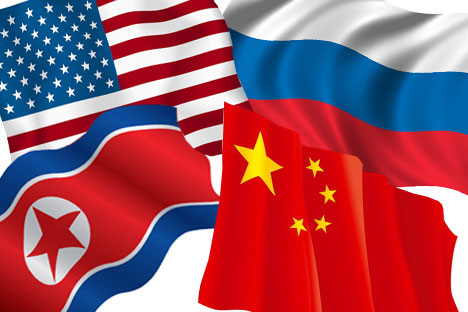 The United States’ strategic position in East Asia is favorable at present, not least because Washington’s deterrence policy toward its potential geopolitical rival in the region, China, rests on two key pillars. The first lies in direct proximity to China and includes footholds in Japan, such as the base in Okinawa, as well as others in Taiwan and the Philippines. The second consists of bases in Oceania, in particular Guam, and on the Hawaiian Islands.

It would seem at first glance that the deterrence infrastructure the United States created during the Cold War is up to the task of controlling the Pacific and limiting China’s potential spheres of action and influence to the mainland. But China’s economic growth is slowly translating into increased military capability and is, in the process, creating serious problems for the United States.

China’s pressure on the United States (its simultaneous rival and partner) will only continue to mount. The current strategic status quo in the Pacific Region is not at all suited to China’s national interests, depriving it of free access to the ocean and placing its military activity essentially under U.S. control. Taiwan, legally part of China, is the most vulnerable link in the U.S. deterrence system. Its reunification with mainland China will give Beijing free and uncontrollable access to the Pacific Ocean.

In addition to its military and strategic significance, Taiwan is also very important to China for economic and political reasons. A unification of their gold and foreign currency reserves alone would greatly strengthen China’s standing in the global economy. A unification of the two Chinas under the auspices of the Chinese Communist Party would mean that China could talk of having attained a crucial historical goal and, of course, would also guarantee it major political dividends.

The United States, which is fully aware of the importance of the first pillar in its deterrence strategy, and which is especially sensitive to developments involving Taiwan, will do its utmost to prevent or delay mainland China’s unification with Taiwan. In this respect a vital ingredient in resolving the Taiwan issue is the current situation on the Korean Peninsula, as it could give China a chance to enter into a major geopolitical deal with the United States.

Not only does North Korea’s archaic and unviable regime in no way benefit China, it is an encumbrance to it. China most probably supports it formally, out of habit. North Korea’s efforts to build a nuclear bomb present a credible security threat to China. Therefore, North Korea is an ideal bargaining chip in China’s talks with the United States. Beijing could even approve the introduction of harsh sanctions against North Korea or maintain neutrality during any punitive military operations against it, provided the United States agrees to China’s reunification with Taiwan (which could, for example, follow the Hong Kong scenario).

Should developments on the peninsula take a dangerous turn, this kind of “exchange” could well be the only possible option the United States has. It cannot allow an all-out war to erupt in Korea, not least because North Korea could decide to mount a nuclear attack against its southern brothers, thereby doing irreparable damage to South Korea and possibly Japan.

On the other hand, if North Korea continues to develop its nuclear programs, building sufficient nuclear warheads and delivery vehicles, Japan and South Korea may both follow suit and consider building their own bombs. This scenario would see the military and political situation in East Asia change dramatically. It would become highly explosive, leaving Washington little chance of having any influence amid these spiraling negative trends.

Therefore, a geopolitical exchange of Taiwan for North Korea would benefit both the United States and China. It would allow Washington to resolve the North Korean problem according to its chosen scenario while also giving China a chance to reunite with Taiwan and gain unfettered access to the Pacific Ocean.

This re-alignment of the United States’ first line of deterrence would not force Washington to tear up its regional strategy. Instead, it would have to rely more heavily on assets situated further away from China – its bases in Oceania and Hawaii – to deter Beijing. Whatever happens, all this will unfold a very long way away from the United States, and so removing the first pillar in U.S. deterrence is highly unlikely to have any negative effect on the country’s security.

Russia could also benefit from such a U.S. – Chinese strategic swap. There are three main reasons why this policy doesn’t go against Russia’s interests. First of all, Russia always declared that according to international law, Taiwan is a legal part of China, so Moscow will welcome the unification of China’s mainland with the island. The dismantling of the unviable North Korean regime and the neutralization of the Korean peninsula nuclear threat will definitely be in Moscow’s favor – in this case, Russian security would be strengthened. Moreover, if (and this is very likely) the unification of the two Koreas follows under the aegis of Seoul, Russian businesses will get a great opportunity to implement a number of promising economic projects (such as the Trans-Eurasian railway from Korea to the European part of Russia). And both sides will benefit from a common border.

Not least important will be the changing of the international atmosphere in East Asia. Although there are grounds for criticizing such strategic swaps, agreement over Taiwan and North Korea could indeed create solid and lasting foundations for the development of constructive U.S.-Chinese relations.

The grand exchange between Washington and Beijing would only be the first step toward new relations between the two great powers that dominate the East Asian stage, and would, in all likelihood, be followed by other agreements concluded in secret (and openly). Strategic dialogue could eventually encourage the sides to draw up new rules of the game, with limitations and boundaries that neither side would violate. And this dialogue will be conducted on the Realpolitik basis (with no ideological context that usually is an obstacle to international stability). This is definitely in Russia’s interests as well as in those of other national actors in the Asian-Pacific Region.