RBTH
Embassy of the Russian Federation inthe Republic of India 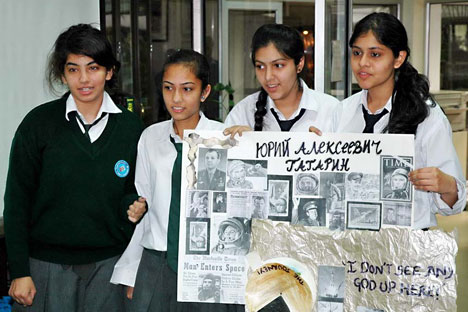 An Olympiad for Indian school children entitled “Russian Language—the First Language of Communication in Space” to mark the 50th Anniversary of Yuri Gagarin’s space flight was organized jointly by the Russian Centre of Science and Culture (RCSC), Institute of Russian Language and Delhi Schools at the RCSC on March 10.

The Olympiad went on successfully with the spirited participation and great enthusiasm of students, who are learning Russian language, from five Delhi-based schools—Springdales School, Pusa Road, Springdales School, Dhaula Kuan, D.P.S. Dwarka, and Bluebells International School. More than 60 students, accompanied by their teachers, were present.

The teachers were felicitated for their sincere initiatives and hard efforts in motivating and guiding the students.