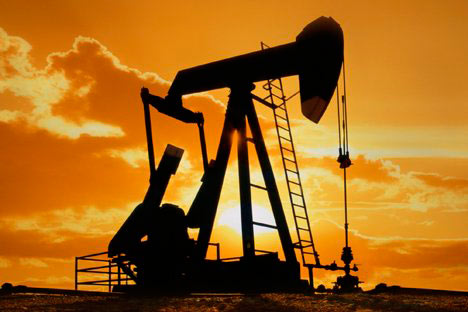 The volatile situation in the Middle East and the catastrophe in Japan may speed up an inevitable rise in oil prices before the world is ready, resulting in a new global economic crisis.

Earlier this week, analysts from Russia’s VTB Capital said that the cost of oil in the global economy is reaching levels typical of a recession. Concerns over oil prices in the Russian and international markets were first voiced in late January at the onset of mass unrest in Egypt and Tunisia. In February, mass protests spread to oil-producing Libya, and commodity prices immediately spiked.

The devastating earthquake in Japan exacerbated the situation. The world’s third-largest economy is facing an energy deficit due to damage to its nuclear plants, which produced about one-third of the country’s electric power. Japan has already asked Russia to increase supplies of liquefied gas and coal, which will further increase the prices for hydrocarbons.

“In the short-term perspective, Japan’s energy sector will have to make adjustments because of the shutdown of the country’s nuclear power sector, which will be a favorable factor for prices on traditional energy fuels,” said analysts at Citibank. They believe that the problems in Japan’s economy will put more pressure on the market than a possible decrease in oil supplies from conflict-torn Libya and other countries in the Persian Gulf region and North Africa.

These latest developments have only accelerated a price increase analysts knew was coming. At the end of last year, the U.S. Department of Energy published a similar forecast saying that global oil consumption will rise from about 84 million barrels in 2009 to almost 111 million barrels in 2035, and that oil prices on the global market will continue to steadily grow and reach $200 per barrel by 2035.

The International Energy Agency (IEA) tried to calm fears, informing us that global oil production reached a new record high of 89 million barrel per day in February, demonstrating that the loss of Libyan oil supplies has been compensated by an increase in oil production in the Persian Gulf and non-OPEC member-states. But this is a precarious balance with social unrest gaining steam in the world’s largest oil-production region: the Persian Gulf.

The situation is far from calm in Kuwait and Bahrain, but analysts’ major concern is whether the wave of revolutions will reach Saudi Arabia, where reserve capacities are being kept at moderately high levels. Should any interruptions in Saudi oil supplies occur, the situation in the global market will spiral out of control.

Even before the revolts in the Arab world began, the U.S. Department of Energy was forecasting that any increase in future oil supplies would be provided by three countries—Brazil, Russia, and Kazakhstan. U.S. experts see hope for a significant increase in the oil production volumes in these three countries—if there is increased investment and modernized infrastructure.

Investment is the key word here. Without foreign investment, Russia does not expect to see a rapid increase in oil-production volume. Russia’s energy strategy indicates that, with domestic investment only, oil production volume will increase by a mere 13-14 percent by 2035. If these predictions are true, the world’s oil consumers have only two alternatives—invest in Russia’s oil sector today or fight over increasingly expensive oil on the stock exchange tomorrow.

And a rise in oil prices does not just mean an increase in the price of goods. It may also cause long-term inflation problems and keep developing markets such as India, China, Korea and Argentina in the red. Oil-dependent industries–energy production, metallurgy, the chemical industry and agriculture–will be among the hardest hit. Food prices will rise even higher, which will result in an increase in the number of the world’s poor. Significant disruptions in the economic progress of developing countries will become a reality: international and domestic conflicts, currency crises and even defaults.

In the long run, economists foresee two main possible scenarios. The first one is a new global economic crisis. The logic behind this is quite simple: The global economy has only just made its first unsteady steps on the way to recovery after the financial crisis of 2008 and, according to Torsten Slock of Deutsche Bank Securities, a steady growth in oil prices to $110 per barrel will slow the world’s GDP growth rate by 0.4 percent in 2011, while oil prices at $150 will snatch away 2 percent in growth. In their economic forecasts up to 2030, experts from the Center for Development at the Higher School of Economics warn about cyclical development trends in the global economy and possible economic crises in 2018 and 2028. If the global economic crisis repeats itself, a decline in production will be followed by a return to previous oil prices, and the global economy will end up running in endless circles.

The second scenario is a more optimistic one. It presupposes new technological developments and a gradual phasing out of oil in favor of alternative energy resources. “The next decade will become the decade of natural gas,” said Mikhail Krutikhin, the leading analyst at Exploration and Production magazine. “Its role may significantly increase in the electric power production sector and automotive industry.” Growing oil prices will lead the oil and gas companies to increase investments in exploration and production, including the so far low-profit projects along Russia’s Arctic shoreline. The first one to tap into the reserves of this new “Klondike” will come out the winner.

Yury Solozobov is the head of the International Energy Policy Center.