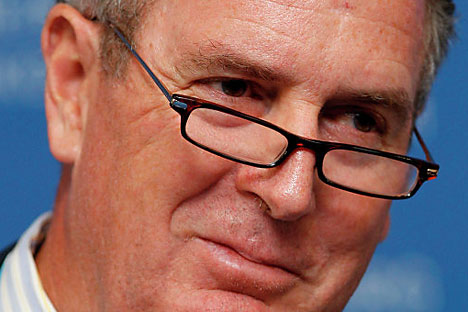 In this discussion, Yevgeny Shestakov discusses how military cooperation between Russia and the U.S. and NATO has improved overall relations.

Although U.S.-Russia relations have been volatile, the bilateral military relationship between the two countries has been expanding in a number of areas, and if NATO-Russian relations are included in the analysis, the relationship looks even stronger.

Yevgeny Shestakov: Some experts are convinced that the partnership between Russia and the United States is possible only through practical cooperation in countering common challenges and threats. In your opinion, in what spheres of military cooperation has significant progress been achieved?

Andrew Kuchins: In the security field, the principle of a Russia-U.S. partnership based on cooperation countering common challenges and threats is absolutely the right one. The key is identifying and agreeing on what we see as common challenges and threats and then developing and implementing concrete cooperative measures to address them.  Frankly, I think we are making considerable progress in this direction, although admittedly it has come in fits and starts over the past two decades as the Russia-U.S. bilateral relationship has been fairly volatile. On the military side, we have experienced excellent progress in the past two years—starting from the low point of the aftermath of the war in Georgia in August 2008, when nearly all cooperation was suspended. Probably the most significant area from the standpoint of Washington has been the expanded cooperation on the transit of supplies through and over Russia to our military forces in Afghanistan.  But the military-military relationship has been expanding in a number of other areas, and certainly one important channel is the Bilateral Presidential Commission’s Working Group on Military Cooperation chaired by Admiral [Mike] Mullen and General [Nikolai] Makarov.

Y.S.: U.S. officials have recently stated their intentions to conclude an anti-missile defense treaty with Russia in 2011. What are the scenarios for creating a joint Russia-U.S. missile defense shield in Europe? What forms of cooperation are possible between Russia and U.S. regarding this issue?

A.K.: The United States and Russia are not seeking to conclude an anti-missile defense treaty in 2011. Rather, it is my understanding that the two sides have established a working group coming out of the November 2011 NATO Lisbon summit. This group is tasked with exploring the possibility of developing cooperation through integrating the missile defense capabilities of both countries and NATO. I believe there is considerable potential in this field, and I think both Washington and Moscow are showing greater commitment than ever before to find ways to work together in this field. The working group is supposed to report at the NATO June Ministerial meeting, and we will learn more then how progress is developing.

A.K.: I am sure that cooperation between NATO and Russia over stabilizing Afghanistan, most strongly demonstrated in various transit agreements, has already significantly contributed to improving NATO-Russia relations.  The ISAF mission in Afghanistan, and hopefully its eventual success, is the most important challenge for NATO now, and will certainly have a major bearing on the future of the alliance.  Regarding a “reset” of relations between NATO and Russia to parallel the U.S.-Russia “reset,” I would argue this has already been achieved. Obviously that does not mean that there are not and will not be significant differences between NATO and Russia and in the future—just as there are many differences at various times between NATO members.  But recall that after the Georgia war, the NATO-Russia relationship was suspended — virtually put on ice, and compare that with the agreements reached in Lisbon in November.

Andrew Kuchins is the director of the Russia and Eurasia Program at the Center for Strategic and International Studies in Washington, D.C.