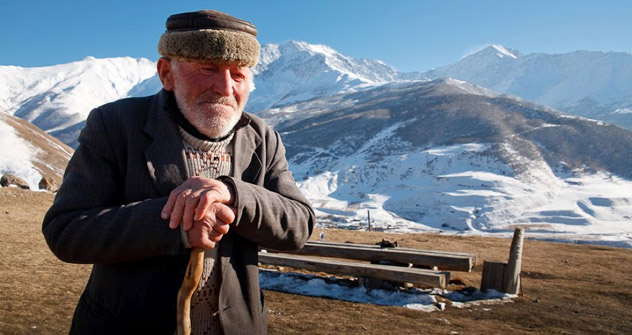 A plan to tackle unrest in the North Caucasus by boosting tourism has many critics. RN joins one of its champions to see what is at stake.

The drive from Vladikavkaz airport into the North Ossetian capital passes through the village of Beslan and by the monument to 33 4 victims, – more than half of them children – of the 2004 school siege that won the region global notoriety. “A horrific tragedy; several of my relatives are buried here,” says Oleg Karsanov, the republic’s tourism minister, as we pass by the graves, the nearby mountains obscured by overcast skies.

Here, as in many parts of Russia’s troubled North Caucasus, one would expect the history of violence and horror to blight hopes of attracting visitors. But amid a wider $15bn (£9.2bn) federal programme to develop resorts across the entire region, presented by President Dmitry Medvedev at the Davos summit in January, tourism is now seen as a remedy for many ills, bringing sorely needed employment, economic stimulus and a sense of purpose.

For his part, Mr Karsanov is determined to rebrand his native North Ossetia and turn the mountainous republic into a magnet for tourists. There is already a solid core of 100,000 visitors a year –mostly Russian but including around 10,000 foreigners – and Mr Karsanov wants to double the total by 2014.

“I spend half of my time convincing investors we’re a good place to put their money, and the other half fighting red tape here on the ground,” he says, with the measured tone of a man on a mission.

Mr Karsanov, 43, spent eight years in London in the Nineties, running a consulting firm and attaining an MBA, before deciding to go back to his roots. After holding several posts in local government, he was tasked with nurturing regional tourism; he had developed a solid bank of targets four years before the federal model appeared. A grim legacy meant that his work was cut out for him.

The sins of the past

In 1999, a bomb at the central market of Vladikavkaz left more than 50 dead; in 2010, another attack in the same  location killed 19. The culprits were convicted and sentenced, but these blasts, along with the Beslan atrocity, caused lasting damage to the republic’s reputation.

And image is not the only problem. “In Soviet times we got by pretty well as a transit point for tourists,” Mr Karsanov says, steering down a valley between pristine snow-capped peaks. “Nowadays the places they used to go to, like Georgia and Abkhazia, are either an independent country or no longer popular. We have to be the destination, and that’s a lot harder.”

But the flow of visitors is growing. Near one four -star hotel under construction, a tourist group from St Petersburg is boarding its bus. “We’re here to ski,” says Alyona. “So far it’s been fun.”

Oleg Karsanov’s plan is two-pronged: to build up basic infrastructure such as roads, plumbing and electricity via state grants, and to provide incentives for investors to open hotels and other amenities. “The infrastructure is the expensive part we have to take care of ourselves. Nobody’s going to invest until it’s here,” he says.

The minister initially hopes for the support of the large North Ossetian diaspora in Russia and abroad, which includes such names as the former national football coach Valery Gazzaev and the conductor Valery Gergiev.

Rostislav Khortiev, 50, a businessman, has already taken the plunge, returning from Siberia three years ago to build a £1.7m hotel project 75 miles from Vladikavkaz. Employing 35 people, the hotel hosts groups from across Russia on skiing and fishing packages. “The local government helps a lot by not interfering with what I’m doing, which is very rare in Russia. I haven’t paid a penny in bribes. But the federal government still hasn’t built all the infrastructure that was promised. It will only become profitable once a road is in place.”

Another half-hour’s drive west lies the abandoned 14th-century farming village of Tsemeti, a cluster of stone temples and roads perched atop a hill a few hundred feet above the valley floor. “It’s a great place to make an ethnic village for tourists,” Mr Karsanov gleams. “Most of these stone buildings are in pristine shape. I want to convince a few locals to move in seasonally, accommodate guests and raise livestock like they did hundreds of years ago.”

Meanwhile, his department is trying to get eco-tourism off the ground by exempting locals from taxes while they open up to paying guests. “Right now, it’s just about letting people try to make an extra buck,” he says.

The most ambitious element of the plan revolves around Mamison, a $1bn (£615m) ski resort under construction two hours’ journey south-west of Vladikavkaz. The completed site will have more than 60 miles of slopes of assorted grades at altitudes of 1,900 to 3,300 metres.

“Unfortunately, there are still few – if any – world-class ski resorts in Russia. Mamison will offer our countrymen the opportunity to experience world-class skiing without leaving the country,” Mr Karsanov says.

There is stiff competition across the North Caucasus for a piece of the federal funding pie. But Mamison is the largest of five approved resort projects, and is slated to receive $600m (£370m).

However, sceptics predict that the programme’s impact will be limited. “Building up tourism is a legitimate way of injecting money into the local economy and boosting other sectors such as construction, but it won’t resolve the problems it’s designed to fix,” says Nikolai Petrov, a security expert at the Moscow Carnegie Centre. And for the locals, seeing is believing when it comes to grand projects.

“It all sounds a little utopian to me,” says Galina Gokashnavili, a teacher in Vladikavkaz. “They’ve been talking about building something like Mamison since the Seventies, and now we have a bad reputation. People from the surrounding area might go, but not from Moscow.”

“When people look at a map and see we’re only ‘millimetres’ away from places like Chechnya, they are discouraged,” concedes Oleg Kalayev, first deputy prime minister of North Ossetia.

“But when we had Western experts examine the location from a helicopter, they said that the potential was there,” he adds.

The Sochi Olympic Winter Games in 2014 will help, Mr Karsanov believes. “Not only will they show southern Russia in a more positive light, but more Russians will  become interested in skiing, as happened in other countries. And this will bring more tourists here.”