India and Russia to open Roerich International Academy of Arts

RBTH
Embassy of the Russian Federation in the Republic of India 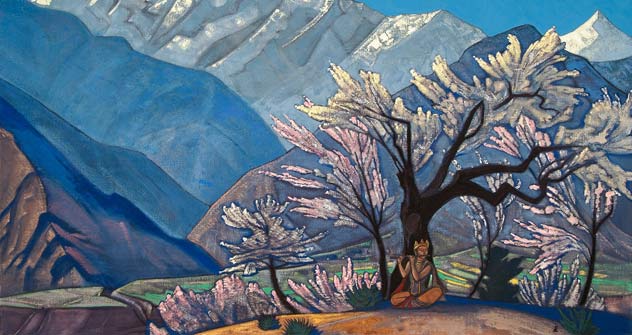 On March 25 Shimla – the capital of the North Indian state of Himachal Pradesh – hosted a meeting of the Board of Trustees of the International Roerich Memorial Trust (IRMT) functioning from 1992 in the former estate of the famous Russian family in Naggar (the Western Himalayas). This meeting, the first one after a five-year gap, was held in the presence and under the guidance of the Chief Minister of the state, President of the Trust, Prof. P.K.Dhumal and the Ambassador of Russia to India H.E. Alexander M.Kadakin, the Vice-president and a life-time trustee of the IRMT.

The meeting brought together more than ten full-fledged members of the Board which includes top dignitaries from the Indian MEA and the Ministry of Culture, the Indian Council for Cultural Relations, the State Government, including its Language, Arts and Culture Department, representatives of academic and cultural circles, Director of the Russian Centre of Science and Culture Mr F.A.Rozovsky. The International Roerich Centre (Moscow) also sent a representative delegation led by Prof. V.V.Frolov, Deputy Director General of the Roerich Museum.

The gathering gave proper consideration to the pressing issues of the IRMT established by the famous Russian artist and Indian public figure S.N.Roerich for preservation and development of the creative, scientific and spiritual legacy of the family.

The Board members approved the Report of the IRMT activities in 2006-2011 prepared by the Executive Director / Curator of the IRMT, prominent orientologist and philosopher Dr Alena Adamkova (Slovakia) who by a presidential decree in December 2010 was awarded with the Order of Friendship for selfless labour for the sake of Russian-Indian cultural ties.

The Board of Trustees took a number of significant decisions ranging from routine functioning issues of the memorial complex to the long-term plans. The major initiatives include a decision to launch construction of the first phase of the International Roerich Academy of Arts in the plot of land adjacent to the Roerich reserve. This institute is supposed to comprise an Elena Roerich comprehensive school with profound study of cultural, spiritual and creative legacy, and a full-scale college of integrated arts. The design was developed jointly by Russian and Indian architects. It is planned to start works in the next months.