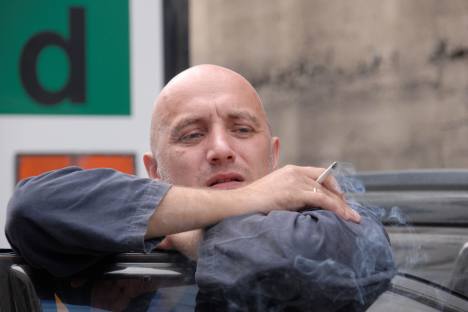 For over 200 years, men of letters and the authorities have felt mutual attraction and repulsion.

The Russian writer has always suffered from a dichotomy of emotion towards those who rule above him.

Pushkin probably started it all: in the space of a couple of days he would write verses that sent essentially conflicting political messages. First he composed his address to the Decembrist revolutionaries: “The heavy locks will burst… At your door will freedom wait to meet you…”

Then he would don his statesman’s hat: “In hope of glory and goodness / I fearlessly look into the future / The beginning of Peter’s glorious days / Were tainted by riots and executions”.

The meaning is simple: Sure, a couple of officers and poets have been hanged and the rest of the troublemakers sent to Siberia, but what can you do? During Peter the Great’s times, worse things happened. This does not trample away hope for glory and good.

A century later, Osip Mandelstam wrote: “…authorities are foul like a barber’s hands”, but then vowed: “If you should even try to separate me from my time / I promise you, you’ll break your own neck!”

The Russian writer is often both an advocate of a strong state and a revolutionary. Here we use “revolutionary” in the widest possible sense, speaking primarily of the utmost freedom of spirit.

In this respect, Maxim Gorky followed the tradition when he first invested himself both in word and deed in the Bolshevik  Revolution in order to destroy the monarchy, and then proceeded to serve the new Caesarism in good faith and fidelity.

A few decades earlier,  Fyodor Dostoevsky was  almost executed for mutiny, only to go down in history with a reputation as a monarchist and a conservative.

Examine the life of any major Russian author and you will see that the same person is often a vilifier and a protectionist, be it Gogol, Leskov, Leo Tolstoy, Chekhov, Esenin, Pasternak, Leonid Leonov, Solzhenitsyn or even Brodsky.

Reducing any Soviet writer’s life to a fierce struggle against the Soviet regime would be as crude a simplification as the interpretation of the 19th-century classics by Soviet researchers, who saw hatred towards the Tsar in every line of  Lermontov or Turgenev.

In the more than 200 years secular literature has existed in Russia, men of letters and the authorities have experienced mutual attraction and repulsion. The two sides have always conversed and the discussion has been, in the historical sense, that of equals – even when the latter physically exterminated the former.

It was only during the past decade and a half that the situation underwent a qualitative change. I shall not even try to judge whether for better or worse. The truth is that literature (and art as a whole) is no longer seen by the authorities as something that gives meaning to life and is therefore relevant in the context of governing a country.

Nicholas I acted as Pushkin’s personal censor. Stalin wrote “Scum!” in the margin of  Andrei Platonov’s books, while Gorbachev understood the value of words and  sincerely flirted with various spellbinders.

I cannot, however, even start to picture Dmitry Medvedev or Vladimir Putin as a censor or, indeed, as an attentive reader and conversation partner of, say, the esoteric postmodernist writer Viktor Pelevin. Nor can I picture Vladimir Putin reading the works of Eduard Limonov, radical author and leader of the National Bolshevik Party, and writing “Scum!” in the margin. And it takes some power of imagination to see the pair of them pitching into a group discussion of the prose of the psychological  realist Vladimir Makanin.

Actually, when it comes down to it, I can scarcely picture either being avid bookworms in their spare time, since the President looks quite content with his

All in all, the life of the writer has probably never been so peaceful as it is today. There is no fear of being shouted at, booed or trampled upon. It is even less likely that you and your friends will be hanged for sedition. Nowadays, the authorities and writers exist independently and meet very rarely, only to observe formalities; when they do, their meetings are completely meaningless.

So what if Boris Akunin and Lyudmila Ulitskaya speak out in support of Mikhail Khodorkovsky? So what if Boris Grebenshikov and Konstantin Kinchev, celebrated rock stars who also happen to be wonderful poets, wrote a letter before the new year expressing a wish that Khodorkovsky not be jailed a second time for things for which he had already served a term? It is democracy we have here, isn’t it? You wish to write – be my guest; you wish to protest – feel welcome.

In this type of democracy, one can certainly speak out. Speak about oneself, one’s country, the future, the authorities... about anything. It’s just that what you say does not concern those above in the slightest.

Born near Ryazan in 1975, Zakhar Prilepin is a former special forces soldier, author and journalist with Novaya Gazeta. Renowned for his critical views of the national authorities, he is widely recognised in literary circles and his work has been translated into several languages.