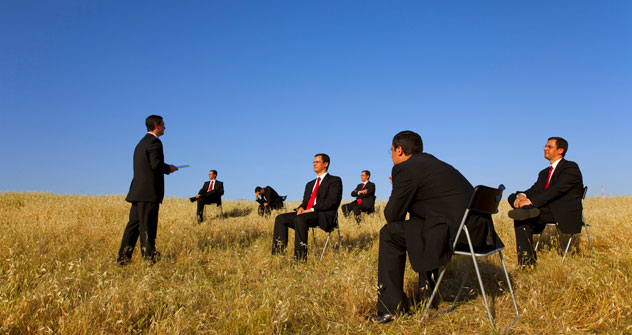 Russia is opening the door wider to private investment in natural resources, banking and health care in an effort to lure foreign investors.

Russian Prime Minister Vladimir Putin on March, 25 put his weight behind a move to amend the country's tough Strategic Sectors Law, which restricts the level of foreign investment in 42 sectors of the Russian economy. After almost four years of resisting such a move, the prime minister finally endorsed a groundbreaking proposal that would allow foreigners to buy up to 25 percent of strategic companies without obtaining mandatory approval from the government.

Russia’s law on foreign investments, which took effect in May 2008, classifies 42 sectors of the economy as strategic. In addition to defense, energy, aircraft and aerospace and critical infrastructure – which have long been deemed strategic – the new law added certain natural resource deposits, radio, television, and fishing to the list of strategic sectors. Under the law, foreign investors seeking to acquire over 10 percent stakes in companies working in those sectors had to receive permission from the government as well as the Federal Antimonopoly Service (FAS). However, as part of ongoing efforts to improve the investment climate, the government commission on regulating foreign investment, which Putin heads, decided at a meeting on Friday to lower the bar for foreign investors by raising the threshold from 10 percent to 25 percent.

The measures approved by the commission on March, 25 were prepared by FAS as part of the second set of the long-awaited revisions to tough laws on foreign investment in strategic mineral fields. "When you buy a 25 percent stake in a company engaged in mineral resources, you will not need the permission of FAS and our commission,” Putin said at the meeting. “At present, this threshold is fixed at 10 percent." FAS Chief Igor Artemyev said a 25-percent stake is enough to enable investors to “exercise significant influence over the management of any company” – a concession long sought for by foreign investors. He explained that foreign investors that come with their own technologies generally do not require the approval of the governmental commission for limited access to strategic natural resource deposits.

Putin said he hopes the gesture will stimulate foreign investors’ appetite for Russia, amid the “growing worldwide competition for investment.” He said the commission must raise the level of foreign direct investment (FDI) to the pre-crisis level of between $60 billion and $70 billion per year. The prime minister's optimism echoes last year's forecast by his Finance Minister, Alexei Kudrin. In February 2010, Kudrin predicted that Russia could see pre-economic crisis levels of FDI by 2013. He said FDI stood at $70 billion before the global economic recession swept the country in 2008 and reduced the figure to $30 billion.

The government has intensified efforts to attract foreign capital as it struggles to reverse a systematic fall in foreign investment sparked by the 2008-09 financial crisis. Preliminary statistics indicate that FDI in Russia fell by 50 percent to between $12 billion and $14 billion in 2010, Finance Minister Alexei Kudrin told a February 18 economic forum in the Siberian city of Krasnoyarsk. "It is not enough. In better times it could have reached $27 billion," Kudrin said. Foreign direct investment in Russia was about $8 billion in the first nine months of 2010, compared with $16 billion in 2009, according to Bank of America Merrill Lynch Global Research.

As part of a two-pronged approach - a combination of sweeping liberalization measures and pro-FDI institutional reforms - Putin on Friday ordered the simplification of the procedure of reviewing applications from foreign investors. Investors, he said, should be able to resolve outstanding issues with FAS, bypassing the government’s Commission on Foreign Investment. He also directed the commission to “get rid of ineffective or clearly excessive procedures” in a bid to create a comfortable environment for companies seeking to invest their money [and] knowledge in the Russian economy. FAS is currently reviewing 198 investors’ applications related to transactions in strategic sectors, ITAR-Tass reported.

The core strategy for the government, however, is creating strategic relationships with foreign companies to speed up improvements in the country’s industry through transfer of modern technology and know-how. One of the 12 cases considered by the commission on Friday were investment plans by French engineering giant Alstom, builder of most of the world's high-speed trains. Alstom, which has already partnered with train-maker TransMashHolding (TMH), is seeking to modernize facilities at Tver Carriage and Bryansk Engineering Works that will produce trains, passenger cars and new rolling stock for the Russian market. Putin praised the French company, saying that rail-cars produced by it will be used for transportation on the Moscow-Sochi route during the Olympic Games in 2014. "In addition, there are future plans to build railcars for the [country’s] subway," Putin said before directing the commission to approve a deal between Alstom and Transmashholding to implement development programs and technological re-equipment of Tver Carriage and Bryansk Engineering Works.

In the past, top government officials including the prime minister have been reluctant to open up the country’s vast natural resources to foreign investors, arguing that such sectors are crucial to national security. In 2007, when the Strategic Investment Law was being prepared, the commission readily brushed off suggestions from industry leaders - including from Industry and Trade Minister Viktor Khristenko – to set the threshold at 25 percent for foreign investors and 50 percent for Russian companies, Kommersant reported on March, 26. However, the global economic downturn coupled with the depletion of reserves in Russia's traditional oil stronghold, is forcing the government to diversify the resource-based economy in part by relaxing tough laws on foreign investment.

Faced with the prospect of a rapidly dwindling foreign investment, Putin vowed last year to reverse the negative trend. "This year we want to break this tendency, and to do this we are acting in several directions at once," Putin told the EurAsEC intergovernmental council meeting in May, RIA Novosti reported. "The issue is about improving the investment climate, abolishing abundant bureaucratic limitations, revising the legal framework that regulates foreign investment in strategic branches of the Russian economy," the agency quoted Putin as saying. The prime minister said he did not exclude the possibility that customs duties on imports would also gradually come down, and that other protectionist measures implemented in the wake of the economic downturn would be eliminated.

Since then, the government has swung into action, initiating a series of measures to reduce administrative barriers to investment. Last month, the government submitted a raft of amendments to the Strategic Investment Law to the State Duma. Measures envisaged in the package, which passed its first reading in the lower house of parliament last week, include liberalization of control over foreign investments in food and medical industries, the banking sector and extraction industries, FAS chief Artemyev said. “The amendments will also reduce administrative barriers by improving the procedures for filing and processing petitions,” he said.