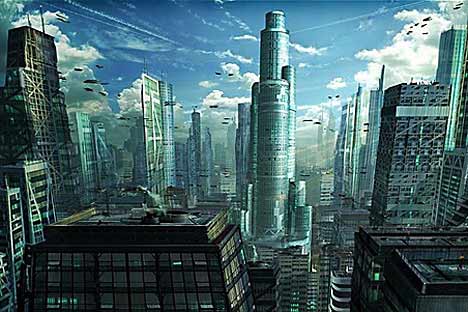 The forces that drove the growth of European and North American cities in the 19th and 20th centuries are now driving urbanization in Brazil, China, India, Mexico, Russia and other emerging market countries. Because the growth of these cities has been accelerated and magnified by productive technologies, rapid internal migration, and high net reproduction rates, many have reached unprecedented sizes at breathless speed. Indeed, all but three of the world’s 20 largest cities are in emerging markets.

The forces that drove the growth of European and North American cities in the 19th and 20th centuries are now driving urbanization in Brazil, China, India, Mexico, Russia and other emerging market countries. Because the growth of these cities has been accelerated and magnified by productive technologies, rapid internal migration, and high net reproduction rates, many have reached unprecedented sizes at breathless speed. Indeed, all but three of the world’s 20 largest cities are in emerging markets.

But will emerging market cities be healthy enough to drive rapid economic growth? The issues that preoccupy health policymakers and practitioners in Lima, Cairo, Kolkata and Jakarta reflect contrasting climates, geographies, histories and cultures. Each city is ultimately a special case. But they share some generic features.

One is that the urban disease burden is shifting from infectious to chronic diseases — the so-called “diseases of affluence.” But the urban poor, faced with bad housing, limited infrastructure and meager services, are vulnerable to epidemics, malnutrition-based childhood diseases, HIV/AIDS, malaria, tuberculosis and mental disorders. They are also likely to be hardest hit by natural disasters, such as the floods and mudslides that devastated parts of Rio de Janeiro in January.

Indeed, many potential solutions stem from opportunities for innovation created by the physical concentration of people and economic activity. It is invariably more efficient to build and maintain health-related infrastructure, such as water supply and sanitation systems, clinics and hospitals, and deliver specialized health care, where population densities are highest — and to create affordable-care networks of community health workers using low-cost technology. It is invariably easier to capture economies of scale and operation in public-health programs where those economies are greatest.

Moreover, while the health of urban populations is directly or indirectly affected by actions taken (or not taken) in almost every branch of government, few emerging markets have acted to improve horizontal coordination within national or city administrations. Fewer still have addressed the need for vertical coordination between national and city governments. Tailored solutions are required — what works in one city might not work in others — but, because problems arising from weak or absent coordination are widespread, emerging markets should consider governance models that vest accountability for urban health outcomes — together with the authority to shape them — in city governments.

But such innovation does not always begin at home, which is why city governments need to know about potentially applicable ideas and lessons from other cities and countries. Unfortunately, the diffusion and dissemination of innovative ideas in the fields of public health and health care is generally a random, haphazard and inefficient process. So emerging markets should collaborate to develop health-knowledge networks aimed at facilitating mutual learning.

There is also an urgent need to address the fact that public health and medical education in emerging markets is rarely integrated. Having received different training and developed different mindsets, public-health officers and medical doctors (and their subordinates) often operate in silo-like environments — to the detriment of the people they serve. Moreover, there are few opportunities for doctors to specialize in urban health. To overcome this challenge, emerging market governments should consider radical reforms in education and training in urban public health and health care.

Urban growth in emerging market countries — and the corresponding concentration of poverty — has challenged and sometimes overwhelmed the capacity of their governments to provide sustainable and affordable housing, water supply and sanitation, solid-waste management services, and education — all of which directly affect urban health — as well as basic health-care services. To address these issues, emerging market cities should practice anticipatory planning, based on realistic demographic forecasts; develop city and nationwide patient registers and health-information systems; and seek to integrate health and health-care planning with overall city planning.

If cities are to drive emerging market countries toward a better future, their governments must ensure that urban housing, infrastructure and services stay abreast of demand. After all, an investment-friendly business environment requires adults who are fit to work and children who are fit to learn. Ultimately, the economic health of emerging market countries will depend on the reinvention of urban public health.

Pedro Malan, former Brazilian finance minister and governor of the central bank of Brazil, is a member of the steering committee of the Emerging Markets Symposium at Green Templeton College, Oxford.