Reforming Russia from within 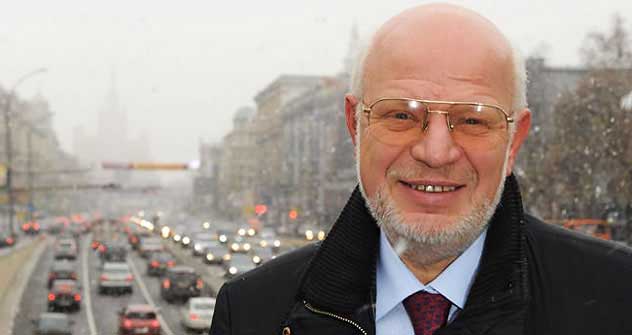 The Presidential Human Rights Council is due to submit to President Dmitry Medvedev a point-by-point program for building a civil society. The action plan will propose a list of new legislation and regulations in virtually every sphere of the country’s political and social life intended to turn all Russians into responsible citizens. Council members have dubbed the ambitious blueprint a “Marshall Plan” for a civil society.  Vyacheslav Kozlov of The Moscow News discussed the plan with Council Chairman Mikhail Fedotov.

Moscow News: What sort of document are you going to send to the president?

Mikhail Fedotov: It should be a massive program for creating the right conditions for development of a civil society and human rights safeguards. The measures should help create the mental outlook required for the country’s modernization, which is impossible without modernization of public consciousness, social relations and behavior patterns.

Under a totalitarian system, a person’s consciousness and perceptions are formed under the impact of constant psychological and, sometimes physical, pressure. Under such a system, the individual is not free, but a foot soldier of the party and the state, a cog in its wheel performing a certain type of activity. The totalitarian state has produced certain types of behavior reflecting people’s dependence on government. Can a person with such a mindset become a modernizer? Of course not, because he assumes that his fate is decided by the boss and is not in his own hands. The Soviet system collapsed 20 years ago, but these stereotypes did not go away.

MN: What recommendations will you make?

M.F.: We are in the early stages of preparing the program, and it is important to define its basic underlying values. As I told the president [during a meeting on Mar. 21], it is important for people to first,have access to real justice; second, to know the truth about what is happening around them; and third, to feel themselves to be free. An awareness of justice, truth and freedom is essential, because sometimes a person simply does not understand that he is free, has no sense of this and is unable to escape from the labyrinth of unwritten taboos.

MN: You said recently that you would give the president a package of laws that would make the Constitution work. What constitutional provisions need stronger legislative support? What legislation is ready?

M.F.: This refers to the second chapter of the Constitution. So far, our legislators have rough drafts of just two articles, the famous Article 31, guaranteeing freedom of assembly; and Article 21, which states that nothing may serve as the basis for denigrating human dignity. We have to come up with ways to make these constitutional norms effective through balancing the rights, obligations and responsibilities of all.

MN: Do you mean responsibility of the authorities towards society?

M.F.: Mutual responsibility of the authorities and every citizen. We want the citizen to feel responsible for his or her mission on Earth. That is why we stress the need for the population to become a body of citizens, thus transforming it into the multinational people of Russia that the Constitution proclaims to be the sole source of power in the land.

Of course it is important to make the state cater to the interests of society effectively. The state, which appears to be no more than a bureaucratic anthill, cannot have its own interests, it is merely a political organization of society. No more than that.

MN: But in this country it is more than that.

M.F.: A state that pursues its own goals that differ from the interests of society inevitably becomes dysfunctional and eventually collapses. However, society should not see the state as a nanny. It should make the state cater to society’s interests effectively. The heaps of unresolved problems are largely the result of society failing to put pressure on the state, of a lack of initiative within society to organize itself and assume responsibility for meeting many of its own interests.

MN: Article 31 of the Constitution is associated with the rallies on Triumphalnaya Ploshad in defense of that article. Do your proposals have something to say about the practice of notification and organization of rallies? Will that procedure be simplified?

M.F.: Such proposals are sure to be made as work on the project proceeds. In the meantime, we are trying to clarify the goals and propose a system of means to achieve the declared goals. Then we will discuss resources, the sequence of steps, etc. Ultimately, the document that will land on the president’s desk will state that such and such a law must be passed, such and such a decree must be issued, envisaging this and that.

MN: How quickly do you hope to be able to eradicate the stereotypes that have taken shape over centuries?

M.F.: Actually, the Bolsheviks managed to do it very quickly. The behavior stereotypes in Tsarist Russia were very different from those that became widespread in the first 20 years of Soviet rule. Now we have to restructure public awareness just as drastically while offering it a totally different moral content, methods and goals.

We should not herd people into the kind of democratic social law-governed state that our Constitution describes. We should instill in them self-discipline, self-organization, a readiness to act rather than be couch potatoes.

MN: Are you sure that Russian society seeks such independence?

M.F.: Sponging is still strong in society. You hear from all sides: “give us money,” “give us houses.” We want to see a change of motivation and, consequently, the nature of demands. What is needed is freedom of initiative, resources for independent rendering of social services and responsibility for the quality and scope of such services. It is important to encourage people to come forward and assume management of society’s affairs and only ask from the state what they cannot obtain by themselves.

MN: An independent society has the right to demand greater political freedom. Am I right in thinking that you want economic modernizaton to go hand in hand with the modernization of the political system?

M.F.: Yes, you could say that. But the impetus towards political change should come from the grassroots and not from the top. Political parties should grow out of the process of social self-organization. Of course, they can be organized from the top down. But simulation will not yield any useful results.

We should shake society out of its slumber rather than pretending to be “bright eyed and bushy-tailed.” We should stop showing society propaganda dreams that lull it into complacency. The ideology of passive docility should be replaced with that of modernization, which is why the [Presidential Human Rights] Council is concerned about education, upbringing, and fostering of modern ideas about the world through the media. Look at what the national TV channels show. Do they encourage people to come up with new initiatives? No. Our television is aimed at housewives.

MN: But housewives are the majority and they are anything but a modernizing class.

M.F.: I see no reason why a housewife cannot be a modernizer. For instance, she can join the management of her residential area or a movement for clean streets, start a blog on how to bring up children. Little by little, our housewives will become citizens of our common home, Russia.

MN: But the elite should also be open to modernization. Do you think the political class is ready to change?

M.F.: Not in my opinion. The political class today is quite happy with a sense of stability. High oil prices, they think, guarantee stability. But that cannot be the basis for the long-term policy of a modern state. High oil prices failed to preserve stability in Libya.

MN: Is this the impression you got from the way the bureaucrats reacted to your proposals? And, how are you going to monitor whether your initiatives are being followed?

M.F.: I can’t say that bureaucrats are very forthcoming in their relations with the Council. Sometimes we have problems with the government agencies that have been charged with fulfilling the president’s instructions based on our initiatives.

MN: You announced not so long ago that a public review of the second trial of Mikhail Khodorkovsksy and Platon Lebedev is due to start soon and that you would bring in foreign experts to do this work. Why do you need foreign legal scholars?

MN: In other words, by inviting foreign lawyers, you want your opinion to be more convincing?

M.F.: What is important is that there will be many experts from different countries, Russian law scholars included. To repeat, the key thing is that they should be independent, top-class specialists.

This interview has been abridged from the original version.