East is East, and West is West, and never the twain shall meet 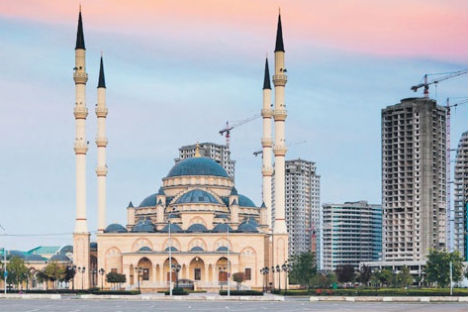 “East is East, and West is West, and never the twain shall meet.” This phrase from Rudyard Kipling’s “Barrack-room Ballads” has been used on many occasions. A horrible modern interpretation of the expression occurred when Pastor Terry Jones and his group of Quran burners provoked a Taliban-inspired storming of Kandahar and the murder of seven members of the UN Assistance Mission Office in Mazar-e-Sharif.

Many think that Terry Jones is crazy and ask how many more people have to die before he puts a stop to his performances. But crazy or not, the pastor is exercising his right to free speech, albeit in its most grotesque form. This right is a major achievement of Western civilization and is based on the Christian idea of the individual and individual freedoms, which are inevitably accompanied by responsibilities.

Had Jones been a Muslim who burnt the Bible, Christians across the world would not have rushed to storm mosques and Muslim countries’ embassies. True, they would have held demonstrations, protests and prayer sessions, but I am sure they would not have ended up decapitating people, as happened in Mazar-e-Sharif.

But Islam is different. It is 600 years younger than Christianity and, moreover, retains the promise that God’s kingdom can be built on Earth. Jesus called for rendering unto Caesar the things which are Caesar's and unto God the things that are God’s. That is not a distinction made in Islam, and this explains its adherents’ peculiar readiness to take up radical slogans and the ease with which these radicals can rally the people, especially where, as in Afghanistan, they are largely illiterate.

I am sure that the overwhelming majority of Muslims are regular folk, who do not want to kill anyone. Maybe then, they can offer some explanation as to why so much evil is being done in the name of Islam?

Obviously, not all Muslims are terrorists, but why are so many terrorists Muslim? Now, don’t tell me about the Palestinian-Israeli conflict or the crusades. It was clearly not for the rights of Palestinians that bearded zealots decapitated people in Afghanistan.

The recent tragic events in Afghanistan reflect the biggest global drama of our time. The West thought it no longer needed strong ideas after the end of the Cold War, and that religion and national and historical identity had become something like a hobby: harmless and optional. But the West has, in the followers of radical Islam, an enemy that has proved its readiness to die for ideas, and this leaves Europeans and Americans in something of a dead-end.

Incidentally, like it or not, Muslims view Russia as part of the West and hence it will have to become involved, one way or another. Anyone who doubts that should ask the relatives of those who died in the Moscow metro bombings last year or in this January’s blast at Domodedovo airport.

This confrontation may last for decades, involving generation after generation: our children and even grand-children. Remember how Kipling’s “Ballad of East and West” ends? The Afghan warlord Kamal gives his only son to a British colonel as an aide in recognition of his enemy’s courage.

He said: “But there is neither East nor West, Border, nor Breed, nor Birth/When two strong men stand face to face though they come from the ends of the earth!”

The question is, does the West have colonels’ sons who are ready to stand up and defend an idea, or do we only have Terry Joneses?