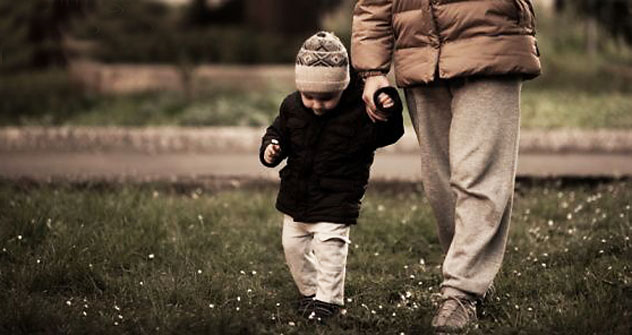 A new agreement between Russia and the United States on adoptions will be signed in May, but real hope for Russia's orphans can only begin with changes at home.

The Russian government is finally tackling the problem of adoptions by foreign citizens in earnest. A watershed event is scheduled to take place in May: the signing of a bilateral agreement on adoptions between Russia and the United States. The signing will take place at a meeting between Russian Foreign Minister Sergei Lavrov and U.S. Secretary of State Hillary Clinton. The agreement was prepared by the staff of Pavel Astakhov, Children Rights Commissioner for the president of the Russian Federation.

The need for such an agreement has long been apparent. Over the last 20 years, according to official statistics, Americans have adopted some 60,000 Russian children. In the opinion of Astakhov, the actual number is substantially higher—around 100,000. In the mid-1990s, some 14,000 children left Russia for the United States every year. What’s more, this went on almost illegally. Various private agencies dealt directly with the heads of orphanages and for a stipulated reward “redeemed” this or that child. Small wonder that Russian authorities know nothing about the fates of hundreds of children taken out of the country in this way. Russian children are adopted not only by Americans, but also by citizens of the UK, France, Italy, Germany, Holland, Norway and Sweden. But up until now, Russia has had an official agreement regulating adoptions only with Italy, and even that agreement was concluded only after a scandal erupted over the illegal export of Russian children.

The American agreement was preceded by five rounds of negotiations as well as countless scandals involving adoptive parents. Seventeen children adopted from Russia have died in the United States in recent years. The last straw, significantly hastening the agreement’s signing date, was the case of Artem Savelyev. His American adoptive mother simply put him on a plane back to Russia with a note saying that she was renouncing him.

If a bilateral agreement had existed, Artem’s adoptive family could not simply have thrown him out like some object that had ceased to please. They would at least have had to pay child support to the government or to another adoptive family.

The new agreement envisions not only the possibility of paying child support, but also other means of controlling the adoption process. For example, agencies involved in these matters will have to receive accreditation not only in the United States, but also in Russia. They will have to collect information about future adoptive parents and monitor the situation in the foreign family after the adoption. Finally, and most important of all, this agreement will apply retroactively and cover all adoptions of Russian children by American citizens in the last 16 years.

Today the number of children taken abroad by adoptive families is significantly less than it was: between 3,000 and 4,000 a year. The number of orphans in Russia is also decreasing from year to year. In 2005 there were some 450,000, today that number has decreased to 370,000. This decrease is the result of two things: an overall drop in the Russian population, and the placement of orphans in adoptive or foster families in Russia. According to the Ministry of Education, around 9,000 children are adopted every year by Russian citizens.

But many problems remain. The Russian government has said that the number of children in orphanages must be reduced; five years ago then-President Vladimir Putin published a decree on the subject. But in reality nothing has changed.

In the opinion of experts from the Ministry of Education, the number of orphans could be reduced through a special foster care system to help both poor families and adoptive parents. Today, the guardianship system has a mainly punitive function: It imposes fines on negligent parents, deprives them of their parental rights and puts their children in orphanages.

Positive examples of such services already exist in several regions of Russia, such as Tyumen. They help families in need find work or organize a small business. They offer these families financial subsidies as well as treatment for alcohol or drug dependence, if necessary. Most importantly, there is no talk of depriving these parents of their parental rights and putting their children in orphanages.

A draft law drawn up by the Ministry of Education would make such help mandatory. You would think that no one could object to a much needed law like that. But it has prompted real resistance. The problem, it turns out, is money. In recent years the oil-rich Russian government has spent large sums on orphans—over 6 billion rubles ($20,000,000) a year. To provide for a child in an orphanage officially costs between 45,000 and 65,000 rubles (from $1,500 to $2,000) a month. Yet there are few families in Russia that can afford to spend that much money on their own children. Needless to say, not all of that official money goes directly to the orphans. A substantial part of it goes to pay for all the various staff members in orphanages. Boris Altshuler, head of the NGO Right of the Child and a member of the Public Chamber, is convinced that regional departments in charge of social welfare are opposing the draft law because they do not want to lose the vast sums allotted to them by the government. If fewer children are put in orphanages and increasingly placed in adoptive and foster families, then in time orphanages will disappear altogether.

For now we have a constant turnover of orphans in Russia, since it’s easier to put children in orphanages than to bring them up in families. True, the Ministry of Education has promised not to abandon its efforts to push the law on foster care through the State Duma. But it looks as though the ministry’s efforts alone will not be enough. Without the explicit support of the Russian president, it will scarcely be possible to overcome the current resistance.