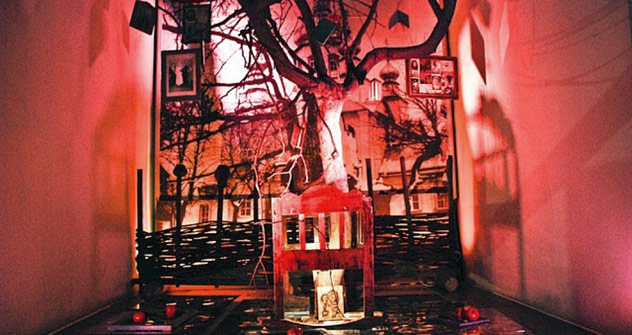 Twenty-five years on, Ukraine is still grappling with the consequences of the 1986 Chernobyl nuclear disaster, while tourists come to ponder a topical tragedy.

To enter the 30-kilometre radius exclusion zone around Ukraine’s decommissioned Chernobyl nuclear power plant and the No 4 Reactor that exploded on the night of April 26, 1986, visitors must pass through a checkpoint and show previously obtained permits. They must also sign a form assuming all responsibility for the risks involved before the site visit begins.

Handheld dosimeter detectors begin to wail and display radiation levels far above the norm as you near the wrecked reactor, which is now encased in a giant sarcophagus made of concrete and steel. But the guides from the Chernobylinterinform government agency, which manages and controls the zone, reassure the group. “The radiation dose received from a day spent here is lower than from a dental X-ray,” explains Yuri Tatarchuk. He has worked on the site since 1998, and accompanies journalists and people in search of extreme tourism experiences.

Yet while its safe enough to visit the zone, the hazard is more insidious. The area is a picture of natural growth in the springtime, and therein lies the problem Р here and much further afield. Beyond the exclusion zone, which was cleared immediately after the accident, lie hundreds of square miles of inhabited land where the soil absorbed the toxic debris that spread from the damaged reactor. In the intervening years, the locals have been exposed through their food: mushrooms, berries and milk from cows grazing freely are all sources of radiation. “Seventy to 95pc of radiation exposure today is internal, compared to five to 30pc external,” notes Valery Kashparov, director of the Ukrainian Institute of Agricultural Radiology.

This is worrying for Ivan Nevmerzhitski, a doctor at the Lipniki hospital in the Zhitomir region. “Cases of stomach and lung cancer have risen these last 25 years, and bronchitis now takes weeks to cure because people have no more immunity,” he explains. “In my opinion, this is directly tied to radiation exposure through food.”

Products sold in supermarkets are strictly monitored, but not those sold illegally by the side of the road by rural residents. And neither is the food eaten daily by villagers. According to studies carried out by Greenpeace, in regions such as Rivnenska (located 150 miles north-west of the plant), it is possible to find concentrations of the radioactive isotope caesium-137 in milk up to 16 times the acceptable limit. And 73pc of pastureland is still contaminated.

It’s a chilling thought for visitors from other parts of the world who come here to pay homage to the victims and heroes of those dark days, a reflection underscored by the current events at Japan’s tsunami-ravaged nuclear power plant at Fukushima.

Close to the reactor, steel rods jut towards the sky. This is the construction site for the new sarcophagus that will eventually cover the current structure, which has fallen into disrepair. The project, which since 2007 has been headed by the French consortium Novarka, is a controversial one. Tens of millions of euros have already been swallowed up by a construction venture that has yet to begin, even as the current model approaches the end of its 25-30 year lifespan.

“The main objective of the new shelter was to allow the dismantling of the old sarcophagus and the extraction of the nuclear fuel,” explains Nikolai Karpan, who worked as the plant’s chief engineer from 1969, was a member of the huge team of “liquidators” of the consequences of the accident until 1989, and currently heads the assessment programme of the Chernobyl National Party. “But this goal was completely overlooked; the current project is an empty shell that doesn’t plan for a dismantling process any more than it enables protection for the people who will work inside.

“The chief danger is internal exposure from the inhaled radioactive dust,” says Mr Karpan, adding that, 25 years after the catastrophe, the internal absorption of these radioactive particles is an ongoing threat for the plant’s employees, as well as the thousands of people still living in contaminated areas.

While still some way off a package-holiday favourite, Chernobyl is now a destination on the “extreme tourism” circuit. For several years, operators in Kiev have offered excursions into the zone, for around Ј140-Ј215. The service is frugal: a bus takes groups to the checkpoint, where they’re handed over to Chernobylinterinform.

“I decided to make the trip [into the exclusion zone] to immerse myself in the nuclear problem; to spend a few hours thinking about it,” says Ronan, an American lawyer who is in Kiev on business.

On one recent trip, however, there were no agency people on board, nor was anyone given any information beforehand Р as evidenced by the ballet pumps worn by a young Canadian, who was obviously unaware she’d be walking around the radioactive ruins of Pripyat, the nearby ghost town littered with broken steel, concrete and glass.

The excursion was quick and with a minimum of explanation, accompanied by the constant background din of the dosimeters carried by most visitors. The noise is largely superfluous, however, because the landscape speaks for itself: the dilapidated high-rises and streets of Pripyat, which have stood empty since its evacuation a day after the accident; the deserted villages; and the hillocks marked with yellow triangles, where particularly contaminated homes were buried.