Private business rises against the Goliaths of graft 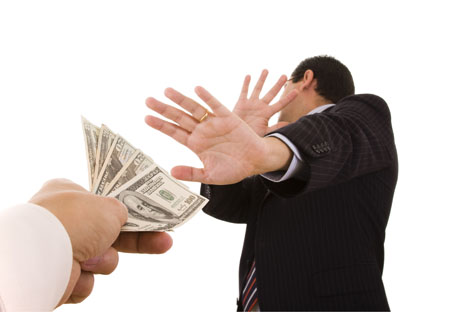 When entrepreneur Yana Yakovleva resisted police extortion attempts, she went to jail for seven months on principal. Now free again, she is a champion of business against corruption.

In 2006, Yana Yakovleva was an ambitious co-owner of chemical company Sofex. By all accounts a savvy executive, she was still shocked when a special police drugs unit came to her offices looking for kickbacks.

Young and principled, Ms Yakovleva refused to pay up – a noble stance that got her arrested and thrown in jail. Before she knew it, she was teaching exercise classes to down-and-out women in a female detention centre. “Some government officials consider businesspeople in Russia to be criminals in the first place,” she says. “They can approach anyone, open a criminal case and begin extorting money. And the entrepreneur should understand that they will have to fight the bureaucratic machine to the death.”

Now 39, Ms Yakovleva spent seven months in jail awaiting trial. The Moscow native languished behind bars, she says, because she refused to take part in the scheme concocted by drug enforcement police.

Life in the detention facility was no picnic for someone with no previous “form”: “There was no shower, no refrigerator; we kept groceries on the windowsill and boiled water with a metal heating element that we also used for a TV antenna. The approach to prisoners has not changed since the Thirties.” Her case drew the attention of human rights activists in and outside of Russia, as well as that of President Dmitry Mevedev.

According to Ms Yakovleva, the police had tried to extort from her on the basis that the industrial solvent her company manufactured could be considered a controlled substance.

The charges were dropped when a court removed that particular regulation. She filed a complaint, but the police denied any wrongdoing.

Five years later, Ms Yakovleva is probably the most prominent business activist working against corruption. Displaying a drive that comes of having been on the receiving end, she co-operates with start-up businesses and also works with the Russian parliament. There are tens of thousands of people in pretrial detention charged with white-collar crimes, activists say, but official statistics are patchy. Few are acquitted, though.

It is not only foreign investors who worry about rogue police and officials demanding bribes, arresting CEOs without cause, and taking over businesses. Recent research conducted by the Russian government revealed that 17pc of Russian businessmen intend to emigrate because of such fears, while 50pc would not rule out such a move. If it occurred, such an exodus would undermine the president’s plans to modernise Russia.

Mr Medvedev has repeatedly said that business must be supported – to boost the economy, break dependency on raw materials, create new jobs and pay off the budget deficit.

Instead of leaving Russia herself, Yana Yakovleva stuck to her guns and created Business Solidarity, an organisation that supports entrepreneurs against illegal actions of the authorities and law enforcement agencies.

Recently, she was also appointed to chair an anti-corruption centre pledged to assist entrepreneurs in the fight against bureaucratic raids. The centre has begun working with Delovaya Rossiya (Business Russia), the leading public association of non-oil and gas companies.

“This is a union of two forces – the authorities and business,” said Boris Titov, who co-chairs the body.

Theft of a company

One of the first cases the centre took on involved Galina and Yevgeny Konovalov, husband and wife entrepreneurs from the southern city of Krasnodar, whose company was wrested from them by local officials. “In 2008, we learned that the company’s owner had been mysteriously replaced. When we went to court, my husband was arrested on fabricated charges,” Ms Konovalova says.

Lawyers said the case was hopeless, but this year the couple won two major victories: in February, one court ruled that there had been several breaches in the case  against Yevgeny, while another returned the company to the Konovalovs. The case against Yevgeny, however, has not been closed, and company property was sold during the court proceedings. “This is a typical case of raiding, and we are trying to help them recover their property,” Ms Yakovleva says.

Delovaya Rossiya believes corruption has now reached epidemic proportions, with some 70,000 enterprises across Russia being targeted by similar raider attacks. “Up to 10pc of a business’s expenses go towards meeting the corrupt requests of officials,” Mr Titov says.

These assessments might be  questionable were it not for seemingly corroborating statements from the top about the extent of corruption, which, in Mr Medvedev’s words, “is not weakening and has the entire economy by the throat”.

Meanwhile, Yana Yakovleva says it is the criminal law that is currently the main channel for seizing businesses. “It used to be arbitration courts, but the quality and independence of the judges increased there,” she said.

In response to his recent inquiry, the Interior Ministry said the number of criminal cases opened on economic charges dropped by 35pc in 2010. The Kremlin is now preparing the third phase of criminal legislation liberalisation: it is expected that the majority of economic crimes will be made punishable by a fine instead of prison. But few of these measures may work without efforts from below to connect laws and the reality of doing business.

These days, Yana Yakovleva maintains a diverse set of confidants – from oil executives to Lyudmila Alexeyeva, a Soviet-era dissident who heads civil rights organisation the Moscow Helsinki Group.
“I see my calling in using my own experience to try to help people and change the situation,” says Ms Yakovleva. “Before my arrest I didn’t think that business should have societal obligations. But it shouldn’t keep silent – rather work to improve its own environment.”