Lifestyle
Natalya Fedótova
Vladislav Kuzmichev
For those travelers to Russia who want to experience more of the country than the traditional tourist itinerary – and who can live without a five-star hotel – our country offers unique opportunities for game hunting, photography and fishing. To ensure that a trip into the Russian forest leaves only good impressions, we have prepared a list of the 12 most dangerous Russian animals. 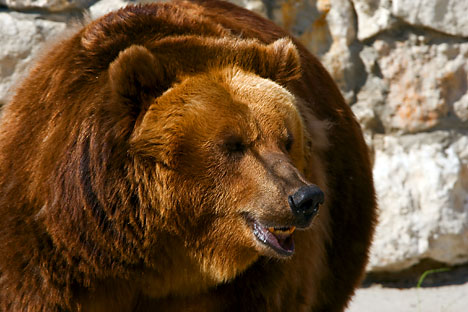 The brown bear (Mishka) is the hero of many children’s tales and cartoons for adults. It was the mascot of the 1980 Moscow Olympics.

In spite of its huge weight and apparent clumsiness, it is a very agile animal. It can stalk its prey, leap on its back (at a speed of 50 km an hour) and kill it with a single stroke of its paw.

The brown bear inhabits almost the entire forest zone and the most dangerous variant is the insomniac bear. This is a bear who, for some reason, does not hibernate in winter, or emerges from its den long before the winter ends. A bear that wakes up ahead of time has a very nasty disposition and should be given a wide berth. 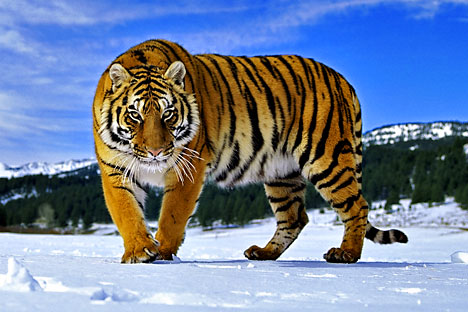 The Amur tiger (also known as the Northern tiger) lives in the southeast of Russia on the banks of the Amur and Ussuri rivers and in some Asian countries. It is a very cautious, secretive and dangerous beast: If you try to spot one independently, there is a big question mark over which will become the prey — man or beast.

The Amur tiger is much bigger than its southern kin and its night vision is five times better than man’s. The tiger has long been regarded as an endangered species. The efforts of experts who protect wild animals have, however, been successful and as of 2007, the Amur tiger no longer faces extinction. 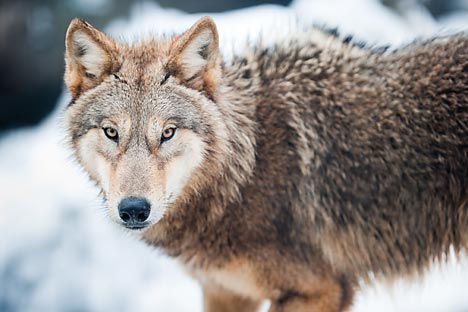 This is probably the most common predator in Russia. They live all over the country except in the taiga thickets and on some islands. Wolves live in packs, which makes them dangerous because, at a call from the alpha wolf, the pack could easily attack a human.

In Old Rus, one of the cruelest types of execution was to tie people to trees in the forest, leaving them to be devoured by wolves. Yet wolves do not attack people very often: it may happen only in early spring, on some deserted footpath through the forest when the wolf is short of food. If in danger, hunters advise climbing the nearest tree and waiting until the pack loses patience and leaves to find a less ingenious prey. 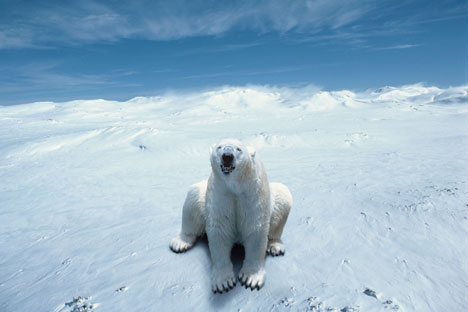 While the brown bear is rightly regarded as the master of the Russian forests, the polar bear inhabits the drifting and coastal sea ice where it finds its main prey: ringed seal, bearded seal, walrus and other marine animals.

Although films often portray it as an innocuous animal, the polar bear is very powerful and dangerous. Like its brown brother, it can knock a person’s head off with a single blow. Yet polar bears only attack humans in exceptional cases, when their habitats are destroyed.

There are special routes for tourists  in Russia that include observing and photographing polar bears by helicopter. The polar and brown bears, along with the Mississippi alligator, the salt-water and Nile crocodiles, the tiger, the lion, the white, tiger and grey bull shark are among the 10 most dangerous animals on the planet. 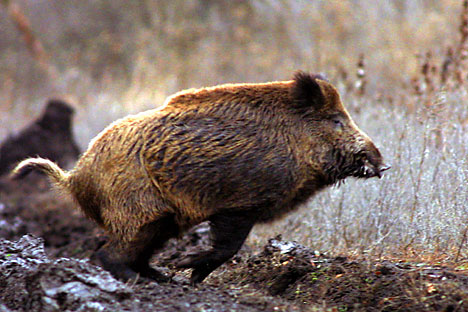 Experienced hunters say that the wild boar is even more dangerous than a bear. The bear, which has excellent eyesight, would prefer to get out of the way if it sees a human from a distance.

The poor-sighted wild boar will charge. Even experienced hunters are not always able to kill this fast animal with a single shot. Considering that the average boar weighs 200 kilograms (441 lbs), wrestling with it is hopeless.

The females are especially dangerous when protecting their offspring. The wild boar sticks to watery and marshy terrain. In the Amur Region, wild boars have been known to attack cars. The boar’s most formidable weapon is not its impressive weight, although it can easily crush a person to death, but its tusks. 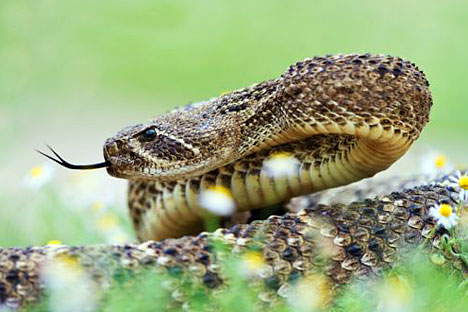 It was the bite of the common viper that killed the legendary Prince Oleg, one of the founders of the Old Rus state. Modern medicine could, of course, have saved him. The viper’s venom can kill a small person, but it is not lethal to a healthy person weighing over 60 kilograms (132 lbs), especially if he has antihistamine drugs in his pocket.

The viper’s poisonous fangs are just 4 millimeters long and cannot bite through most jeans, let alone shoes. Specialists say it is virtually impossible to step on a viper inadvertently.

The snake allows a person to approach it to within 3-4 meters (10 feet) and then hisses loudly as a warning and… retreats. Hunters advise people to stomp their feet loudly if they suspect there may be snakes around. The snake feels the vibration and gets out of your way. 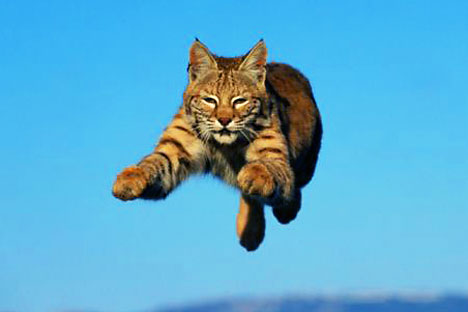 This northernmost feline can be the size of a big dog. In Russia, 90 percent of the lynx population lives in Siberia. The beast is most dangerous if you forget to look up into the trees because you are engrossed in picking mushrooms or berries.

The lynx usually attacks its prey from above and targets the neck, but it does not usually attack people. It only approaches human dwellings in exceptional cases: a very hungry lynx can break into a henhouse or hunt domestic rabbits. 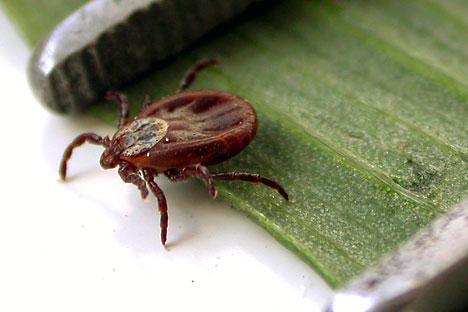 In spite of its microscopic size (just 0.2-0.4 mm), the tick can cause serious problems. It is the most active carrier of encephalitis (crippling inflammation of the brain) and Lyme disease (a severe infectious illness).

They live mostly along footpaths and animal trails where a large animal or a human being might pass. In most cases, the tick burrows into the skin near the head and neck and plunges its probe into the skin to reach the blood vessels.

A tick’s bite is sometimes difficult to notice, so after a walk in the woods you should examine your body and, if you discover a black spot, see a doctor immediately. The tick has to be removed and tested to make sure it is not carrying encephalitis. 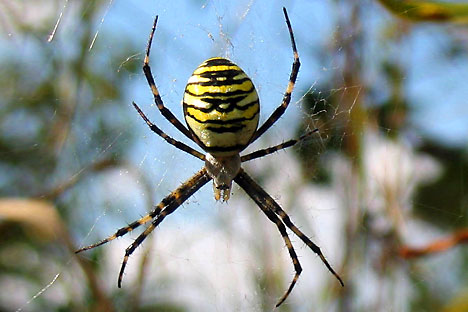 The karakurt is among the 10 most dangerous spiders on Earth and is encountered in Russia’s Astrakhan Region.

During hot summers, it can migrate to more northern areas, such as the Moscow Region. Their favorite habitat is ravine slopes. They are particularly active on summer nights.

The bite causes acute pain, which quickly passes but after a while (between 15 minutes and 6 hours), intense pain spreads throughout the bitten limb and then to the muscles of the body, chest and abdomen. Immediately after the bite (within two minutes at the most), you can hold a burning match against the bitten place and any poison that has not already penetrated into the body is destroyed by the heat.

This method is vital if medical assistance is not accessible. In all other cases, urgent hospitalization is recommended. 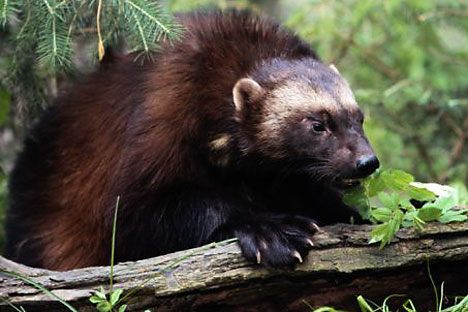 For fur trappers, the wolverine is pure hell. A cunning and strong animal, a mix between a bear cub and a dog, it easily avoids all traps and even kills and devours game caught in a trap. Indigenous people of the Siberian north believe that the wolverine, not the bear, is the master of the taiga.

Unlike wolves, which, once they have assuaged their hunger, might abandon the prey and go on a new hunt, the wolverine tears up the carcass, and hides pieces in various places and will not leave the area until it has eaten everything, including the bones. The wolverine is one of few animals that cannot be tamed even if several generations live in captivity. The wolverine avoids man and attacks only in extreme cases. 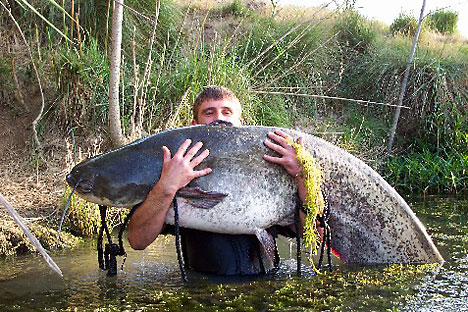 This fish can reach a length of 5 meters (16 feet) and a weight of 360 kilograms (793 lbs). Of course, such giants are rare. Even so, if you encounter one, the process of pulling it out of the water becomes a veritable battle.

Large catfish are very smart and have learned to hunt animals of any size that get into the water, even dogs. Several attacks by giant catfish on humans have been recorded. By the way, some experts attribute legends about water spirits to gigantic river catfish. 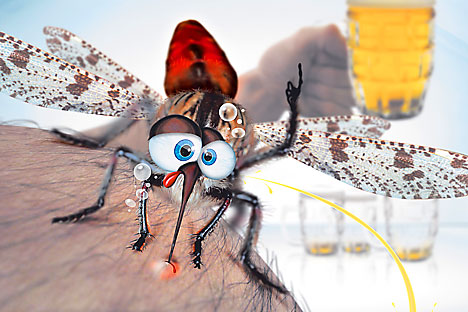 In spite of their very small size, these insects are quite dangerous. Do not worry: you are very unlikely to be infected with malaria or yellow fever on Russian territory, except perhaps along Russia’s southern border.

Even so, these little buzzing parasites are guaranteed to “suck your blood” in the direct and the figurative sense. However, modern chemistry has come up with a lot of sprays to keep the insects off and a picnic in the woods does not have to become a contest in how quickly you can slap your own body.

Read more: How is Russia tackling the problem of stray animals?