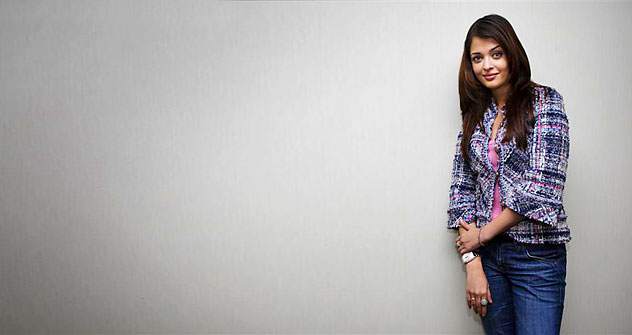 The Indian film star Aishwarya Rai is coming to Murmansk to take a part in a movie shooting. The thriller has a working title of “Players”, reports Sergei Oresheta, group administrator at RIA Novosti. The "Globus Film" company will act as the Russian partner. Some of the episodes will be shot on the Kola Peninsula, although the action takes place in Siberia according to the script.

"The script is more or less as follows: a group of five adventurers decide to rob a train carrying gold. It is most likely that the scene will be shot at Pyayve station; the Indian film producers liked the natural scenery and layout of the railway tracks here", says Oresheta.

The local railway station Pyayve not far from Murmansk is going to be used to stage a train robbery. For its part the Oktyabrskaya railway will support the work of the filmmakers, confirms the Press Secretary of the Murmansk branch of the railway, Vasily Ryabkov.

According to the managers of one of Murmansk's best hotels -  Park Inn Polyarnye Zori, the first group from India visited them on the 19th of April, and they were followed by about 50 other people.

The hotel's press service told journalists that "Actors, producers and the management of the film company Bolliwood Film Group will all be coming to the hotel. As well as this about 80 more people from the technical support team are staying in the town on a more modest accommodation budget. Luxury rooms are currently being prepared in the hotel for the film’s main star, who will arrive at the end of April. This is Aishwarya Rai, whom many consider to be the most beautiful woman on the planet".

The hotel staff said that the cooks are ready to fulfil any requests the artists make, but, according to Oresheta, the Indian film crew has its own chefs, who will also bring their own ingredients.

Shooting will start very soon and will continue until the middle of May. The remaining scenes of the thriller will be shot in St. Petersburg and in other parts of Russia.

Negotiations about the work of Indian filmmakers working in the Far North had already started last summer, when a whole delegation came to the Central Mine of the "Apatit" complex to choose a suitable place for filming in Hibinah.

It is known that the producer of the "Indo-Hibini" film will be Abhishek Bachchan - the "Prince" of Bollywood and the husband of the beautiful film-star Aishwarya Rai.

This is not the first joint Russian and Indian film project that has happened in recent times. The director Alexandr Strizhenov told RIA Novosti that another joint film with the working title "The Striped Flight" will start shooting in 2012. As well as this, according to an announcement from Vyacheslav Tel'nov, head of the Department of Cinematography in the Russian Federation’s Ministry of Culture, negotiations are being held to form an intergovernmental agreement on joint Russo-Indian film production. The agreement will create conditions that are favourable for shooting films in terms of taxes and visas.