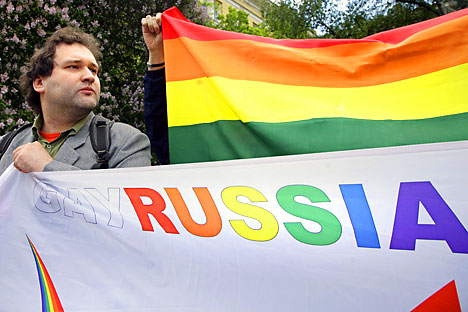 The Moscow city authorities gave official permission on Tuesday to hold the first ever gay pride march in the capital.

The Moscow city authorities gave official permission on Tuesday to hold the first ever gay pride march in the capital, in an important victory for the country's gay community, the parade's organizer said.

In a landmark decision greeted with delight by Nikolai Alexeyev, Russia's top gay rights activist, the city government allowed the proposed march on May 28 to go ahead.

The head of Moscow's central district said he was not aware of the planned event. "The authorities must now ensure the security of the participants in line with the ruling of the European Court [of Human Rights]," Alexeyev said in a statement published on the community's website, gayrussia.eu.

In October, the Court fined Russia for banning gay parades in Moscow, saying fears that such marches could cause unrest were unfounded. The authorities were told to pay $41,090 in damages and for legal fees. "This is a crippling blow to Russian homophobia on all accounts," Alexeyev said after the ruling.

The former Moscow mayor, Yury Luzkhov, who ruled the city like his own personal fiefdom for 18 years before he was sacked by President Dmitry Medvedev in September, described gay parades as "satanic." The new mayor, Sergei Sobyanin, told a radio station in February he was not in favor of the idea.

Campaigners who have tried to march in Moscow without permission have come under attack from hardcore nationalists and religious groups, or were set upon by police. The mayor's office was not available for comment.