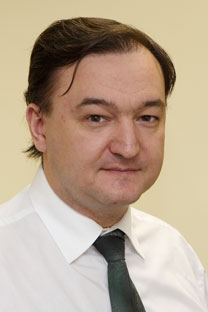 An independent commission carrying out a Kremlin-ordered inquiry into the death of Hermitage Capital lawyer Sergei Magnitsky has found that he was illegally jailed and deprived of medical care.

The preliminary findings from the report, prepared at the request of the presidential Human Rights Council, may indicate that President Dmitry Medvedev will crack down on officials whom Magnitsky's supporters have long accused of facilitating his death

But no one has been charged in Magnitsky's death in November 2009, and the independent inquiry is ongoing.

"As the first stage of the inquiry is finished, its findings confirm that the investigator in the case, Oleg Silchenko, bears serious responsibility for Magnitsky's death," said Valery Borshchyov, head of the commission created at the request of the Human Rights Council, tasked earlier by Medvedev to look into Magnitsky's death.

Among other things, Silchenko repeatedly denied Magnitsky's requests for "ultrasound screening necessary for a further operation, which led to his death," Borshchyov said in a telephone interview Tuesday.

The doctor at the Matrosskaya Tishina detention center, Alexandra Gauss, "also left him without medical help" after he was moved there in serious condition shortly before his death, Borshchyov said.

He also said the tax case against Magnitsky that resulted in his arrest was a sham, but did not elaborate. "Magnitsky died innocent because the case against him was fabricated," Borshchyov said.

The 37-year-old Magnitsky was arrested in 2008 on tax charges and died of heart failure after 11 months in detention. His supporters said the charges were fabricated by officials involved in a $230 million VAT refund scheme he was trying to expose, and that he was intentionally denied medical help.

The independent inquiry backed these accusations, implicating Silchenko — who handled both the case against Magnitsky and the Interior Ministry's investigation into his death.

The commission is now examining "corruption facts" related to the case in the Interior Ministry, Borshchyov said. The final findings will be presented to Medvedev in the fall at the earliest, he said.

Neither Medvedev nor officials linked to the case commented on the report Tuesday. The Interior Ministry, which has accused Magnitsky of organizing the $230 million scam, also had no immediate comment.

The Investigative Committee is conducting its own inquiry into Magnitsky's death.

"The inquiry is long-term and is not finished yet," the committee said in a statement Monday.

Magnitsky's supporters have implicated 60 officials in his death. Politicians in the European Union and United States have threatened to introduce travel bans and freeze assets of those officials.

Last week, the supporters released a YouTube video accusing the Moscow tax official who signed off on the $230 million refund of owning about $40 million in undeclared assets even though her annual household income amounted to about $40,000. Swiss authorities have opened a money laundering inquiry into the accusations after two Swiss bank accounts were linked to the husband of the official, who has since quit the tax service.