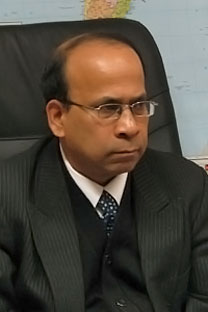 The ill-conceived market reforms, masterminded by the Washington Consensus and executed by the then Russian regime in the aftermath of the Soviet breakup, dealt a fatal blow to Russia’s powerful military industrial complex that housed 70-75% of the nation’s scientific–technological assets. The 1990s witnessed a neo-liberal, neo-Bolshevik revolution that heralded a de-industrialisation process in Russia under which the country lost nearly 55% of its industrial production with some of the industrial sectors, particularly in the military industrial complex (MIC), suffering  a near extinction. Part of the defence industry could survive in the absence of state arms procurement policy, largely due to arms exports to India and China. Having lost substantial potential towards the end of the last decade of the 20th century, the Russian elite realised that Russia has no alternative to building an innovation-based economy if it wants to emerge as   one of the major powers in the world. If the first decade following the Soviet disintegration saw an unprecedented decline in the MIC, developments in the past decade suggest a radical  revamping of the complex, which has been driven by a prudent policy followed by the government.

The first fundamental shift in state policy in the area took place when the government under President Vladimir Putin replaced the earlier neoliberal concept that meant non-interference by the state in business.  President Putin's defense policy envisaged reintroduction of state procurement policy and state regulation of the MIC. In order to improve the quality of weapons, the state agency for defence order has been created; a unified procurement system in the defence ministry has been put in place and a government commission to look into military industrial issues has been set up. The government has been implementing a massive programme for restructuring the military–industrial complex, virtually cordoning   it off   from the rest of the Russian economy. Considered as the locomotive of progress, the state has allocated huge funds for the revamping of the military-industrial complex. Ten years ago, it was hard to comprehend that Russian armed forces would ever start   purchasing modern weapons. In 2005, the government financed 99% of the procurement for the country’s armed forces. In the absence of state purchase for Russian armed forces, the military-industrial complex concentrated on the export market while the government bought barely one experimental model for its defence forces.

The situation started changing for the better since 2004 when state defence order for the country’s own armed forces not only matched but even started exceeding the amount of profit received from arms export. During last several years starting from 2005, the process of supplying modern arms to Russian armed forces is going on in a significant way with defence allocation registering nearly 30% growth each year. If the state defence order in 2005 was 27% higher than 2004, the defence order in 2007 (compared to 2006) exceeded by 28%. The state programme for the 2007-2015 period that seeks to equip the Russian armed forces with modern military hardware of the 21st century amounts to whopping 5 trillion rubles. While the government allocated 6.7 billion usd used for arms procurement in 2005, the amount went up to $8.8 billion in 2006. This was on top of the additional 50 billion rubles meant for buying high-tech weapon systems, and touched $46.8 billion (1.3 trillion r) in 2009.

What is noteworthy is that the proportion between the amount earmarked for development and the sum meant for maintenance of the armed forces has gone through substantial changes during post–Soviet   years. If this ratio was 25: 85 in 1990s, it changed to 30:70 in 2001 and 40:60 in 2006 while it reached 50: 50 in the year 2010, a  pattern that exists in developed countries. Under the state defence programme covering the period up to 2015, 63% of the allocation would be spent for procuring new military hardware, developed in the immediate preceding period. These are essentially perspective models, which would adequately and asymmetrically meet the challenges   thrown by the emerging global military-political situation in future.  These are new and modern weaponries   for all branches of the armed forces. In the new programme,  the third one in the post-Soviet history, emphasis has been given on the serial procurement of weaponries rather than on research and development (NIOKR) as was  the case with  the earlier programmes in order to bridge the technological gap that emerged during 1990s.

But this does not mean research and development (NIOKR) would be neglected or suffer from lack of funds, says Russia’s first deputy prime minister Sergey Ivanov in charge of MIC. He stressed that emphasis would be given to research on new material creation, plasma physics, microelectronics and others. While 94.1 billion rubles were allocated for research and development in 2007, this amount was raised to 1 trillion in 2008.

In spite of a downslide in certain areas in the post–Soviet years, it is an undeniable fact that Russia still retains global leadership in 10 to 15 areas out of the existing 50 leading technologies of the world. MIC worldwide remains the locomotive of high technology, economic progress   and advancement of knowledge. In this respect, Russia  is no exception as more than half of its scientific potential is still concentrated in the MIC.

The year 2006 turned out to be a turning point for MIC in the post-Soviet period because it started getting funds not only for manufacturing of modern weaponries, but also for shifting from the production of single model piece to serial production.

In contrast to the Soviet practice, Russia keeps its defence budget within 2.6 to 2.8 per cent of its GDP. The government is investing huge sums of money in MIC through a slew of state programmes and result-oriented federal programmes for technological renovation of the defence industry. These investments have shown results with MIC   yielding sustainable dynamics of growth in terms of volume as well as quality. During the global economic crisis that badly battered the Russian economy, Russia managed to record an impressive growth,   with modern arms production increasing at the rate of   10% in 2008 and 2009.

The restructuring of MIC through the formation of a host of competitive holding companies in areas like aviation, space, air defence systems, shipbuilding and nuclear has created new possibilities for revamping the Russian defence industry. Russia plans to have 40 such large corporates with concentration of technological and financial resources by 2015.

As revealed by Prime Minister Vladimir Putin in his recent address to the Russian State Duma, the government would allocate an unprecedented 20 trillion rubles in 2011-2020under the vital new state programme, which is three times larger  than the earlier such programmes. It will help create a modernised technological base for the production of modern weapon systems. Besides, the country has firmed up ambitious plans for the modernisation of MIC itself since new quality weapon systems can be produced on the basis of new equipments, and the government plans to spend 3 trillion rubles for this purpose in the next 10 years. The government plans to invest 200 billion rubles each year for research and development, and to produce dual-use technologies on the basis of it. The state procurement mechanism would serve as an important instrument for the modernisation of MIC   and the economy as whole.

In the backdrop of Russia’s massive MIC modernisation programme in recent years, the assertion by a section of India’s strategic community and media that Russia’s MIC is decaying and hence India should rethink its defence procurement policy drastically, particularly in Russian direction, is highly misplaced. Half-a- century old Indo-Russian defence cooperation has entered a new qualitative stage with the emphasis on technology transfer, joint research, joint development that helps in augmenting India’s much-desired indigenous potential. We should not lose sight of the fact that Russia is still a powerhouse of high tech that is essentially concentrated in its MIC, and India is Moscow’s most-preferred and most trusted partner in the area of sensitive cooperation. This is reflected in joint ventures like the development of Brahmos, the fifth generation fighter aircraft and multirole transport aircraft. In an era when transnational defence conglomerations are in formation with Anglo-Saxon and continental European groupings showing strong financial and technological concentration, India and Russia, given their high level of trust and civilizational links and history of productive cooperation, are left with no other option than to form yet another conglomerate for strengthening joint research, development, production and marketing by combining their technological and financial resources for mutual benefit of both countries.

Arun Kumar Mohanty is Director of “Eurasian Foundation”, New Delhi and Associate Professor of the Centre for Russian and Сentral Asia Studies in the School of International Studies, Jawaharlal Nehru University.