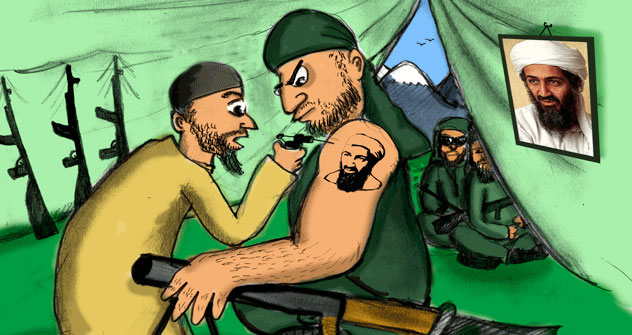 Think of the irony of it. Osama bin Laden was finally tracked down not in the lawless wilds of Afghanistan but in the teeming Pakistani city of Abbottabad, which is hardly 50 kilometers away as the crow flies from the headquarters of the military establishment in Rawalpindi.

Abbottabad has been traditionally from the British times a city with a high concentration of serving and retired military people. A brigade of the Second Division of the Northern Army Corps of the Pakistani military is based there. Bin Laden’s massive two-storey bungalow with its 16-foot high walls in the posh residential district of Abbottabad within a few hundred meters of the cantonment bears all the hallmark of a “safe house” of the Pakistani intelligence.

Make no mistake about it: The operation that killed bin Laden was a joint Pakistan-United States Special Forces operation. There is no conceivable way that the Americans could have got anywhere near that part of Pakistan on their own. (Abbottabad is also the sensitive “gateway” to the Karakoram Highway leading to China.) Nor could the Americans have obtained such “real time” intelligence that bin Laden was passing through Abbottabad without the involvement of the Pakistani agencies.

The big question, therefore, is why the Pakistani military leadership finally decided to turn in bin Laden – and the timing of it. Everything hinges on the answer to that question. What needs to be factored in is that bin Laden has always been the “trump card” that Pakistani military was expected to play at an appropriate time. Historically speaking, Pakistani military and intelligence have been extremely adept at modulating their working relationship with the Pentagon and the CIA. Quite obviously, Pakistani military estimated that doing a favourable turn to the US president Barack Obama at this precise juncture would optimise the “returns”.

The American public opinion has lately turned against the Afghan war and is plainly dissatisfied with Obama’s handling of the war. Obama is badly in need of a “success” story from the Hindu Kush. And bin Laden is a highly emotive issue for the American people. Obama will now be riding a wave of patriotic fervour all across America and that can have interesting fallouts for his re-election bid in 2012.

Indeed, Obama will readily appreciate that the Pakistani military has taken a big gamble in collaborating in the elimination of bin Laden. A furious al-Qaeda assault on the Pakistani state is now virtually certain in the downstream of the “betrayal” of bin Laden. Again, the heart of the matter is that bin Laden is a highly emotive issue for the Pakistani people and his violent killing can lead to an explosive political situation in the country. Therefore, Obama will appreciate that Pakistan, especially its military, gets all the support from the US that it deserves at this point.

The various insurgent groups operating along the tribal tracts of the Afghan-Pakistani border region and drawing sustenance form al-Qaeda will also be seeking revenge against the Pakistani military. Evidently, Pakistani military leadership, which is traditionally cautious, has carefully weighed the pros and cons and before coming to a decision that it has the wherewithal to weather the storm of public opinion. This self-confidence is with some justification also, since at the end of the day, “Islam Pasand” parties in Pakistan are beholden to the largesse available thanks to the patronage by the Pakistani military establishment and they are highly vulnerable to political blackmail. Again, rhetoric apart, the Pakistani political elites and the feudal aristocracy always hankered for American support and would not like to cross swords with the military over an existential question.

What does this sort of a US-Pakistan condominium mean for regional security? Three things must be noted. First, Obama now has a relatively free hand to work out his Afghan strategy. Essentially, US and Pakistan have a meeting point insofar as both want the Afghan war to end. Obama’s priority is to establish a long-term military presence by the US and NATO in the Hindu Kush (bordering China, Russia and Iran) which is integral to the US global strategies, but without American and European soldiers getting killed and inflaming domestic opinion in the western countries. On its part, what Pakistan is looking for is the reintegration of the Taliban. These are actually reconcilable objectives. The US and Pakistan can now be expected to go all out to reach a modus vivendi that accommodates the legitimate needs and interests of both sides.

Second, Obama’s foreign policy priorities are turning to the Middle East, which is a pivotal arena for the US global strategies in the 21st century. Pakistan can play a big role in safeguarding the security of the “pro-West” regimes of the Persian Gulf region. The Pakistani mercenaries numbering around 30000 personnel (including a large number of ex-servicemen) are already beefing up the security of the besieged Bahrain ruler. The crunch time comes for the US regional strategy in the Persian Gulf if the regime in Saudi Arabia gets seriously threatened. Indeed, the US cannot play a direct military role in the Arabian Peninsula where Mecca and Medina are situated. But Pakistan as a Sunni country of observant Muslims with a huge standing army can. That is to say, US would view Pakistan, once it is freed of the preoccupations of the al-Qaeda problem and the Afghan war, as a “provider” of security for its Persian Gulf allies.

Needless to say, Saudi Arabia will feel greatly relieved at the elimination of bin Laden at this crucial juncture. It is an interesting thought as to what extent the Saudi regime worked on the Pakistani military leadership to get rid of bin Laden.

Third, US policies of interventionism and unilateralism get a huge fillip. The killing of bin Laden is a vindication of the so-called “war on terror” that George W. Bush embarked upon. On the pretext of fighting the forces of terrorism, US has embarked on a policy of invading sovereign countries – Iraq and Libya – and whatever braking mechanism that the war weary US public opinion put on the US establishment in its imperial march would also now dissipate in the newfound mood of jingoism in America. As the economic crisis deepens in the capitalist world, the propensity will always be there to wage wars abroad. Modern history is replete with such instances. The right-wing opinion within the US will gain ascendancy in the emergent climate and it is already clamouring for more robust military interventions abroad.

Put plainly, the prospect of a protracted military occupation of Afghanistan and Iraq and the eruption of military conflict involving Iran loom large. The US is desperately looking for ways and means of mitigating Israel’s regional isolation amidst the upheaval in the Middle East. The Middle East peace process is at a dead end. At the same time, the so-called Arab Spring threatens to trigger revolutions like in Egypt where the successor regime, in deference to the public opinion, is already steadily turning its back on the pro-US, pro-Israel policies of the Hosni Mubarak era.

Equally, the regimes in Syria and Iran will come under immense pressure from the US in the coming months. It suits US regional policies to polarise the Muslim Middle East along sectarian lines – portraying as if “Salafism”is under threat from resurgent Shi’ism – so as to divert attention from the historical processes in the region that may jeopardise the survival of the pro-West regimes. The signs of a “counter-revolutionary” backlash are appearing. The elimination of bin Laden at this critical juncture frees US from the morass of the Afghan war and sets the arena for the epochal struggle for the making of the “new Middle East”. Its timing could not have been more propitious.