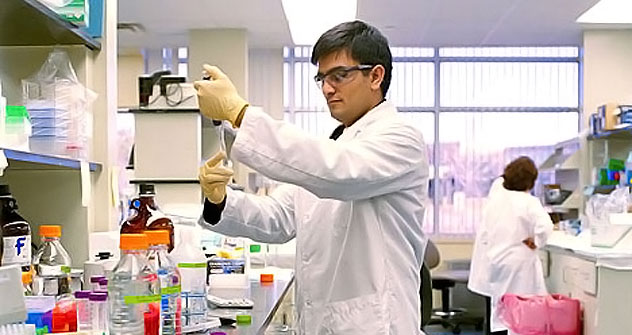 With economic clusters becoming a key priority of the government, Yaroslavl is hoping to become pharma and tourist hub of Russia.

India and Russia’s Yaroslavl Region have similar economic priorities — the development of pharmaceuticals, information technologies, and the automobile industry — and may successfully implement joint projects, said Igor Elfimov, deputy governor of the Yaroslavl Region, during a recent meeting with a visiting delegation of Indian businessmen.

The region’s authorities are focused on developing industrial parks and are offering investors several finished areas for investment projects. Nearly 470 million rubles ($17.4 million) have been earmarked for the development of infrastructure parks and the creation of industrial areas in 2011, said Elfimov.

Although technoparks and industrial areas have been developing in Russia since the 1990s, they began to receive official support only recently. March 2006 saw the concretization of a government programme to finance the construction of a chain of technoparks. The programme sought to synthesise financial support by the federal with those of the regions on the one hand and sizeable private investment on the other hand to create engineering infrastructure on government-owned properties so that technoparks could be given to private investors. The 2008-09 financial crisis, however, came in the way and the programme was suspended.

But at the regional and private level, this idea started taking root. Russia, after all, inherited a powerful industrial complex from the Soviet era. Heavy industry and mechanical engineering formed the cornerstone of the Soviet economy. The proliferation of small-and-medium-sized businesses in recent times has encouraged the demand for infrastructure and the formation of technopark and clusters around them. The Pereslavl Technopark, for example, was created on the foundation of the old giant Slavich.

The Kaluga region, which attracted $1.3 billion in foreign investment from 2006 to 2009 and is perhaps the country’s best example of a successful provincial economy, has seven industrial parks hosting big foreign companies like General Electric, Mitsubishi and Volkswagen.

“The main idea behind [industrial parks] is the total absence of infrastructure risk,” said Vladimir Popov, general director of the Kaluga government agency responsible for working with the Kaluga Regional Development Corporation. “Big [foreign] companies think that industrial parks help them to effectively realise their projects in Russia.”

The creation of industrial parks is also tied to innovation and development — themes championed by Russian President Dmitry Medvedev. The Association of Industrial Parks quotes a line from Medvedev on its web site: “Russia has no alternative to modernisation.”

More industrial parks are on the way. A successful automobile cluster operating near St. Petersburg, a major innovative center, is being created at Skolkovo, near Moscow. In other regions, the timber industry, petrochemicals, power machinery construction and other clusters are being formed. In late 2010 a project to create a special economic zone (Titanium Valley) in the Sverdlov Region in the Urals received federal approval. Besides mining and processing titanium, Titanium Valley plans to immediately enlist partners from other branches of the economy, including shipbuilding, power engineering, petrochemicals, atomic engineering and medicine. Boris Titov, chairman of Delovaya Rossia, a national organisation promoting industrial development, says industrial parks makes it easier for start-up companies in Russia to do business.

Industrial parks provide a “one window” clearance for companies, simplifying bureaucratic hassles and making life much easier for investors, he says. But there is a long way to go. The Association of Industrial Parks estimates that there are 25 industrial parks open for business and 60 to 70 parks under development.

In 2010 construction began on a new factory to produce the Russian active pharmaceutical substance “Pharmoslavl,” a joint initiative of the R-Pharm Company and the High-Tech Center “ChemRar.” By 2014 the factory plans to produce at least 66 varieties of active substances. The production of high-tech medical equipment is another focus area of the Yaroslavl pharmaceutical cluster. Regional authorities are actively recruiting producers of medical equipment by offering convenient sites for new factories not only in Yaroslavl, but also in Pereslavl-Zalessky and Rybinsk.

More than $250 million has been invested in the pharmaceutical business. In 2010, the foundation was laid for a new factory for Nycomed, which will be the flagship enterprise of the Yaroslavl pharmaceuticals cluster. By the end of 2013, the factory plans to produce modern medications for treatment and prophylaxis of nerve and heart diseases. The Novoselki Park has around 100 hectares of land for the construction of new pharmaceutical production facilities.

R-Pharm, the leading Russian distributor of medications in the hospital sector, plans to open its own factory in Yaroslavl this year. It will produce medications to treat bacterial, viral and fungal infections, pancreatic diabetes, as well as oncologic, hematological, and infectious diseases. The R-Pharm factory, in cooperation with leading world and Indian manufacturers, will engage in the contractual and licensed manufacture of medications that are currently imported from abroad.

In developing pharmaceuticals, the Yaroslavl Region is hoping to attract Indian business. In December 2010 in Delhi, at the Fourth Russian-Indian Forum for Trade and Investments, R-Pharm signed a cooperation agreement with Dr. Reddys, a leading Indian pharma company. This agreement is aimed at bringing about a phased transition to manufacturing in Russia. Many agreements were signed with Indian manufacturers of medical materials, equipment and software. For example, Medikit, which specialises in manufacturing syringes and blood transfusion equipment, is negotiating with the Russian company Kraspharm to create a joint enterprise in Pereslavl-Zalessky.

In January the Yaroslavl government and Ranbaxy Laboratories Limited signed a memorandum on cooperation in health care and the development of the pharmaceuticals sector.

In Pereslavl-Zalessky, the construction of a production facility for nano-vaccines and nano-medications is already underway; this is a joint project between the innovative company NTPharma and the Russian State Corporation RUSNANO. Leading Russian medical scientific and research institutions, including the Scientific Research Institute of Epidemiology and Microbiology named after N.F. Gamalei, are also participating in this project which is expected to cost around $50. Companies like Bentus Laboratories, a producer of antiseptics, and Vitafarma, a producer of vaccines for herpes virus and new bacterial medications, have announced their intention to locate factories in Pereslavl-Zalessky.

In September 2010, the Yaroslavl Regional Government signed a Memorandum of Cooperation in Health Protection and Medicine with Novartis Pharma to begin clinical research on new medications and to create a multiple sclerosis research center in Yaroslavl.

The main draw of the Yaroslavl cluster of pharmaceuticals and innovative medicine is its system of multi-level training of professionals, which includes additional post-graduate education, secondary professional education, support of scientific research, advanced professional training of doctors, and teaching new technologies to medical personnel.

The idea of clusters has spread to the tourism industry. Yaroslavl was once a far larger city than Moscow and was the capital of a large principality. The city today has lost its strategic importance, although it remains one of the pearls of the Golden Ring — a string of ancient Russian cities that have preserved unique monuments of medieval Russian history and culture. This year Yaroslavl will host the First International Tourism Forum. “Our ambition is to become the capital of the Golden Ring,” says Igor Elfimov.

Many ambitious plans are being firmed up to create a tourism hub in Yaroslavl. There is already an agreement under which Yaroslavl will be serviced by express trains (Sapsans) from Moscow. There are regular flights to Yaroslavl from Moscow and St. Petersburg. The Yaroslavl Airport should become a feeder airport for the two Moscow capitals. In future the Yaroslavl Airport will be able to accept international flights directly. In Pereslavl a large tourism complex is now under construction; it will include as operators such famous world brands as the Holiday Inn and the Ramada Inn.

The region is counting on tourists from Asia. European and American tourists already know this region fairly well. However, the stream of tourists from, say, India is still not very great. “In the near future our city will host an Indian delegation. We will form a plan, and our cooperation with India, I am confident, will expand,” says Eleonora Sheremetyeva, the head of the Administration of the Uglich Municipality.