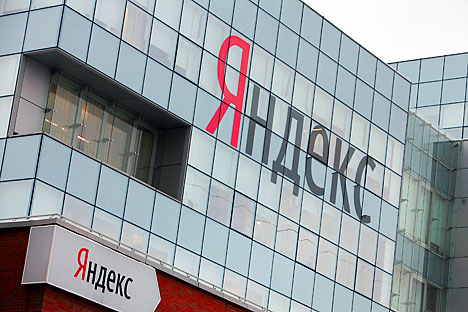 For investors eager to get a piece of Russia's burgeoning Internet market, "Russia's Google" will remain attractive despite political risk.

Hungry for exposure to Russia's booming Internet sector, investors have been waiting for market heavyweight Yandex to offer up its equity for close to three years. Just three days ahead of the date it was expected to announce its indicative range, "Russia's Google" raised a red flag on political risk attached to its business, yet investors look unlikely to let that put them off.

Russia's biggest search engine confirmed on Apr. 28 that it had applied to launch an IPO on New York's Nasdaq in May, and would seek to raise around $1 billion by floating 20 percent of its equity. However, on May 2, the company announced it had been forced by the Federal Security Service (FSB) to hand over details of users of Yandex.Dengi, its money transfer system.

Specifically, the successor to the KGB demanded details on donations to Rospil.ru – an anti-corruption website run by shareholder activist Alexei Navalny that targets state-controlled companies such as Rosneft. Yandex had already dedicated a significant portion of its IPO prospectus to warnings of political risks and the dangers of a takeover bid from oligarchs close to the authorities. "High-profile businesses in Russia, such as ours, can be particularly vulnerable to politically motivated actions," Yandex said in the prospectus.

Meanwhile, an unsubstantiated market rumor has been doing the rounds saying that the Kremlin told the company it would put a halt to the listing unless the state was given a blocking stake.

That's an awful lot of Russia risk to attach to a company as it prepares to launch itself on the stock market. However, analysts and investors doubt it will have a serious impact on the IPO because Yandex is such a compelling story and risk-tolerant investors will live with it because it's already priced in. One fund manager, who asked for anonymity, said: "Russia risk is always there, so most are used to it. As long as the pricing and strategy are right, then appetite should remain."

Tom Mundy, chief strategist at Otkritie Financial, agrees that investors in Russia are less concerned about such issues than many might think. "We rarely speak to investors that are not already skeptical concerning Russia risk," he said, "whether that be political issues, corporate governance, corruption, etc."

Alexander Vengranovich, a media and IT analyst at the same bank, agreed. "The investors we've been speaking with aren't paying much attention to the political risk story. They're more interested in the Yandex growth story," he said.

However, it's hard not to wonder what effect such risks might have on companies in less attractive sectors of the Russian economy. Already this year, four planned IPOs have been pulled at the last minute due to demands for deeper discounts to global peers.

Not only is exposure to the Internet sector attractive for the growth story, but as Konstantin Chernyshev of Uralsib said: "Investors in the Internet segment are very risk tolerant because the entry barriers are very low: It's cheap to set up a venture and success is driven by innovation. It's not like drilling for oil."

The Price is right

The lesson here appears to be that pricing remains the ultimate key to the success of Russian IPOs, and issuers must still take Russia risk into consideration. Most analysts anticipate that Yandex will look to IPO at a price that values the company at between $6 and $7 billon, a significant discount compared to it global peers. "Investors are still very interested," claims Vengranovich, "and the likely price looks very reasonable, especially if you compare it to Chinese peers."

At the anticipated pricing, Yandex will offer a 2011 price/earnings ratio of 30-34x, while Chinese portals such as Baidu (56x) and Sina (69x) demand much higher prices. "The political risk for Yandex is already priced in via the more general Russian discount, which we factor at 37 percent to the [emerging market] aggregate," said Mundy. "Look at the risk-free rates on Russian corporate debt versus sovereign – the spread between the two suggests strongly that the market is pricing 'intangibles' for Russian corporates."

While at the time of writing Yandex was yet to announce the indicative range on the listing, the market is clearly expecting demand to be robust for this jewel in the Russian internet crown. The stock will join Mail.ru – which in November recorded the only really impressive Russian IPO result in the last three years—as the sole names offering exposure to a segment that is expected to exhibit rapid and sustained growth.

Yandex says it accounts for 64 percent of all search traffic in Russia—compared with Google's 22 percent—and is the largest Russian-based Internet company by revenue. That puts it at the top of a segment likely to develop swiftly as broadband is rolled out across the country and advertising spending grows on the back of accelerating economic recovery.

Chernyshev says he expects the Internet advertising segment to grow at 27 percent annually over the next five years, adding that Yandex is the better bet for investors. "Unlike Mail.ru, Yandex offers a clear investment story," he said. "Mail.ru benefited from being the first to offer exposure to the sector and the backdoor it offered to Facebook shares. It looks like it will lose both of those advantages in the near future."

Meanwhile, the flare-up of political risk surrounding Yandex is only the latest in a growing debate around the Internet in Russia, which is credited as the last bastion of independence in a media industry dominated by state ownership.

That debate intensified in April when the FSB requested bans on Skype and Gmail, claiming they posed a serious security threat. The Kremlin dismissed the call, but the discussion appears to have opened a floodgate of sorts, with the sector front and center in news flow since.

Yet the Internet has a powerful champion in the form of President Dmitry Medvedev. Not only has Russia's "blogger-in-chief" repeatedly insisted that he will not allow censorship of the Internet, but, as opposed to the life sciences or nanotechnology for instance, IT is also the only high-tech segment in which Russian companies have made significant strides. That's the kind of progress that Medvedev has demanded should form the core of his top project – the drive to modernize the economy.

Whether that success, and the attention it brings, is purely positive for the country's top portal remains hard to say.