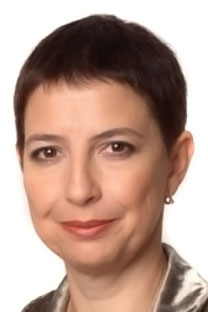 First, each country has its own rules. Russia, for example, has no restrictions on current account and capital transactions. Only the low demand for roubles in other countries prevents the Russian currency from being used in international settlements, the reasons being technical and ideological. The situation is similar in South Africa, a much smaller economy. By contrast, China imposes strict control on capital transactions and foreign investors face a challenge when entering the yuan. Furthermore, there are several exchange rates of the yuan, which poses an obvious technical problem: what exchange rate will be used? How will it be converted into other yuans? Russia and China recently began trading in their own currencies (“rouble-yuan, yuan-rouble”). Settlements and contracts in the currencies of other BRICS countries are unlikely to be massive.

Second, Russia is a commodities supplier and all commodity markets use dollars. There have been attempts – which enjoyed much greater political support – to switch to other currencies in commodities trading, but they have all failed. For example, Iran was anxious to sell oil for euros, but it failed. Will Russia be able to sell oil and gas for roubles? Since Russia is a price-taker in the oil and gas market, we have little say in shaping the price and the contracts are pegged to the dollar or to some conversion rate. However, the first step is always the hardest. There is much to be said for switching to settlements in local currencies.

For political reasons, the idea of diversifying currencies has support in many countries. When BRICS countries account not for 20% but 35-40% of the world economy, they will be able to recalibrate the structure in their own interests. At present, the euro zone accounts for 16% of the world’s GDP and China for more than 12%. Both India, whose growth rate is in the double digits, and Brazil post impressive economic figures. The outlook for Russia is good too. If BRICS countries grow at the same rate as today, there will be more reason for mutual settlements in national currencies.