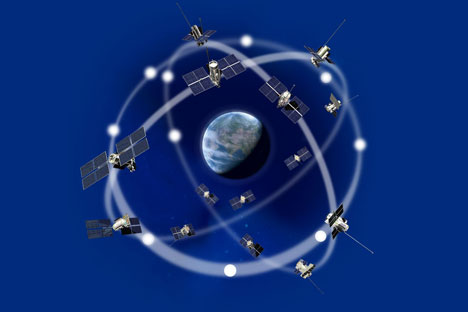 Sweden’s Swepos is the first Western company to announce it will use GLONASS, the Russian-produced global positioning system.

The Russian Federal Space Agency is planning to increase the orbital network of GLONASS to 24 satellites this year. The project was launched in 1976 to address defence issues, but it has since been reoriented to the civilian market. The system provides full coverage of Russian territory and covers up to 98% of the planet. Sweden’s Swepos is the first Western company to announce it will use GLONASS, the Russian-produced global positioning system. Until recently, Swepos, which operates a network of satellite support stations in Sweden, had been using the American GPS system.

According to Bo Johnsson from the company’s geodetic research department, however, GLONASS “works a little better in the northern latitudes because the orbits of its satellites are positioned higher and we can see them better than the GPS satellites”. The company isn’t planning to stop using GPS and will employ it jointly with GLONASS. “GPS and GLONASS provide approximately the same positioning accuracy, and 90% of our clients use the dual GPS-GLONASS system,” Johnsson said.

The GLONASS satellites transfer the signal in CDMA format, making them compatible with other systems, such as GPS, Europe’s GALILEO and China’s Bei Dou (also known as Compass). At present, GLONASS also transfers FDMA signals.

AFK Sistema is in charge of promoting GLONASS. MTS, Russia’s largest mobile communications operator, has introduced the 945 Android smartphone in Russia, which uses GLONASS for positioning. The smartphone also uses GPS. With a cost of roughly $330, the Chinese-produced smartphone turned out to be a niche product incapable of challenging the analogous systems of less expensive products using only GPS. The availability of two positioning systems increases accuracy and reliability, but the advantages they offer don’t impact the consumer’s choice given their relatively high cost.

The less expensive microchips used in GLONASS are already being employed or discussed in the products of such major manufacturers as ST-Ericsson, Nokia, Broadcom and Qualcomm. The arrival of chips on the market that support GLONASS along with GPS could ensure the emergence of new devices with even higher accuracy and reliability. The need for increased reliability is due to the fact that the satellite signals reach different parts of the plant with varying degrees of strength. The more satellites located above the horizon in relation to a given point and the smaller their angle, the higher the calculated reliability will be.

In Russia, government transport is to be equipped with GLONASS-based positioning devices. Production is under way in St Petersburg on a pocket-sized navigator with the GLONASS system, while Novgorod officials will start travelling in cars equipped with GLONASS or GLONASS/GPS starting from 1 May.