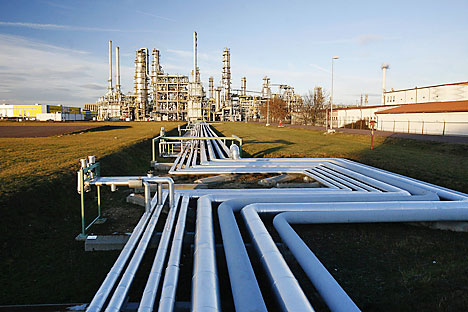 The European Union is pinning particular hopes on the reforms presented in the “Third Energy Package.” After initial approval in 2007, fierce debate among national governments and European energy concerns delayed full approval of the package of legislation until September 2009. It finally came into force in March 2011.

The European Commission is promoting the package as a cure-all for the union’s energy problems. It is supposed to bring competition to the European gas market and consequently send prices down. This in turn is supposed to goad gas producers into vying with each other for the European buyer, resorting to aggressive cost-cutting and making do with small profit margins.

Although the package would liberalize the access of natural gas producers to transport infrastructure, there is no guarantee that there will be much gas at the system’s input. Indeed, it does nothing to contribute towards that end. The third package may help the European buyer—but only if supply exceeds demand in the market. The trouble is that the package does nothing to stimulate supply.

In addition, the EU intends to increase the number of gas pipelines. Currently, the length of the transmission network lags far behind the United States, which liberalized its market long ago.

This is all well and good, except for one thing: When supply is short, a liberalized market is very bad for the buyer, as highlighted by the UK’s experience in the winter of 2005-2006 when domestic production fell short and completion of the new Langeled pipeline from Norway was delayed. Overall, shortfalls in gas supply due to redirection to other markets or a drop in production capacity have posed the main risk for European energy policy in recent years.

The risks are high, with at least four factors playing against European consumers. The first is the decline of domestic production. In 2000, the EU imported half of the gas it consumed, but by 2010, the share of imports to the enlarged union had risen to 62 percent. Even the UK, once the EU’s leading gas producer, has become a net importer. Germany and Italy depend on imports for over 90 percent of their needs. Denmark, for now still a net exporter, is expected to see its reserves depleted within two or three years.

Then there is the Fukushima factor. The EU will now have to shut down some of its nuclear plants. Germany has already declared it will do so. The only environment-friendly alternative is natural gas. The shutting down of nuclear plants in Germany alone could increase gas consumption by 35 billion cubic meters.

Another factor is the political turmoil in the Arab world, which could dramatically reduce alternative sources of natural gas. Then there is Qatar, which will hit peak production this year, and much of its abundant gas will be claimed by Japan to make up for the loss of Fukushima. Qatar has declared a moratorium until 2014 on the building of new capacity through development of the North Dome gas field, the world’s biggest.

If there is not enough gas input, the third energy package will favor the gas owner for one simple reason: He would be able to sell directly to the buyer while the transmission system owner will just offer transit services without any claim to owning the gas. And this benefits Russia. Given a shortage of gas, Gazprom will be able to sell gas to consumers without investing in the development of the European infrastructure—provided, of course, that the EU plays by the rules. Theoretically, the third package permits exceptions. A gas system operator may deny third parties access to the pipeline, storage facility or terminal in the absence of free capacity if necessary to meet the operator’s social obligations or if the company could sustain financial losses under ‘take or pay’ gas supply contracts. But the main exception to the rules may have to do with the new infrastructure. The legislation says that interconnector pipelines, LNG terminals and storage facilities may be excluded from regulation. As a result, the system will be much more liberal for some gas producers than for others.

The biggest long-term risk of the package is if investments in the development of the market infrastructure are suspended. Given liberalized access to transmission, it is unclear who will invest in the development of the gas transport system. True, the commission inserted provisions that make it mandatory for transport system owners and operators to invest; this is part of the 10-year development goals of the package. But it is still unclear what these goals are, whether they will be fulfilled and how they will be financed. The UK's experience shows that a liberalized market does not always react to market changes in a timely and efficient manner. Because gas transport projects are so costly and the payback period so long, market mechanisms perform poorly. The rules of free access can recoup the project cost only in very liquid markets with a large number of suppliers, and that is something few European markets can boast.

Therefore, the new rules create additional risks for European gas consumers while paradoxically providing new opportunities for Russia. The EU is painting itself into a corner because it does not understand that liberalization alone is not enough to bring prices down. What is needed is a serious gas supply surplus, something this energy package is unable to deliver.

Konstantin Simonov is the head of the National Energy Security Foundation