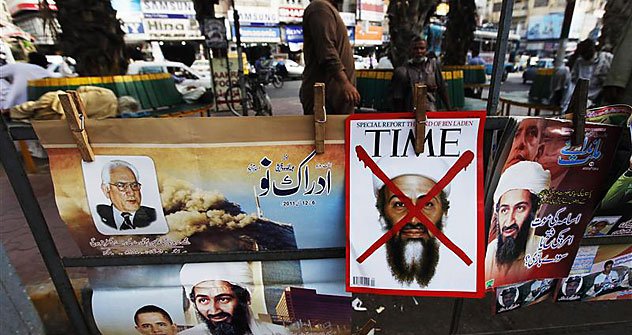 How the death of Osama bin Laden and the shake-up in Barack Obama's defense team are likely to affect U.S.-Russia relations.

The liquidation of Al-Qaeda leader Osama bin Laden presented Russia and the United States with a rare opportunity to see eye to eye on an important issue. Lately, the two countries have been sitting in opposite corners of the ring, with Russia accusing the United States and NATO in exceeding – some in Moscow even say abusing – the mandate of United Nation Security Council Resolution 1973 on Libya. The death of the world’s most wanted terrorist has shown that both countries still share common interests.

Moscow was visibly pleased by the fact that President Dmitry Medvedev was in the selected group of world’s leaders whom U.S. President Barack Obama briefed on the news before making a TV announcement. The Kremlin responded with a statement of its own that pointedly reminded everyone that Russia had the first-hand experience with Al-Qaeda terrorist activity. The statement went on to express Russia’s commitment to increased international cooperation on fighting global terrorism. Medvedev and Obama will have a chance to discuss specifics of this cooperation when they meet on the sidelines of the G8 summit in Deauville, France, at the end of the month.

Bin Laden’s death will increase pressure on the Obama administration to find an accelerated exit strategy for the war in Afghanistan. (The Washington Post quoted “a senior administration official” as saying “Bin Laden’s death is the beginning of the endgame in Afghanistan.”) A negotiated settlement with the Taliban is expected to be an intrinsic part of this strategy.

Russia has a lot at stake in Afghanistan and needs to carefully watch how the situation there develops. Obviously, Moscow was never happy with the presence of a substantial U.S. military force in Afghanistan. Yet, the Kremlin is deeply concerned that any precipitous departure of U.S. troops may result in the installation of a radical Islamist regime in Kabul, which, in turn, will destabilize countries in the Central Asia and send waves of radicalization toward Russia’s southern borders. Russia’s additional pain is the constant flow of narcotics originating in Afghanistan.

Russia feels that by agreeing to allow the transport of NATO equipment to Afghanistan through its airspace, it has earned a voice in the discussion of Afghanistan’s future. It therefore appears certain that the role Russia could play in achieving a “negotiated settlement” over Afghanistan will also be a topic of the Deauville conversation.

The clandestine operation that led to bin Laden’s killing will undoubtedly become a crowning achievement of the CIA Director Leon Panetta. Almost everyone in Washington agrees that Panetta’s two-year tenure at the agency was largely a success, albeit limited to improving the morale of the CIA cadre and facilitating intelligence sharing between different security entities. Panetta’s critics would argue that he failed to reform the agency to make it better handle the new security threats facing the country. But who would listen to the critics now?

Besides, the time to criticize Panetta’s role as CIA director is up—President Obama has tapped him to replace Robert Gates as the new secretary of defense, and there is little doubt that, given the recent developments, Panetta will breeze through his Senate confirmation.

At first glance, Russia need not pay much attention to this personnel change. Panetta’s limited experience in national security issues notwithstanding, he’s a savvy Washington insider and capable bureaucrat. More importantly, Panetta is an experienced budget manager and because of that, President Obama picked him to shepherd through the Congress the huge cut in military spending ($400 billion over the next 12 years) that Obama included in his deficit-reduction plan.

If anything, Russia can only welcome any reduction in U.S. military spending, however, Moscow may come to regret Gates’ departure. For more than two years, Gates—a Republican who served under President George W. Bush—has been Obama’s national security “cover,” giving him credibility with the Republicans in Congress. Gates was indispensable in “selling” to the Senate Republicans the New START treaty; there is every reason to believe that a number of GOP Senators eventually voted for the treaty only after personal assurances by Gates that the treaty was beneficial for the U.S. national interests.

Although well respected, Panetta enjoys no such credibility with Capitol Hill Republicans. With him at the helm of the Pentagon, Obama will have no helping hand should any arms control agreement with Russia reach the Senate.

Moscow should also carefully follow the rise of the liberal interventionist “wing” of the Obama foreign policy team. It was widely reported in the U.S. media that the president’s decision to join military action in Libya was strongly lobbied for by Secretary of State Hillary Clinton, U.S. Ambassador to the United Nation Susan Rice and National Security Council official Samantha Power, who persuaded Obama that it was the moral obligation of the United States to intervene in what they called an imminent humanitarian catastrophe in Benghazi. Curiously, Obama made this decision over objections of his Vice President Joe Biden and Gates, both known as foreign policy “realists.”

If Obama gets re-elected – as it’s looking increasingly likely – and Clinton retires in 2012, as she promised, Rice will become a natural choice to become the next secretary of state. And Powell will have a decent chance to move into Rice's chair at the United Nations. Should this happen, military interventions to fulfill vaguely defined moral imperatives may become a new modus operandi of the Obama administration.

It’s only a question of time before such a “value-based” U.S. foreign policy causes a new chill in U.S.-Russia relations.