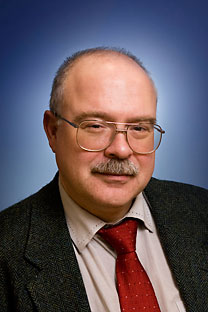 When Osama bin Laden was killed, I was in Washington and got to watch President Barack Obama’s televised announcement and witness Americans’ jubilation with the news first hand. Two themes struck me particularly: Justice is served, and there is no mission impossible for the United States. Crowds outside the White House in Washington and near Ground Zero in New York were chanting, “U-S-A!”

In Russia, the reaction to bin Laden’s death was certainly positive, but more muted. The Foreign Ministry welcomed the “liquidation” and immediately compared it to the killing by federal forces of Shamil Basayev, the long-time Terrorist No. 1 in the North Caucasus. Americans and Russians, it stressed, are allies in the fight against terrorism.

Bin Laden’s passing, as Basayev’s before him, will not end that fight. However, the war on terrorism has long ceased to be the organizing principle of international relations or even of U.S. foreign policy. U.S. special forces caught up with bin Laden in a residential area populated largely by military retirees. Ironically, over the past few years, the founder of al-Qaida had himself become semi-retired: a symbol, true, but of a bygone era.

A decade after 9/11, other events are moving the Middle East. In its early rumblings is the misnamed Arab Spring (there is no such season in the part of the world where winter morphs into summer without much pause). Westerners applaud the apparent maturity of the Arab streets, exemplified by the sudden absence of anti-U.S. and anti-Israeli slogans. Bin Laden was definitely behind the curve. Yet, the process of change in the Arab world is massive, long term and open-ended. Comparing it to Eastern Europe’s 1989 would be a dangerous delusion.

Bin Laden’s death will probably have the most impact in the region from where he masterminded his plots: Afghanistan and Pakistan. With the elimination of the formal reason for the U.S.-led military operation in Afghanistan, there are already calls for winding down an involvement that has cost the United States more than $400 billion over the past 10 years. Defense Secretary Robert Gates called bin Laden’s elimination a “game changer.” The dual deficit and debt crunch is pushing Washington toward the exit, which puts a premium on diplomacy rather than firepower.

It is not clear exactly how the United States will now act. It is increasingly clear, however, that the idea of beating the Taliban into submission while bolstering the power and authority of the Afghan government is not working. Going after Mullah Omar, bin Laden’s former host, would achieve almost nothing. The issue in Afghanistan is not defeating “Terrorism International” but fashioning a power-sharing deal that would stabilize the country and get it off the world’s television screens. Essentially, the issue is the Pashtuns rather than the Taliban.

Redefining the issue is one thing; solving it is another. For a long time, the road to political settlement in Afghanistan was believed to run through Pakistan, the creator of the Taliban. Now, however, the relationship between Washington and Islamabad is in deep crisis on both ends. Even as Americans are enraged that bin Laden had been living in the heart of Pakistan under protection, it appears, of its security services and the military, Pakistanis are incensed that Americans have mounted a daring attack deep inside their country. The next thing the United States would want to get, they fear, is Pakistan’s nukes.

Pakistan desperately needs friends, but the U.S. connection is becoming more and more tenuous. Washington, of course, is unlikely to stop aiding its difficult but so far indispensable ally and will only demand that it “comes clean” on its links with those whom Americans are still fighting. Islamabad, for its part, will continue receiving U.S. aid while it lasts, but it already views the United States as a tactical and temporary partner, and China as a strategic one. Increasingly, Afghanistan is turning into an issue in the complicated geopolitical gaming among Pakistan, India and China.

Bin Laden gone, Americans will probably leave the Hindu Kush sooner rather than later. Their departure will make the countries in the area responsible for handling the pieces. The time to prepare for that is now. Russians will need to pay closer attention to Afghanistan’s political dynamics. Crucially, Moscow needs an effective authority in Kabul as a partner in stemming the drugs traffic. It will also need to enhance the multilateral regional dialogue with Afghanistan’s neighbors, in particular China, India, Pakistan and Iran, and it could use the Shanghai Cooperation Organization as a platform for this. A stable and neutral Afghanistan is a goal many would share. Finally, Russia has to turn the still amorphous Collective Security Treaty Organization into an effective security arrangement for Central Asia, covering its exposed southern flank.

Like Basayev’s death, bin Laden’s does not bring closure. The scourge of terrorism will remain. It can, however, help redefine the issues. Al-Qaida is still capable of deadly attacks, but a qualitative new situation is emerging across a long swathe of countries from Morocco to Pakistan. Social and political awakening in that region will be positive in the long run, but messy and occasionally dangerous in the short and medium term. Pakistan and Saudi Arabia are the countries to watch the most. Even as the Western presence and even influence in that region is set to diminish, new regional powers such as Turkey, Iran and potentially Egypt are stepping forward. Finally, 9/11 is history.

Dmitry Trenin is director of the Carnegie Moscow Center. His new book, “Post-Imperium: A Eurasian Story,” will be published in June.