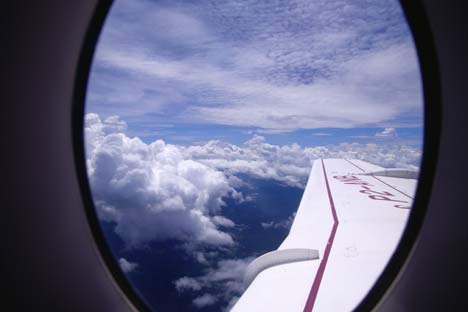 After nearly three years away, I am returning to Moscow - but the memories I have built up in my mind may diverge significantly from reality.

I have thought about this day for nearly three years—the day when I would get on a plane headed to Sheremetyevo. I imagine getting off the plane, being greeted by the guy who always picks me up (the guy with the turquoise, right-hand-drive, Toyota station wagon) and going home. Getting up in the morning, walking my kids to detsky sad, stopping by the kiosk to pick up my korzh and banana and taking the metro to work.

Now I have a plane ticket. But nothing else is the same. As I prepare for my first trip back to Moscow since I left, I imagine how the reality of returning will be nothing like my fantasy. For one thing, I will take the new train into the city rather than a taxi. For another, I won’t be going home, but to the generously donated apartment of friends. My kids won’t be with me, and even if they were, they are too old now for detsky sad.  As it turns out, I will be in Moscow on my birthday, and as I considered who I might invite to a party, I noted how many of those who celebrated with me last time are no longer there.

What will it be like to be a tourist in a place that was home? Will I spend my free hours wandering through my old haunts and find that they are no longer familiar? Will they all be the same, but have no place or time for me? Will the kiosk vendor who had my lunch ready every morning before I asked for it look at me with some flicker of recognition, or will I just be one more anonymous face? It’s like going back to visit your high school the summer after your freshman year in college and realizing for the first time that life goes on without you.

I have thought so often of Moscow as my past and my future that the two have become practically the same thing. Preparing for this short return trip has forced me to face the reality that they are not. Even if I do someday move back, that new life will only faintly resemble the one I had in the past. It’s not just that I will be older or that I will have changed. It’s that everything has, except my memories.