The end of the dollar’s dominance is approaching 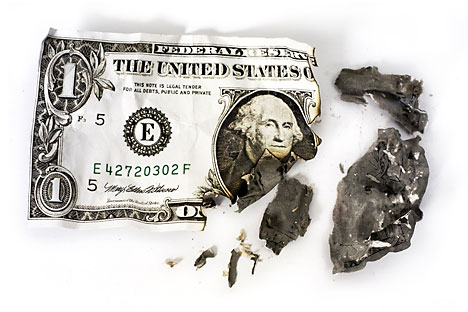 The global economic landscape will completely change in the next 15 years. By 2025, six emerging economies Brazil, China, India, Indonesia, South Korea and Russia will account for more than half of global growth and the international monetary system will no longer be dominated by a single currency. This prediction is being made in the recently published World Bank report entitled “Global Development Horizons 2011 – Multipolarity”.

According to the report, the gap between the growth rates of the emerging markets and the developed Western economies and Japan is steadily increasing.

“The fast rise of emerging economies has driven a shift whereby the centers of economic growth are distributed across developed and developing economies – it’s a truly multi-polar world,” says Justin Yifu Lin, chief economist and a senior vice president at the World Bank.“Emerging market multi-nationals are becoming a force in reshaping global industry, with rapidly expanding South-South investment and FDI inflows. International financial institutions need to adapt fast to keep up.”

The World Bank’s forecast is that between 2011 and 2025, developing economies will expand by an average of 4.7% per year, and the developed ones by 2.3%. Due to the shift of the center of gravity in the global economic structure, the successfully developing economies will contribute to the growth of low-income countries through cross-border trade and financial transactions. At the same time, the World Bank warns that, in order to maintain their growth momentum, the emerging markets will need to increase their labor productivity and domestic demand. Hans Timmer, the World Bank's director of Development Prospects Group says, “In many big emerging economies, the growing role of domestic demand is already apparent and outsourcing is already underway.” In the report, attention is drawn to the fact that with the emergence of the middle class and the demographic changes in these countries, the consumption trends will become stronger which, in turn, can serve as a way to sustain global growth.

The Eurozone, Japan, Great Britain, and the United States will remain in the foreground of the global economy and continue playing an important role in ensuring global economic growth.

The World Bank predicts that in 2025, the United States, the Eurozone, and China will be the three main growth poles, stimulating other countries through trade, finance and technological development, thus creating a global demand for all of their currencies and not only the dollar. As a result, the international currency system will become more stable, unlike under the dollar-centric system. A multi-currency regime could better distribute the lender-of-last resort responsibility and better provide liquidity during times of distressed market conditions.

Today, the US dollar serves as the global reserve currency, but the report notes a “slow decline in its role since the late 1990s,” which will most probably continue.

“The most likely global currency scenario in 2025 will be a multi-currency one centered around the dollar, the euro, and the renminbi,” said Mansoor Dailami, one of the report’s authors, during its presentation (Reuters).

Hans Timmer, however, said that the transition to a multi-currency regime does not reduce the importance of the dollar and will not happen very quickly. “It's still possible that this will only be a gradual prospect,” he said. “Very probably the dollar will still be dominant…but it will no longer be alone.”

Among the recommendations made by the World Bank in the report is the need to reform state-based institutions in the financial, commercial and social sectors of the emerging states in order to sustain the high growth momentum. The authors also draw attention to the need to strengthen “the relevant regulatory institutions and legal frameworks,” international cooperation in the new multi-polar structure of the global economy, and to provide assistance to the developing economies ahead of the future risks and challenges.