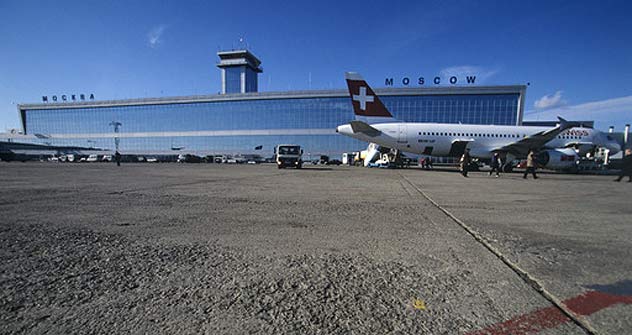 Domodedovo Airport operator DME Ltd announced on May 18 that it plans to launch an IPO, confirming rumors that have been doing the rounds for months. If the listing goes forwards, DME will become the second company in recent weeks (after Yandex) to test investors' appetite for stocks in attractive sectors, but with specific risk attached.

The holding company for Russia's biggest airport announced plans to issue GDR's in London, although stopped short of offering details. RIA Novosti reported that rumors last month had DME selling up to 25 percent of its shares for around $1 billion, while Reuters quoted the same target for funds raised from a report in November, and - quoting unnamed sources - claimed that pre-marketing will start May 18, with a roadshow beginning in the week of May 30.

Domodedovo has reportedly been facing pressure from the government for some time, including reports that the state was considering nationalizing it as part of a plan to merge it with Sheremetyevo and Vnukovo to create on Moscow air hub. That pressure has only grown since last winter, when thousands were stranded as ice storms shutdown the airport, and a terrorist bomb killed 36 people.

In late April, the Prosecutor General's Office criticized the fact that the airport is held by an offshore company, and called the complex holding structure behind many of the assets a threat to national security. Presumably with that in mind, DME Ltd--which is registered on the Isle of Man and is part of umbrella management group East Line--revealed that the ultimate beneficiary of 100 percent of its shares is Chairman of the Board Dmitry Kamenshik. An opinion piece in Vedomosti claimed that the state is simply trying to cash in on East Line's hard work to develop Domodedovo into Moscow's busiest and best airport.

Up-to-date transport infrastructure is rare in Russia, and Domodedovo would be the first Russian airport to go public. The airport has managed to tempt the majority of international airlines across from the scruffy Sheremetyevo over the past decade, and with 44 percent of the capital's passenger traffic, it is in pole position to benefit from the growing passenger numbers flowing through the country's airports as incomes rise and competition picks up among airlines.

However, as has been continually proven so far this year with at least five IPOs pulled to date, price remains the overwhelming factor for investors, who demand a deep discount for Russia risk. Yandex's indicative range values the company at a maximum of $6.7 billion, which is at the low end of most estimates. Domodedovo--with the risk hanging over it looking more specific--may need to be even more generous. According to Aton Capital, "based on the limited financial information available (Fiscal year 2010 revenue: $978 million; EBITDA: $418 million) and the valuation ratios of international peers" DME's enterprise value is estimated at $3.5-4.3 billion.