Is the IMF ready for new leadership? 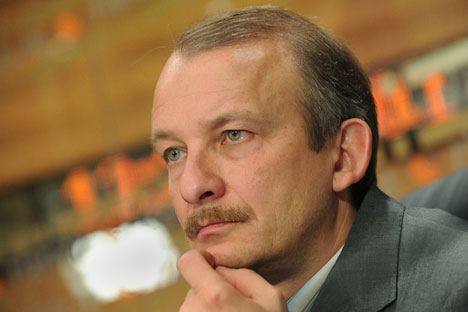 The International Monetary Fund has been left without leadership. Dominique Strauss-Kahn resigned after being charged with sexual assault, and IMF Vice President John Lipsky previously announced his intention to resign in August. While the IMF has previously been led by Western Europeans, the situation may change now, Sergei Aleksashenko, former vice-president of the Bank of Russia, said in an interview with Kommersant.

Kommersant: It’s unlikely that anyone was being groomed for the job even though everyone knew that Strauss-Kahn would run for president of France next year.

Sergei Aleksashenko: John Lipsky announced that he would resign from the IMF several months ago and this was no secret. It was a public statement and everybody was ready for it. Under a tacit understanding, the International Monetary Fund has been headed by a European for 60 years; at the same time, the World Bank has been headed by an American. The first deputy managing director traditionally has been a U.S. representative. This scheme worked until the last elections held in 2007, when there was strong pressure from developing countries, which said: “Our role in the world has changed and it would be a good idea to elect someone from our countries to the post.” There was a long debate and the real candidate was Josef Tosovsky, the former president of the Czech National Bank. Rumor has it that a tacit agreement was reached whereby in the next election, scheduled for 2012, the post will go to a representative from the emerging world.

K: There are some representatives of developing countries: Trevor Manuel of South Africa, and the former Turkish Economics Minister Dervish. But I think the economic situation that is emerging in Europe is very interesting. In this regard, what are the real chances of Christian Lagarde or Axel Weber being appointed as IMF director?

S.A.:  Of course Europe is the IMF’s main area, and I think the chances of a European being appointed are very high because he must be familiar with the problems and see eye-to-eye, or at least have a mutual understanding with the members of the European political elite, which was an asset of Dominique Strauss-Kahn. I think it is too soon yet to speak about who will be the real candidate because he announced his resignation just a couple of hours ago and no official candidates have been named.

K: How important are personalities for the IMF?

S.A. Very important, because the managing director is the man who deals directly with the leaders of states, both recipients and donors. He represents the organization and in that respect, as everybody admits, Dominique Strauss-Kahn played a major role in the IMF’s good performance during the financial crisis, especially in European countries. At first, he quickly persuaded the G20 leaders to allocate money and then quickly agreed with European countries on a bailout package for Greece, Ireland and Portugal. Everybody admits that this was his main achievement as a political leader, a man who was in with these circles and who had a professional grasp of economic problems.