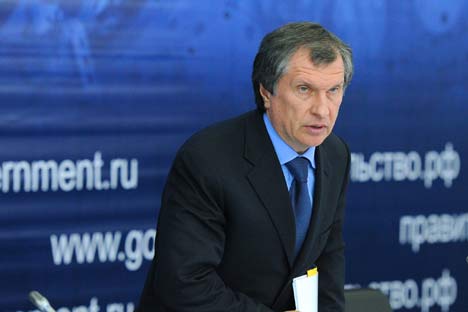 Deputy Prime Minister Igor Sechin announced that the state oil company will look for new partners for its northern developments.

In January, Rosneft and BP agreed on a share swap in which Rosneft was to exchange 9.5 percent of its stock for 5 percent in BP. The deal also included plans to jointly develop oil production in the Russian Arctic.

The deal was blocked by a court injunction following legal action by AAR, a consortium representing BP's partners in local TNK-BP venture. It said BP had violated a BP-AAR shareholder agreement which obliged BP to ask for TNK-BP's approval before BP could get involved in any Russian project. The deadline to finalize the agreement expired on May 17, while earlier on the 18th, Rosneft said it had received new proposals from BP that go beyond the expired deal.

"There appeared a necessity for an additional round of talks, there appeared new suggestions, which were not even included into the existing agreement between Rosneft and BP. This additional work by these projects' participants may tell on the launch of Arctic deposits. Thus, Rosneft is running the risk of failing to fulfill license agreements," Sechin said.

"Rosneft has decided not to extend the agreements once more. Work with TNK-BP shareholders as well as with BP will continue, but beyond the agreement, without limitations for Rosneft's operations on the Arctic shelf."

Energy Minister Sergei Shmatko has said Rosneft would be looking for new partners who would offer it modern technologies of shelf development, while media said Rosneft had already been approached by Shell, Exxon, Chevron, Indian and Chinese companies.