The Iron Curtain: What goes up must come down? 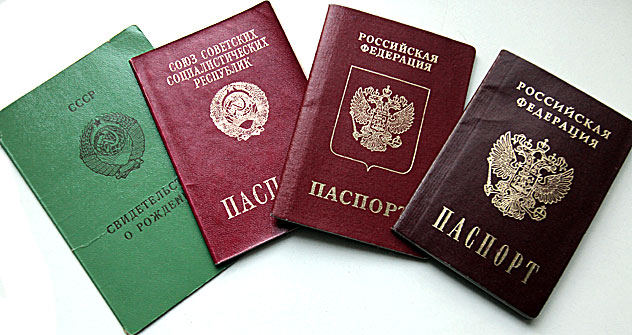 "If the volume of rights and freedoms increases in one part of the world, there must be a proportionate decrease in another."

On May 20, 1991, the USSR Supreme Soviet (parliament) approved the law on the entry to and exit from the Soviet Union, which amounted to raising the Iron Curtain. Although progressive for that period, the law was a failure for technical reasons, in part because it could not be implemented immediately.

The country needed to print millions of foreign passports and to readjust the operation of thousands of visa agencies, all of which takes time. This is why the law only came into force on January 1, 1993.

By that time, the Soviet Union had dissolved, but the law was nevertheless applied to its legal successor - Russia. It was three more years before Moscow drafted and enforced a new law and printed new foreign passports. But Russian citizens still travelled abroad on their old hammer and sickle embossed Soviet passports until the mid-2000s, often surprising foreign passport authorities.

Indeed, it is strange to travel with documents issued by a country that is no more. But such things sometimes happen in jurisprudence, which is a highly conservative sphere of human endeavor.

The inability to quickly print new documents also led to several curious events in other spheres. For example, the Soviet football team, which won the elimination matches of the European championship in 1992, played as "the CIS national team" because the Soviet Union was dissolved in 1991. It comprised players from Russia, Belarus, Ukraine and - surprisingly - Georgia.

The 1990s saw many other similarly paradoxical events transpire.

The law approved by the Soviet parliament in May 1991 formalized the end of the Iron Curtain, even though it was in fact lifted several years before. Officials spent those years adjusting legislation to the changed reality, following proper police and bureaucratic procedure.

This is an additional argument in the dispute over who granted Soviet citizens their freedom of movement. The progressive entry and exit law was signed by President Mikhail Gorbachev and Supreme Soviet Chairman Anatoly Lukyanov.

The first article of the law states that each Soviet citizen may freely exit and enter the Soviet Union in accordance with the country's international treaties; that the Soviet foreign passport is valid for entering all other countries, and that citizens cannot be arbitrarily deprived of their right to enter the Soviet Union.

The law only denied the right to foreign travel to convicted felons, other crooks and people who had access to state secrets, but those limitations were never strictly observed. Notorious criminals such as Vyacheslav Ivankov, aka Yaponchik, easily crossed the border either way, and were arrested and tried abroad more often than in their home country.

It is said that you can't get something for nothing; freedom isn't free. Gorbachev, the USSR's first and last president, granted freedom of movement to his compatriots. He is not to blame for the fact that the people enjoyed that freedom only a year after he had resigned and the Soviet Union collapsed. The blame rests squarely with the unwieldy printing industry.

But history is a famous cheat, and hardly had the Iron Curtain been raised on the Soviet/Russian side when it was lowered on the other side, primarily by the nascent European Union, and the United States.

As soon as Soviet people were free to exit their home country, they encountered problems entering foreign countries which, incidentally, claim to be free and democratic. Whereas before, they had to jump through an incredible number of hoops just to get an exit visa; now thousands spent days and nights in long queues at foreign embassies, only to be denied an entry visa.

This seems to be in line with the law of conservation of mass, according to which "if the amount of matter decreases in one place, it increases elsewhere." Translated into political and legal language, it would work out as follows: "If the volume of rights and freedoms increases in one part of the world, there must be a proportionate decrease in another."