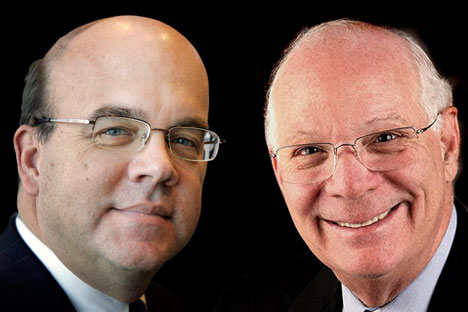 U.S. officials seem overly interested in punishing Russia for the death of Sergei Magnitsky. Would it be different if Russia had a strong lobby pushing for its interests in Washington?

Two noble statesmen,  Sen. Ben Cardin (D-MD) and Rep. James McGovern (D-MA) have composed a list as a response to the ongoing controversy over the death of Sergei Magnitsky. Magnitsky, a lawyer for Hermitage Capital Management was seriously ill at the time of his imprisonment at the Butyrka prison in Moscow; Magnitsky died in November 2009 as a result of negligence on the part of the prison administration. Reacting to Magnitsky's death, ﻿Russian President Dmitry Medvedev fired 20 senior prison officials, including the deputy head of the Federal Penitentiary Service.  This, however, didn't mollify Sen. Cardin and Rep. McGovern.  Frustrated with the fact that no single individual was charged with Magnitsky's death, they introduced a bill in the U.S. Congress that froze financial assets and blocked U.S. entry visas for 63 "responsible" Russian officials.

Two things puzzle me in the whole story.  First,  the number of people (63!) allegedly responsible for the death of a single individual.  Even in cases of war crimes and crimes against humanity, the number of culprits is usually smaller.  (For example, the historic Nuremberg Trial featured only 24 defendants.)  Second, what was so special about this particular death, however tragic as any death is?  People die every day in prisons around the world, including, unfortunately, in cases of criminal negligence by the prison administrations.  Why did Sen. Cardin and Rep. McGovern single out this particular case, which even the Washington Post recently characterized as "an example of mid-level Russian corruption."  Don't Sen. Cardin and Rep. McGovern have anything better to do than to investigate every case of "mid-level Russian corruption"?

The second question sounds especially relevant given the facts coming out about the recent death of Osama bin Laden.  We learned that for the past six years, bin Laden wasn't hiding in a stone cave in the mountains at the border between Pakistan and Afghanistan, as was widely believed, but rather was living a comfortable life in an upper-middle-class city of Abbottabad, Pakistan.  It's inconcievable to imagine that Osama's whereabouts were a secret for Pakistani authorities.  The only intrigue is whether they simply "knew" about his presence in Abbottabad or instead provided an active operational "cover."  It also remains to be seen whether this knowledge rested with a bunch of middle-level military and ISI officers or went all the way to the top of the Pakistani military and intelligence leadership.

If Sen. Cardin, Rep. McGovern and their colleagues in Congress are so attentive to what's happening in far-away countries, why didn't they create a "bin Laden list," a list of the top Pakistani military and intelligence officials who should be held responsible for harboring the al-Qaeda leader, whether willingly or by an outrageous dereliction of professional duty.  Those individuals must be denied entry into the United States -- and their banks accounts frozen -- until the Pakinstani government provides a comprehensive report on who, when and what knew about bin Laden's multiyear sojourn in the Abbottabad villa.  And mind you, we aren't talking here of "an example of mid-level Russian corruption;" we're talking about the world's most wanted terrorist responsible for the deaths of thousands of innocent people.

No chance.  No such list is going to be composed any time soon, if ever.  U.S. lawmakers even refuse considering to stop the lavish stream of military and economic aid (around $2.6 billion in 2010) that we shovel at Pakistan every single year.

A paradox?  Not quite.  As always, money talks in Washington.  As the Huffington Post reported a few days ago: "Pakistan's Washington lobbyists have launched an intense campaign on Capitol Hill to counter accusations that Islamabad was complicit in giving refuge to Osama bin Laden."

A representative of lobbying firm Locke Lord Strategies -- paid $900,000 a year by the Pakistani government -- told the Post: "Since bin Laden's death...he has been on Capitol Hill every day to promote Pakistan's position on the bin Laden killing, talking to congressmen, senators and their aides."

Russia must begin promoting its interests in Washington using professional lobbyists.  A functional pro-Russian lobby would ensure that the "Magnitsky list" shared the same fate with the "bin Laden list": It would have never appeared.

Eugene Ivanov is a Massachusetts-based political analyst and regular contributor to Russia Beyond the Headlines. This piece originally appeared at his blog, The Ivanov Report.