Casting call for the IMF 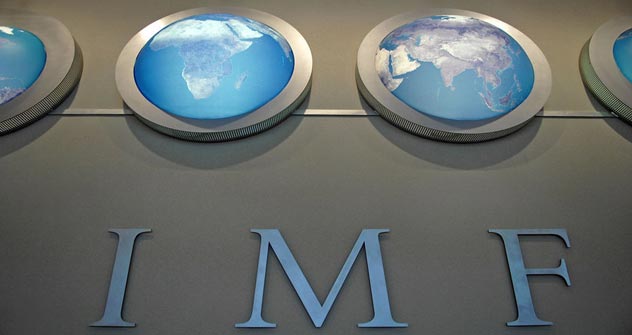 A fight could break out between developed and developing countries over Strauss-Kahn’s newly vacant position.

Official nomination of candidates for the post of head of the International Monetary Fund (IMF) begins today. Candidates can be nominated until June 10. A successor to Dominique Strauss-Kahn, who has resigned in connection with a sex scandal, will be announced before the end of next month.

The list of candidates will be fairly extensive, suggests Andrey Bokarev, director of the International Financial Relations Department of the Finance Ministry. According to him, the list will include a representative of the CIS, the head of the National Bank of Kazakhstan, Grigory Marchenko.

Experts, however, have little confidence in his victory. They believe that developing states, including Russia, will try to compete for the seat of the head of the IMF. Realistically though, it will be several years before they will be able to appoint their representative to this position. The head of Russia’s Finance Ministry, Aleksey Kudrin, said that Russia will hold consultations regarding a candidate from the developed states with the other BRICS countries (Brazil, India, Russia, China, and South Africa). He did not exclude the possibility that they, too, will nominate their candidates.

Now, much will depend on whether or not the BRICS states will be able to agree on a single candidate. However, it is also unclear as to whether a single candidate can be agreed upon in Europe, where the most practical candidate is considered to be the French Finance Minister, Christine Lagarde.

However, the fund’s main donors are the United States and Europe, who have the majority vote in the IMF, says Sergey Moiseyev, director of the Center for Economic Studies of the Moscow Financial-Industrial Academy. BRICS countries have slightly more than 11% of the vote (with China having the largest share), while the US alone has 16.4% of the vote.

Moreover, today, replacing the head of the IMF will not change its policy to a great extent, says Moiseyev. He points out that representatives of the US and Europe continue serving as heads of departments, the turnover rate is very low, and the personnel reserve is mainly formed from one and the same circle of people.

However, the voice of the developing countries is becoming increasingly louder. Countries with emerging economies have the highest growth indicators and their debt-to-GDP ratio is lower than that of the developed countries as US billionaire Peter Peterson, founder of the Institute for International Economics and former US Secretary of Commerce, stated recently.

Meanwhile, our country’s contributions toward the G8’s official development assistance are also becoming increasingly larger. According to a report prepared for the G8 summit in Deauville in 2010, our country had allocated $472.3 million for these purposes. Andrey Bokarev predicts that this year Russia’s support of weaker countries within the framework of the G8 will amount to about $500 million.