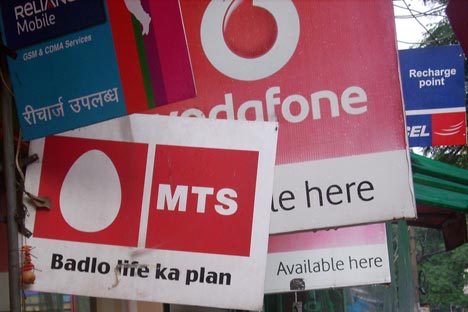 Sistema Shyam TeleServices Ltd (SSTL), which nationally operates its telecom services under the MTS brand with over 11 million wireless customers, announced the realignment of key leadership roles within the company. In line with its Data Centric – Voice enabled strategy the company is rapidly expanding its voice and data services across the country.

To lend support to its fast growing operations, a regional structure has been introduced at MTS India. As per the new structure:

- Atul Joshi currently the Chief Sales Officer (CSO) will now be the Chief Operating Officer (COO), North & East Regions. In his 2 years as CSO, Atul is credited for, setting up an extensive sales & distribution structure for the company. He was also responsible for exploring non conventional channels of growth for MTS through branded retail, IT sales & modern trade

- Cheenu Seshadri currently the Chief Strategy Officer will take on the role of Chief Operating Officer, South & West Regions. In his two years as the Chief Strategy Officer, Cheenu has been instrumental in designing the successful “Data centric – Voice enabled” strategy for the company.  He is also credited for leading a wide range of strategy projects including the national rollout of the immensely successful High Speed Data Services (HSD) for the company

- Leonid Musatov currently the Chief Marketing Officer (CMO) will take on the additional role of Chief Sales Officer for MTS India. In his two years as CMO, Leonid is credited for nationally launching the MTS brand. He is also acknowledged for making MBlaze, synonymous with mobile broadband services

According to Vsevolod Rozanov, President and CEO, SSTL, “MTS India has reached significant scale during the last two years and plans to further grow both its voice business along with a special focus on the data business. Our future plans involve rapid scale up of our operations and strengthening of new lines of business. The change in organizational structure and subsequent realignment in key leadership positions has been designed to enable faster decision making and ensuring flawless execution of our data-focused, voice enabled strategy.”
About Sistema Shyam TeleServices Ltd

Sistema Shyam TeleServices Ltd. (SSTL) is a joint venture between Sistema of Russia, the Russian Federation and the Shyam Group of India. Sistema is the majority shareholder in the joint venture company which operates its telecom services under the MTS brand. MTS is well recognized in India and worldwide for its commitment to high quality and innovative telecom solutions. MTS has recently been ranked by Millward Brown as 80th most valuable brand in the world. In a short span of time, MTS in India has secured over 11 million wireless subscribers and under the MBlaze brand provides mobile broadband services to more than 600,000 customers in over 150 towns across the country.