The Indian subcontinent and Eurasian security 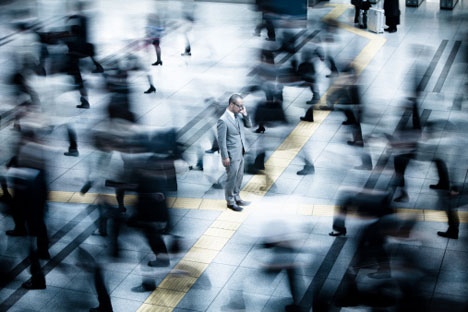 South Asia’s population may reach 2 billion by 2030. Pakistan, Bangladesh and India have, of course, particularly acute social and economic development problems and stability in the region and of state institutions there hinges on the South Asian countries’ social and economic policies.

The Indian subcontinent and adjacent territories have, of course, had millions of invisible links with Central Asias since time immemorial, these constituting a traditional concern for Russian, especially since the recent “Arab revolutions.” Many experts believe that political tranquility in Central Asia depends directly on the balance of economic and political institutions in Pakistan. Russia must, therefore, not only engage actively in the intricate balance of geopolitical forces emerging before our eyes in South Asia, but also use its diplomatic skills and expanding foreign economic links to defuse conflicts between the states of the region and steer them towards constant dialogue and meaningful mutual understanding.

The President of the Islamic Republic of Pakistan, Asif Ali Zardari, made an official visit to Russia in mid-May and this will apparently determine the trajectory of Russian-Pakistani relations and the dynamics of political processes in South Asia and adjacent territories in the foreseeable future.

During the visit, the two Presidents, Dmitry Medvedev and Asif Ali Zardari, discussed the fight against terrorism and drug trafficking. They also focused considerably on improving and intensifying bilateral trade and economic relations because the two countries’ mutual trade, which stands at $400 million, clearly falls short of its potential and their geopolitical ambitions. No wonder particular attention during the summit was paid to promoting trade, investment and joint projects. Russia’s participation in building a gas pipeline from Turkmenistan to India was discussed in practical terms. The pipeline would pass through Afghanistan and Pakistan. Incidentally, the bilateral projects between Russia and Pakistan are considerably more ambitious than similar American-Pakistani initiatives. The air link between the two countries is at last to be restored.

Cooperation with Pakistan also has distinct geopolitical implications. During President Zardari’s visit, the parties reaffirmed the vital importance of maintaining internal peace and stability in Afghanistan, stressing that national reconciliation there could only be achieved by the Afghans themselves. Multilateral regional development projects based on the premise that the national economies of South Asia countries are mutually complementary may go a long way towards promoting an internal political settlement in Afghanistan. (India remains the biggest regional donor, having invested more than $1.5 in Afghanistan’s economy. China, however, has invested in Afghanistan at least twice as much).

Asif Zardari’s visit to Russia has shown that Pakistan is actively diversifying it foreign economic ties and foreign policy. This attitude is welcomed by Pakistan’s main “all-weather” ally, China, which is pursuing a policy of “soft reverse containment” of America in Asia, including Pakistan.

While developing its relations with Pakistan, Russia should remember its strategic partnership with India, which was recently described as “privileged.” In view of the development of Indian-Chinese relations, India’s foreign policy position in the region needs to be bolstered. The relations with those South Asian neighbours with which China is actively developing bilateral ties remain to be regulated. China is seeking to neutralise potentially anti-Chinese forces among the Indian regional elites by, for example, planning massive investments in the economy of Gujarat state, and this is only the beginning, according to experts. India has to restore its relations with Russia as a potential countervailing force to China and one that can act in India’s interests in South Asia (including through organisations outside the region). It would seem that India’s concern about China’s geopolitical intentions might be addressed by closer cooperation among the BRIC countries. However, as Russian experts note, “the Russian political elite lacks a common strategic vision of BRIC’s role in the future world order.”  It must be admitted that the current delicate state of Russia’s relations with the “world’s biggest democracy,” India, is the upshot of neglect by some elements within the Russian elite with regard to Indian initiatives in the 1990s, notably the ideas of a geopolitical “triangle” of Russia, India and China.

The failed “unipolar” or “post-American world” is becoming more complicated in terms of structure and organisation, casting about for a framework that might contain the chaos driven by the “Arab revolutions” and the Libyan crisis. The Shanghai Cooperation Organisation (SCO), to be joined by India and Pakistan in mid-June, promises to be just such a cementing factor.

Not surprisingly, the prospect of SCO enlargement and its growing influence on world politics is hardly welcomed by the Americans, who see these new processes as signs of the growing geopolitical activity of China and possibly Russia. There is logic to their concern. Like in the times of Mackinder (1861-1947), Eurasia remains the world’s heartland.  At the same time, America – no matter which institutions, mechanisms and informal ties it might resort to – is finding it increasingly difficult to control the behaviour of continental powers (Russia, Germany and so on), let alone China. Effective help to the US from Britain and France – today and especially in the future – is even less likely. So, the role of India, another major continental power, is dramatically increasing for America’s plans for preserving its global pre-eminence. The US leaders, who enjoy understanding and support of influential groups within the Indian establishment, seriously hope that a strategic alliance with Delhi would help “contain China’s expansion” in the Asia Pacific region: the “alliance of four democracies” – America, Japan, Australia and India – is routinely referred to in China as “the Eastern NATO.”

Reflecting on the role of the Indian subcontinent in ensuring Eurasian security, we should remember the progressive development of Russian-Indian relations and seek to get rid of the negative baggage accumulated in the relations between the two countries over the last two decades. It should be remembered that the collapse of the USSR, followed by Russia’s “withdrawal” from India (in geopolitical, foreign trade and cultural-ideological terms), created a negative attitude towards our country among various social-political strata in Indian society. Influential groups within the ruling class have already relegated Russia to “the second league” in world politics. In the current system of foreign policy coordinates, the Indian political establishment sees Russia as a regional state with a limited influence on world events.

The skeptics in Delhi took for granted Russia’s setback in the tender to supply 126 multi-purpose fighter planes to India (a contract worth $9.2 billion). Russia, however, would do well to look at this setback in a broader political-economic and geopolitical light. This brings up two questions that must be addressed promptly and effectively if Russia’s foreign policy is to be effective and Russia is to remain a “gravitation field” in the world system. First, could it be that the Indian (or any other) military-political establishment is having doubts about  the ability of the Russian defence industry to provide its partners with the necessary weapons systems, incorporating the latest military-technical platforms capable of ensuring their security in the medium and long term, say, until 2050? Second, does the Russian state pursue an effective policy with regard to the defence industry in a world where the country’s foreign policy depends on its scientific and technical potential and the ability of the economy to absorb the latest intellectual achievements quickly?

The answers to these general questions will help Russia “reset” its relations with India and other South Asian countries and make a tangible contribution to security in Eurasia.