Time, space and a permit quagmire 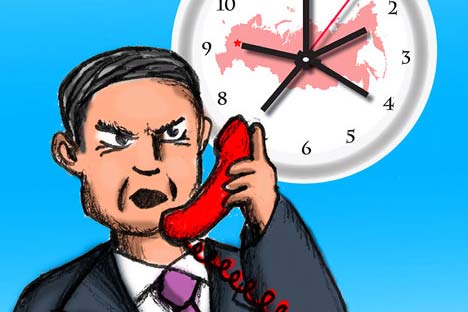 One of the things that strikes me most about talking to first-time visitors to Russia is how surprised they are at how “normal” it is. To be fair, they arrive in Moscow, which is pretty normal compared with the regions. But even in the regions, things are becoming far more navigable and familiar.

The same thing happened to me during a recent trip to Ufa, the capital of Bashkortostan. I was surprised at how normal the city was. Visitors, this long-term expatriate Russia resident included, labour under the impression that there are little spurts of reform and then a return to the status quo, when what is actually going on is continuous (albeit volatile) progress towards convergence with the rest of Europe.

Take, for example, an op-ed that the Swedish economist Anders Åslund recently wrote that made a typical comparison of Russia with Estonia. The conclusion was obvious: Estonia has clearly gone a lot faster than Russia, and the implication is that the Kremlin doesn’t want to push through reforms because all the fat cats are too busy filling their pockets or locking up uppity oligarchs that get in their way.

This comparison is not fair, to the point of being useless. The obvious difference is the size of the two countries: you can fit Estonia’s entire population of about 1.5 million people into my suburb of Moscow and still have space for the park. Put another way: how do you police the progress of reforms in Vladivostok from Moscow when your subordinates are working seven hours out of sync with Moscow because of the time difference?

The local administration on the Pacific coast is asleep when the Kremlin, closer to the Atlantic coast, is awake and vice versa. Is it possible to run a region bigger than most countries by e-mail?

To give you a more concrete example: I interviewed the late Estonian president Lennart Meri in 1995. He told me that he had decided that he needed to reform the bank sector, so he picked up the phone to the chairmen of the four biggest banks, all based in the capital Tallinn, and an hour later they met in the lobby of the best hotel in town and thrashed out the details over tea. Russia at the time had several thousand banks spread over 11 time zones, most of which were at best corporate treasury departments; at worst money- laundering operations.

Geography makes a huge difference to the ease of reform, but this is probably only the second biggest problem that Russia’s reform effort faces. I had another illuminating conversation over dinner with Ruben Aganbegyan, the new chairman of the Moscow Interbank Currency Exchange (Micex ) : “ The problem with Russia is that it has a permissive system of laws and not a preclusive system like in the West,” he observed.

This is a subtle point, but I think it strikes to the heart of why it is so difficult to cut red tape, downsize the legendary bureaucracy and make an impact on corruption in this massive country.

Central planning has bequeathed Russia a system where you have to get permission for any market-based activity. Marxism demanded that all property be communally owned, but Lenin quickly ran into trouble when he tried to ban money in the early Twenties, and so the Politburo reintroduced commerce. However, this business was always seen as “temporary” until the conditions for the workers’ paradise could be created. As a result, business was an “exception”, and you needed to get a permit to do it.

In the West, we stand the idea on its head: you are allowed to do anything that is not banned by the state (like dealing drugs). Under this system, running Vladivostok is actually pretty easy: you only need to make sure you have a good police force that looks for people breaking the law.

The Russian system is a nightmare. Everything needs approval from Moscow – which is usually asleep while you work; apparatchiks have to wake up in the middle of the night to get permission from Moscow to set up a new company, invest in a new project or dig a new oil well.

I don’t pity Aganbegyan. He is charged with turning Moscow into an international financial center, an open and freewheeling bourse where capital pursues profit in trades every few nanoseconds. And it’s just not possible unless you get rid of the paperwork.

Changing this mentality will be a titanic struggle. Former economic development and trade minister German Gref had a go at cutting permits in the early part of the 2000s. He made good progress, according to a subsequent study by the World Bank and the economic policy think-tank Cefir. The trouble was that hundreds of regional authorities were still demanding permits that no longer existed in law out of habit and because they were making good money out of issuing them.

But deeper than the graft is the mindset. In a land where the very real wide, open spaces are such a major obstacle to change, it will probably take a generation to shake off this bureaucratic equivalent of agoraphobia.

This article was originally  published in The Moscow Times.