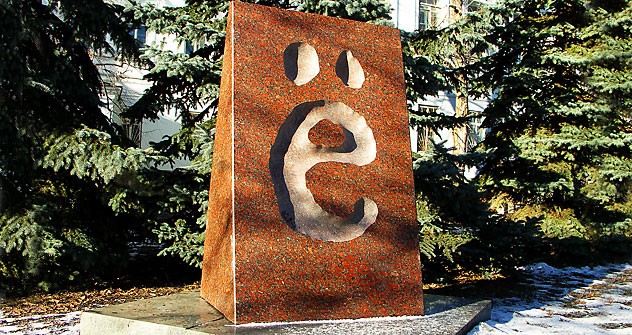 June 6 was designated Russian Language Day by the United Nations as part of UN efforts to promote linguistic and cultural diversity and to ensure that all of its six official languages; Arabic, Chinese, English, French, Russian and Spanish, enjoy equal status.

«This date is very important for Russia, for it is the day when the world-famous Russian poet, who made an enormous contribution to Russian poetry and to the Russian language in general, was born", Tatyana Bokova, the Vice President of the Russian World Foundation says.

In the former Soviet Union, 90% of the country’s population spoke Russian. It was the language of interethnic communications in Soviet republics. Things changed abruptly in the early 90s. The newly-independent post-Soviet states, pushed by their desire to dissociate themselves from Moscow, did all they could to restrict the use of Russian. As a result, you would hardly find anyone younger than 35 in rural districts, for example in Moldova or Uzbekistan, who could speak even a little bit of Russian. However, as economic and trade ties between former Soviet partners grew larger and deeper, it became clear there was no better means of communication than Russian.

"Though efforts to promote the Russian language and culture abroad are quite often politicized, the language remains popular among foreigners. We hold regular advanced training courses for teachers in the Baltic States, and accept many students from Kazakhstan and other republics of Central Asia. In Ukraine, there are some problems with Russian as a language for business communication, and we are ready to offer our help there as well", says Nadezhda Smirnova, Vice Rector for International Relations of the Pushkin Institute of the Russian Language.

In India, Russian Language Day was marked by a recitation contest. Students of Russian language schools in New Delhi, as well as students of Russian language courses at the Russian Center of Science and Culture (RCSC) competed in reading  Pushkin’s poetry. The winner – Delhi University student Jai Khanna -  received a prize from Nikolai Patrushev, Russia’s Security Council Secretary, who is in India with a visit. At the contest he read Pushkin’s famous poem "I remember a wonderful moment".

The most popular poems by Pushkin among Delhi students studying Russian, were "I remember a wonderful moment, " "If, perhaps, life should deceive you, " "The Prisoner" and "I loved you once" .

At the end of the contest, which took place in the RCSC, the participants and guests of the ceremony went to the monument to Pushkin, near ​​Mandi House.

Near the Pushkin monument his poems sounded again - anyone could read his favorite poem.

The monument to one of cyrillic letters, "ё", which was first used in Russian. Source: Lori Fotobank