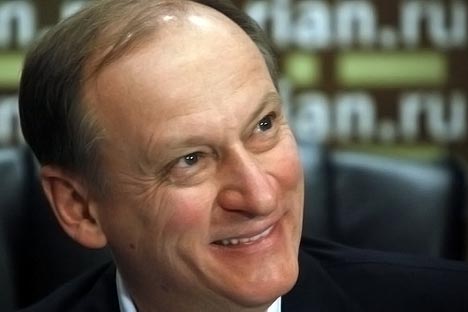 Afghanistan's government is unprepared for a pullout of the foreign contingent starting from late June, Nikolai Patrushev, the head of the Russian Security Council, said.

NATO chief Anders Fogh Rasmussen said in May that foreign troops would leave the country in a period between late June 2011-2014.

"We agree that Afghans need to take over the responsibility so that the military, secret services and law enforcement agencies could independently do their job. But we think they are not ready," Patrushev said during his visit to New Delhi.

The NATO-led anti-terrorist operation in Afghanistan began in the wake of the 9/11 attacks on New York when terrorists hijacked two passenger jets and rammed into the World Trade Center towers.

Patrushev also said Afghanistan's peaceful life was impossible without socioeconomic progress and promised to help restore the economy but ruled out the possibility of deploying Russian servicemen in Afghanistan.

"There will be none of our military presence there, we have learned our lesson," Patrushev said.

Soviet troops were deployed in Afghanistan in 1979-1989 to support Afghan Communists against the indigenous Mujaheddins. Soviet authorities eventually pulled the troops out due to the endless character of the war.

Patrushev said Afghans would have to negotiate with the armed opposition.

"The Taliban differ - some of them are terrorists that have to be eliminated, and some joined out of despair," Patrushev said.

He called on different countries, including Pakistan, to help fight drug trafficking in Afghanistan but added that India, which has complicated relations with Pakistan, did not mind cooperation between Moscow and Islamabad.