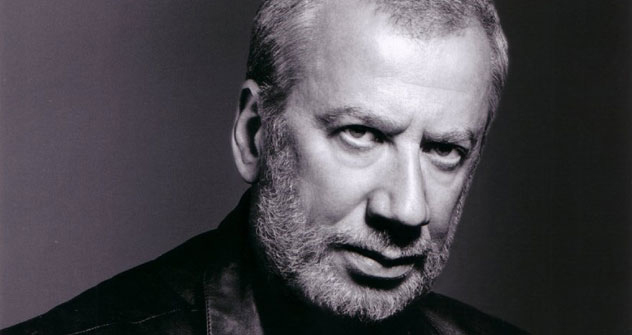 From "The World's Greatest Lover" to "Transformers 3," Elya Baskin has made a career of being a Russian in Hollywood.

Elya Baskin has become a familiar face in Hollywood’s parade of Russian characters: American audiences might not know his name but they recognize his face. The Russian actor first burst onto the American big screen in the 1980s opposite Robin Williams in the movie “Moscow on the Hudson.” Since then, the actor has appeared in such box-office hits as “Air Force One,” “Spider-Man” and will appear in one of the most anticipated releases of the summer opening this month- “Transformers 3.”

For most American actors being typecast limits their career. For Moscow-trained Elya Baskin it helped carve out a niche in Hollywood and made him a successful working actor.

Baskin came to Hollywood in 1976 when America was in the middle of a Cold War with the Soviet Union. “It was a huge well-oiled military machine,” said the actor. “When [Soviet leader] Brezhnev loosened strict policies, the big prison opened its doors and the emigration wave swept the country.” Baskin, now 61, seized the opportunity to go overseas in the search of a better future.

“I thought I would never forgive myself for not trying,”  Baskin recalled. So the actor traveled to Los Angeles to try his luck in Hollywood. “I couldn’t live without acting,” he said, and confesses he gave up all to pursue it.

It is hard enough for Americans to break through in Hollywood. For foreigners the challenges are immense. “Every actor has to support himself with a side job until he gets steady acting work.” Baskin worked at an insurance agency and a clothing factory until his acting career took off. He even was a part owner of a Russian newspaper in the U.S. called “Panorama.”

For Baskin, the real challenge was the language barrier. His Moscow State Circus and Verity Arts College degree and work as a theater actor in Russia were of little help on a movie set with a synchronous voiceover, which requires a native command of the English language.

When auditioning for the leading role of Gene Wilder's “The World's Greatest Lover,” (1977) Baskin had a strong accent that prevented him from getting the role. However, the actor’s talent was obvious and the director gave him a supporting role instead.

Another challenge was joining a union--actors can't work without a membership card. The actor describes the process of joining the Screen Actors Guild (SAG) as a Catch-22: “If you are not a union member, it is hard to book jobs, find an agent, etc. At the same time, membership is predicated on your work as an actor.”

Getting into SAG was a career-launching event. “When I first got to Los Angeles, I was introduced to Mike Fenton who was casting Wilder’s movie “The World’s Greatest Lover.” Since Wilder was a big fan of Stanislavsky - the Russian acting theorist responsible for “The Method”- he liked me and gave me a small part in the movie. This small part made me eligible for SAG.”

The real breakthrough moment came with his role in the 1984 movie “Moscow on the Hudson.” The director of the movie, Paul Mazursky, recalled that working with Baskin was a great pleasure. “Baskin is a consummate actor with a true comedic talent,” the director said.

Paul Maslansky, the well-known producer of the “Police Academy” series, witnessed Baskin’s career in Hollywood from day one. After success in “Moscow on the Hudson,” major producers welcomed the actor.

“Baskin became one of the few Russian actors in town that most of the casting directors knew about,” Maslansky said.

Many actors recoil at the idea of being typecast. But it enabled Baskin to find a niche in Hollywood that provided steady work. “At the time when Russia was considered an enemy, Russian and Eastern European actors were in demand.” However, Russian “bad guys” didn’t last forever. “Nowadays, there are many more jobs for Muslim-looking actors,” said Baskin, amused.

In “Transformers 3,” the actor plays a Russian character - a former cosmonaut who possesses valuable secret information. Similarly, in Spiderman 2” and “Spiderman 3,” Baskin plays the role of Peter Parker’s landlord, Mr. Ditkovich, who is Slavic.

The characters Baskin plays are totally different. "Anatoly in ‘Moscow on the Hudson’ has very little in common (if anything at all)  with, let’s say, Mr. Ditkovich," Baskin said.

Baskin sees typecasting as an advantage rather than a setback: “As far as playing mostly foreigners – well…  I consider it to be my niche. Why should I complain about it?  It would be like an African American actor would be complaining for being cast only as a black man.”

“I have played a big variety of characters: good guys, villains, funny people, even some famous people. …As to how much do I have command of a role, it all depends on the director.  Some demand that you do only as they see it and follow the script by the letter, others are much more liberal and let you try things.”

Between his movie roles Baskin returns to his roots of theater acting. Baskin has one of the central parts in the play “Room Service” by the Open Fist Theatre Company. The Los Angeles Times called the play a “superb revival of the 1937 John Murray-Allen Boretz manic backstage farce.”

For Baskin, success meant providing for his family while doing the thing he loves the most. He never expected to become a big star and regards his 13-year-old daughter as his greatest accomplishment. Baskin’s contentment is considered a colossal feat in Hollywood.

But he does have a few dreams left that don’t involve a Russian accent. Baskin’s most cherished dream is to direct a remake of Fellini’s 1954 drama “La Strada.” The actor said he expects one day soon to transition into the director’s chair.