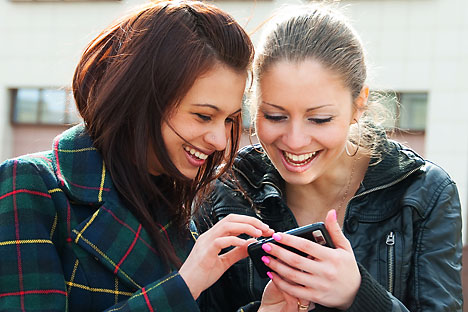 Young Guard, the youth wing of the ruling United Russia party, is urging people to vote with their wallets by sending text messages in support of candidates to run in the upcoming State Duma elections.

“I am calling on you to fork out 1.50 rubles for a text message and vote for me,” Maria Butina, 22, a hopeful in the Altai region, wrote on her LiveJournal blog. “Together we can make the world better for the profit of all.”

Another candidate wrote on Vkontakte.ru: “Please send a text message to 2420” because “to win, I really need your help!”

An unprecedented open primary election is under way within Young Guard for candidates between the ages of 21 and 35 to run on the United Russia ticket in December’s vote.

The absence of a requirement that contenders be members of United Russia or Young Guard, the youth wing of the party, seems to have attracted some young people who don’t necessarily support United Russia, but are ready to use the party to get into power.

“Of course, I have no illusions about the existing regime and the ruling party,” Butina wrote. “But if I want to change anything for the better, I must act in the only way possible today — within United Russia.”

While eligible candidates are not required to join Young Guard or United Russia, they must support their policies and be Russian nationals, according to the Web site for the primary election, MP2011.ru.

Mobile phone voting will be one of the criteria by which a public commission will choose winners from the primary election, said Artyom Turov, who is coordinating the voting effort. The other criteria will be candidates’ election platforms, their meetings with voters, and the number of signatures they manage to collect in support of their candidacies, Turov said.

The winners will be chosen from June 19 to 25, and a portion of them will participate in United Russia’s primary election in July.

Those who win United Russia’s primary election will be placed on the party’s list for the Dec. 4 Duma vote.

A United Russia spokeswoman said the program for the July primary election has not been finalized, so she was unable to comment on it at this time.

Turov said Young Guard winners who do not take part in the Duma primaries would participate in primaries for 28 elections to regional legislatures that would also take place on Dec. 4.

Young Guard’s primary election is being held in 75 of Russia’s 83 regions. In each region, two or more winners will be selected, depending on the number of voters in the region.

United Russia first held a primary election to select candidates for the 2007 Duma elections, but only members of the party or Young Guard were allowed to take part.

In the past five years, more than 10,000 members of Young Guard have become lawmakers at various levels of government, said Young Guard senior official Timur Prokopenko, speaking to about 5,000 activists at a Moscow rally in late April where he announced the start of the primary election.

The voting text messages, which will actually cost 1.44 rubles (5 cents) per vote, will generate a small profit for several mobile phone operators and the company that created the online voting service, but none of the proceeds will return to Young Guard, said Ivan Khmelevskoi, head of the public relations agency Vektor Rosta, which was hired by Young Guard to develop the Web site for the primary election.

He said Vektor Rosta was working for Young Guard free of charge, for self-promotional purposes meant to “show [future] clients that we successfully implemented a project.”