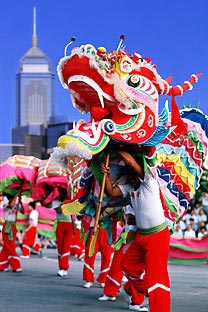 For economies moving from state control to capitalism, there is a tricky balance between too much and too little intervention.

How much state in an economy is good for an emerging market? While no one disagrees that the private sector is the most efficient manager, academics say that at the start of transition, the state has to be heavily involved.

“During the initial ‘Big Push’ phase of transition, having a few dominate business groups – owned by either the state or the private sector; it doesn’t matter which – is not a problem, it is crucial,” said Bernard Yeung of the National University of Singapore during a presentation at the EBRD’s annual general meeting in Kazakhstan in the middle of May.

China is a case in point. The press and international investors are all in love with China these days, so much so that the country’s phenomenal growth has led some to suggest that the western free market model should be abandoned and the Chinese model, where the line between business and politics has been erased, is the way to go.

Dubbed the “Beijing Consensus” by Joshua Cooper Ramo of the United Kingdom's Foreign Policy Centre in a 2004 paper, this version of capitalism emphasizes innovation over democracy, sustainability over GDP per capita income, and an explicit link between geopolitics and geo-economics. For instance, artificially holding down the yuan’s value against the dollar has resulted in a massive flow of capital from west to east.

Everyone is mesmerized by the dragon market’s 10 percent-plus annual growth rates and billion-strong population, but is China’s ballistic growth and the state’s involvement in the economy really such a good thing? Yeung was joined on his panel by Sergei Guriev the director of Russia’s New Economic School in Moscow, and the two men argued that state involvement in the economic is a necessary stage, but it will eventually strangle an economy unless the government can eventually let go.

When to let go

“All emerging markets follow a similar pattern,” Yeung said, speaking at the forum. “At the start of the process the state has to engage in a ‘Big Push’ to get the wheels of commerce turning, simply because it is the only entity with the money or resources to do anything. However, once the economy is up and running, at some point it must change to a ‘nurture’ strategy and step back. If it doesn’t then there is a danger of strangling the growth it started, and stagnation.”

Yeung pointed to the economies of Latin America in the 1980s as examples of countries that failed to make the change, and indeed there are plenty of examples of economies that fell into the stagnation trap in Western Europe as well.

In the Big Push, government has to invest heavily to pump liquidity into the economy and kick start economic activity. The Chinese economy hasn’t faced a collapse like Russia’s, but it needs a massive amount of investment to lay the groundwork for a market economy to function properly.

Guriev said that once the economy is working, the key is for the state to disengage and hand over the job of driving economic growth to the entrepreneurs and small- and medium-sized enterprises. Yeung added that once the economy starts to function, it also starts to use up its resources, so a key element of nurturing is “creative destruction” – companies that are not efficient must go bust to allow their resources to be put to better use elsewhere. A lack of creative destruction is the short road to stagnation.

Hold onto what you’ve got

This is where it starts to get tricky. During the Big Push, governments set up powerful lobbies and vested interests that don’t want to see their companies downgraded or sold off. In the inevitable political tussle that comes with a decision to change from pushing to nurturing a lot of very powerful voices emerge to argue the time is not right.

While China is clearly in the middle of its Big Push, it can be argued that Russia has already reached the point where it needs to transition to a more caring, less involved, kind of government. The trouble is that there is no clean break between the two stages. “You have to understand that the transition from one phase to the next one is not uniform,” said Guriev. “The needs [of the economy] change from region to region inside Russia, and from sector to sector.”

Russia has made a lot of progress, but the needs of its economy are very mixed. A joint survey conducted by the Moscow Higher School of Economics and Russia's leading economy magazine Ekspert in May found that since the total collapse of the economy in 1991, both incomes and consumption per household have soared and since 2000 have easily outstripped the progress in any of the other major emerging markets. While between 150 million and 300 million people in those markets still live in abject poverty, the average Russian has seen his or her income per capita increase by 45 percent between 1991 and 2008, while the volume of consumption per capita more than doubled.

Put in concrete terms, the survey found that the average Russian could buy two- to three-times more cigarettes, alcoholic beverages, cars and clothing with a 2008 salary compared to what a 1991 pay packet would cover. All in all, 80 percent of Russians have seen their income rise in the last 20 years – and in most cases, it has increased by at least one order of magnitude – while only one in five Russians have seen no change in income since the end of the Soviet Union.

Sectors connected to this boom in retail spending power have been the clear winners – things like retail, services and the media – and clearly the state is already in the position where it need do little more than nurture more growth in these areas. For example, Magnit – the country’s biggest supermarket chain – will see over $10 billion in turnover this year, but it still only has a 3 percent market share.

On the other hand, the manufacturing sectors are clearly still struggling. The state’s involvement in the power and automotive sectors has been highly successful and attracted tens of billions of dollars in foreign investment. However, the national champions in sectors like shipping, aviation and metallurgy have yet to really get going.

A question of timing

Still, the Kremlin seems to have gotten the message, and the two stages of transition are personified in Prime Minister Vladimir Putin and President Dmitry Medvedev.

Putin is in charge of the day-to-day running of the government and manages the oligarchs’ companies like the CEO of Kremlin, Inc. There are regular meetings between Putin and the oligarchs when they need to get the state to sign-off on their investment plans. At the same time, Putin has set up and oversees the running of several industrial national champions.

On the other side of the fence is Medvedev, who has begun judicial reforms, launched the first real anticorruption campaign and recently sacked a raft of senior state officials from their seats on the boards of Russia’s biggest state-owned companies.

Whatever you think about the balance of power and effectiveness of these two men, the state has committed itself to getting out of business and re-launched the privatization process, which is planning to raise up to 1 trillion rubles ($33 billion) in the next three years. State-owned banking giant VTB has already sold another 10 percent of its stock this year, despite poor market conditions, and will likely sell a similar-sized stake next year. Its sister state-controlled bank Sberbank will sell some 7 percent of its stock later this year, along with shipping powerhouse Sovkomflot and several other strategic assets.

But the stakes are high. Russia used up a lot of its spare capacity in the crisis and slower growth of about 4 percent is not fast enough to prevent things like infrastructure slowly crumbling away. This fall’s elections will make a big difference, but even assuming the government stays on course, it still has to get the speed of transition from its Big Push to nurturing the economy right, and that will not be easy to do.