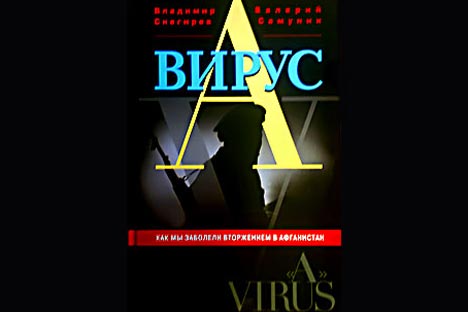 As the Afghan endgame begins with the phased withdrawal of Western forces in July, a new book revisits the Soviet misadventure in Afghanistan which may have lessons for the future of the country as well. Virus A, authored by Vladimir Snegirev and Valery Samunin (published by Rossiyskaya Gazeta recently) traces back the chain of tragic and bloody events that led to the decision to send Soviet troops beyond the Tajik border city of Panj and into Afghanistan in 1979.  Subtitled “How We Became Consumed with Invading Afghanistan”, the book is an ambitious undertaking, based on the premise that “understanding Afghanistan means taking a glance into your future.”

In their narrative, the authors mark April 27, 1978 as the beginning of the Soviet occupation of Afghanistan when the Saur (April) Revolution roared through Kabul. On this fateful day, Afghan President Muhammad Daoud Khan, his family and supporters were brutally murdered, and the People’s Democratic Party of Afghanistan took power. On December 27 1979, exactly 20 months later, Soviet Special Forces arrived in Afghanistan, their official mission being to provide protection for Afghan President Hafizullah Amin. The Special Forces, however, stormed Amin’s palace, killed him and engaged in a gory battle with the Afghan partisans that would drag on for more than nine years. Snegirev and Samunin believe that this 20-month period from April 27, 1978 to December 27, 1979 played a huge role not just in Afghanistan’s modern history, but also impinged on how global politics would play out in the future.

The April Revolution was the first link in the chain of conspiracies, plots and new murders, including the mysterious capturing and killing of United States Ambassador Adolph Dubs. The country’s new president, Nur Muhammad Taraki, a favourite of Moscow, quickly sprang into action to ruthlessly repress his party allies, religious leaders, the bourgeoisie, tribal leaders and anyone suspected of disloyalty. At the same time, Amin, his closest ally and “favourite student”, was moving step by step toward becoming the sole party and state leader. Amin ordered Taraki’s suffocation, and arrogated to himself the party’s top position. Soviet leaders sent a telegram to Amin with warm words congratulating him on becoming president, but in reality the Kremlin had already preordained Amin’s death sentence: the KGB suspected Amin of cooperating with the CIA and of plotting to free Afghanistan from the Soviet Union’s sphere of influence.

The book reads like a well-researched thriller and bristles with torrid sub-plots involving a variegated cast of personalities ranging from politburo members to low-ranking Afghan revolutionaries. The Soviet reconnaissance and the embassy’s work in Kabul are narrated through the eyes of a KGB officer (one of the book’s co-authors).

The narrative acquires an added resonance and authenticity as the authors are no arm-chair writers, but were actively involved with some of the events in Afghanistan described in the book. A foreign reconnaissance colonel, Valery Samunin did not just witness the twists and turns of the Saur Revolution, but also took direct part in them. A journalist and historian, Vladimir Snegirev spent a lot of time in this fascinating country, wrote several books, hundreds of newspaper articles several and his research dissertation on Afghanistan. For a long time he worked to find and free Soviet prisoners of war in Afghanistan and to discover what happened to those who went missing.

RIR Politics Fall of the USSR