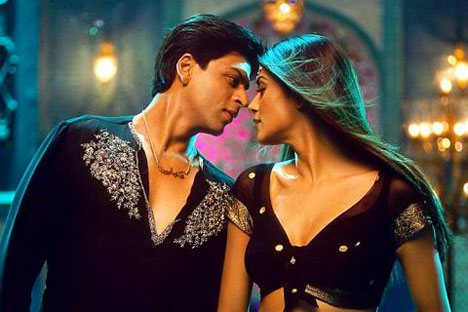 As an Indian in Russia, you’re never too far from people’s Bollywood stories. The second they sniff you’re from India, they’ll hum you their favourite tunes.

Imagine this - you walk into the lobby of one of Russia’s best hotels and go to the reception with a request. But before you finish your sentence, the grey-haired doorman comes up to you and interrupts.

“Are you from India?”

You say yes, wondering what was so important that he left the door to grab your attention. He hears your answer, smiles and takes two steps back.

“Do you know this?” Without warning, he breaks into perfectly paced pelvic thrusts and starts singing, “Jimmy, Jimmy, Jimmy…aaja, aaja, aaja…”

Now imagine it actually happened…because it did!

As an Indian in Russia, you’re never too far from people’s Bollywood stories. The second they sniff you’re from India, they’ll tell you how much they love Mithun Chakraborty, hum their favourite tunes, and even count how many times they’ve watched movies of the “Indian Charlie Chaplin” – the name that stuck with Raj Kapoor after Mera Naam Joker. Over time, I got used to this enthusiasm and even anticipated it. But my first months in Russia were full of surprises, much like the doorman’s dance.

My very first encounter was on a train. Back then, my Russian wasn’t good and my anaemic vocabulary arm-twisted me into being quieter than usually I am. In fact, it was only at dinner time that some semblance of a conversation began from my end.

“From India?!” the old couple to my right said in unison.

All three of them immediately broke into excited recollections of their beloved Bollywood moments. With dramatic gestures, their faces went from happy to sad to happy again, recounting what I believe were dialogues and scenes from movies. But sadly, it was all lost on me. Even when they asked me if I had seen a certain movie, I couldn’t decode the Russian version of the name. All I could grasp were the accented names of Amitabh Bachchan, Dharmendra and Raj Kapoor.

Sensing my frustration at not being able to understand, they switched to a language that did not need to be translated.

My jaw dropped. “You know this song?”

My embarrassment shot as high as my amazement. Even in Hindi, they knew more lyrics than I did!

Another time, I was sitting with Vladimir and Galina, who were fatally smitten with Bollywood. “Have you watched Zita i Gita? It is our all-time favourite.”

“Zita i Gita?” What could that be? Gita was definitely Indian but Zita, if anything, sounded Greek.

“It used to come on TV all the time...with the two girls...who looked like each other...and there was a fat lady," Vladmir explained.

I jumped in my seat with the excitement of the naked Archimedes when he had dropped the soap-bar into his bath. After countless failed attempts on all previous occasions, I had finally cracked this one. “Seeta aur Geeta!” And how funny to discuss with 30-year old Russians a movie that most 30-year old Indians haven’t seen! In case you’re as tempted as I was to check out Seeta aur Geeta dubbed in Russian.

Such stories float everywhere, and even bring perks. I was often offered discounts at local stores, and a Kyrgyz restaurant-owner at Lake Baikal did not let me pay for coffee just because I come from the country of Bollywood. And in Russia, Bollywood gets taken more seriously than democracy even.