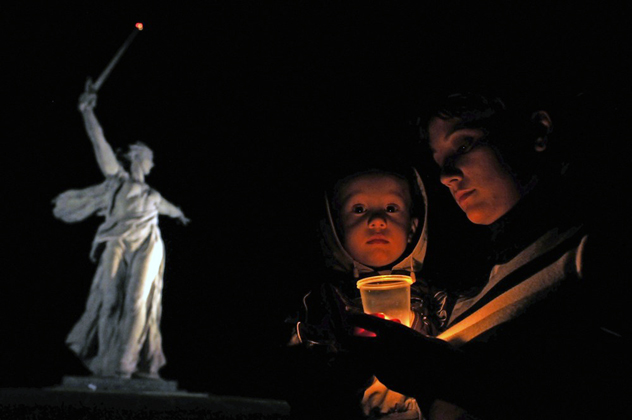 A mother and her son stand with a candle in front of the memorial sculpture "The Motherland Calls" during a remembrance ceremony in the southern Russian city of Volgograd June 21, 2011.

Russia marks the 70th anniversary of the start of its war against Nazi Germany, known to Russians as "The Great Patriotic War", on Wednesday, June 22, 2011.

Related stories: The Night Witches who ruled the skies